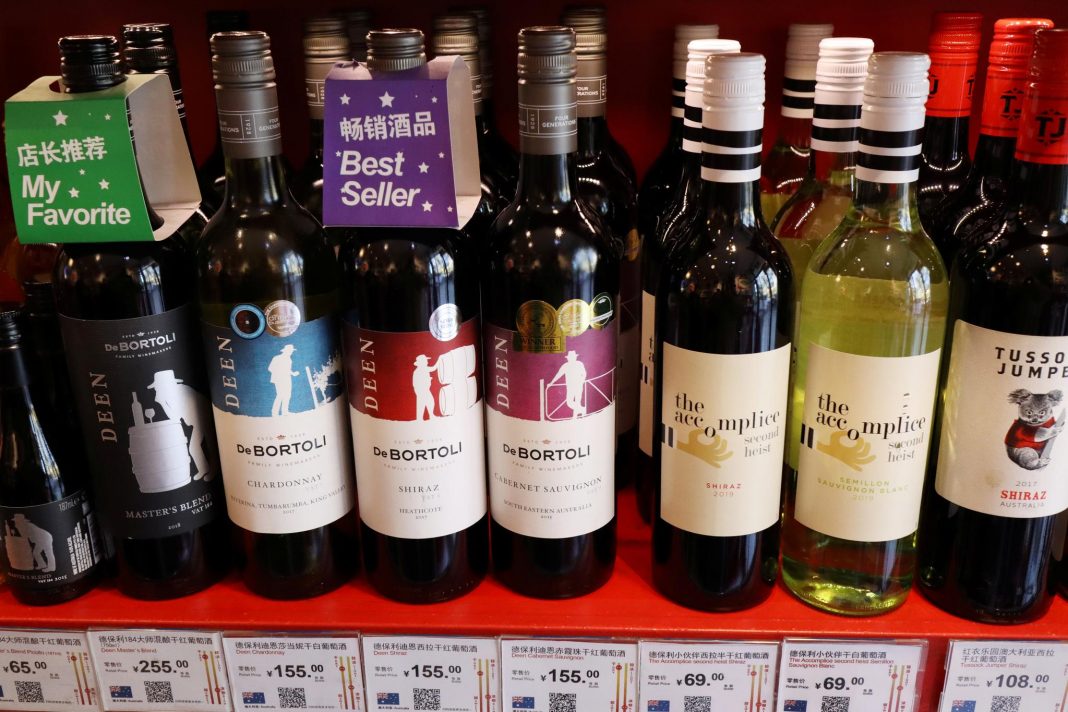 Australia has responded defiantly to China imposing anti-dumping tariffs on Australian wine, saying the “seriously concerning development” looks to be about diplomatic grievances and not any action by winemakers.

China will impose temporary anti-dumping tariffs of 107.1% to 212.1% on wine imported from Australia from Nov. 28, the Chinese Ministry of Commerce said on Friday.

Australia’s trade minister Simon Birmingham said the tariffs were unjustifiable and it was a distressing time for hundreds of wine producers because it “will render unviable for many businesses, their wine trade with China”.

“China’s recent comments gives the perception that it’s more about their grievances around those matters, rather than in fact around anything any industry has done wrong,” Australia’s agriculture minister David Littleproud told media on Friday.

He added, “It just doesn’t worry Australian exporters, it worries exporters from around the world.”

China began an anti-dumping probe in August at the request of the Chinese Alcoholic Drinks Association, but in Canberra the preliminary decision to impose tariffs was viewed as part of a pattern of punitive trade measures since Australia called for an independent inquiry into the origins of the coronavirus.

Birmingham pointed to “the cumulative impact of China’s trade sanctions against a number of Australian industries” and said if they were a response to other factors this would be “completely incompatible with the commitments China has given” to the World Trade Organisation.

This year China has imposed tariffs on Australian barley, suspended meat imports, and Chinese importers were told to expect customs delays across seven categories of Australian products from coal to seafood from November.

Importers bringing in Australian wine will need to pay deposits to China’s customs authority, which will be calculated based on different rates the authority has assigned to various companies, according to the statement.

The rate required of Treasury Wine was 169.3%, the highest among all the named wine firms in the statement. Shares of Australia’s Treasury Wine Estates Ltd, the world’s largest listed winemaker, fell more than 13% before being put on a trading halt pending an announcement.

An importer of Australian wine in Shanghai told Reuters:”I will stop importing Australian wines for at least 3 months to see how things go. Many importers will stop the business, according to what I know, because it is simple not workable with such a deposit.”

The Australian government will hold a meeting with winemakers on Friday.

Global green energy growth to fall for first time in 20...