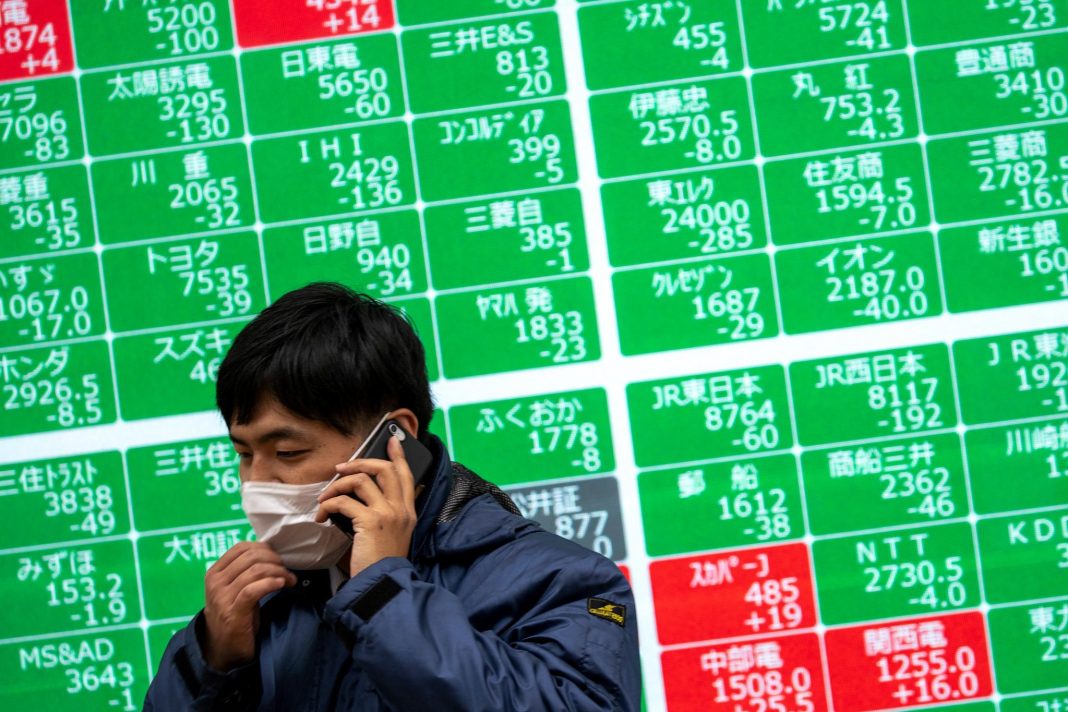 Global stocks scaled new peaks on Thursday, fueled by growing optimism that deals will be reached over a fresh U.S. stimulus package and a post-Brexit trade deal between the United Kingdom and the European Union.

From stocks to safe-haven gold and volatile bitcoin, financial assets were in festive mood. Bitcoin hit another all-time high after first shattering the $20,000 level on Wednesday.

U.S. congressional negotiators were “closing in on” a $900 billion COVID-19 aid bill expected to include $600-$700 stimulus checks to individuals, lawmakers said on Wednesday.

Progress on a stimulus package overshadowed continued concerns over the economic impact of the pandemic, highlighted by weak U.S. retail sales data on Wednesday.

“U.S. stocks are rallying on COVID relief bill optimism and hopes that a post-Brexit trade deal will be reached by Sunday,” said Edward Moya, senior market analyst at OANDA in New York.

The general risk-on mood sent the dollar to 2-1/2-year lows against major peers, while the MSCI world stock index reached a new high of 639.33. The index has climbed 16% since the end of October. Since then, multiple COVID-19 vaccine breakthroughs have been announced.

European stocks and the euro rallied for the fourth straight session as investors built up positions in riskier assets, anticipating a sharp economic recovery in 2021 backed by wider vaccine rollouts and ultra-easy monetary policy.

The British pound hit May 2018 highs on hopes of a post-Brexit trade deal.

“We see further (dollar) weakness ahead.”

Bond traders, however, were disappointed he did not extend the Fed’s purchase program deeper down the yield curve, and U.S. Treasuries sold off at longer tenors, but others took it as a signal the bank will have their back. [US/]

The Swiss National Bank also kept its ultra-expansive monetary policy on hold, keeping the world’s lowest interest rates and staying ready to launch currency interventions despite being labelled a currency manipulator by the United States.

Better-than-expected labour data in Australia pushed the Aussie as high as $0.7624, its strongest since mid-2018. [AUD/]

The Aussie is also riding high on surging prices for iron ore and a mood that has pushed currencies in Malaysia, Singapore, Thailand, Taiwan, Sweden and Norway to milestone peaks. [EMRG/FRX]

The kiwi rose to its strongest since early 2018 after New Zealand’s economic growth beat expectations.

U.S. Treasuries steadied, with the yield on benchmark ten-year government bonds flat at 0.9246%.

Cryptocurrency bitcoin extended gains after breaking past $20,000 overnight. It rose 8% to $23,058. Investors are attracted by its momentum – it is up 200% this year – and its purported resistance to inflation because of its limited supply.

Brent crude oil futures rose as much as 1.6% to their highest since early March – before over-production fears and virus worries pushed oil prices off a cliff. [O/R]