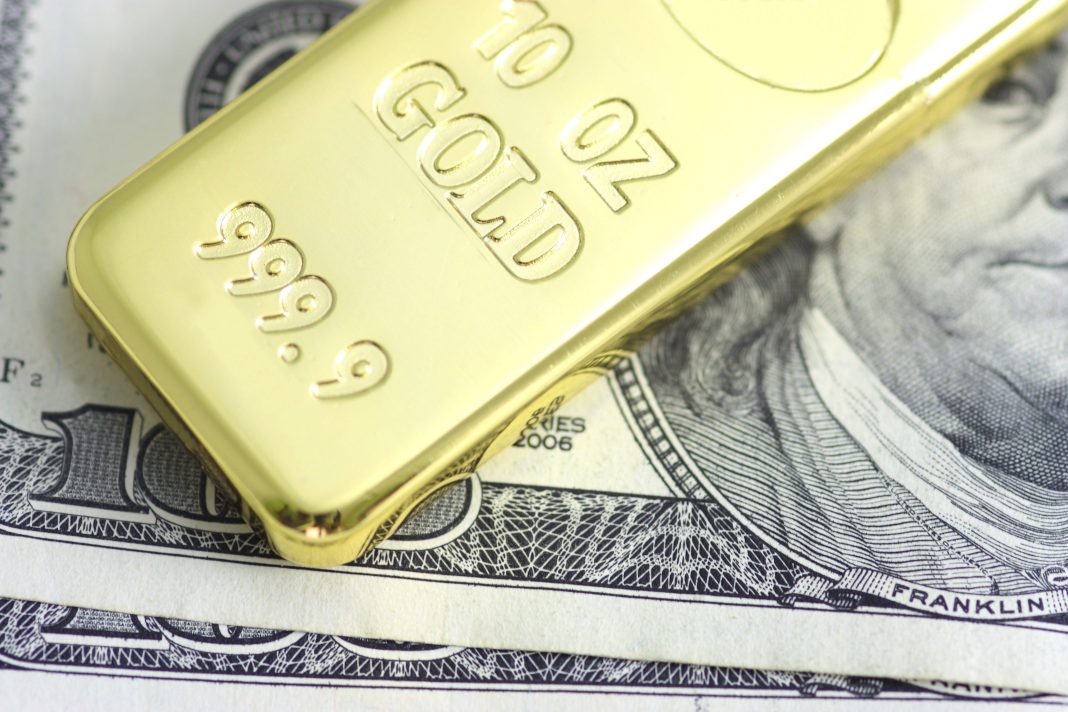 Extending the rally for the third day in a row, gold prices jumped to one-month highs above $1,880 as dollar sell-off continues amid US stimulus optimism. After the initial gains, the bullion has partially retreated from local tops but remained strongly bid due to persistent broad-based weakness in the greenback these days.

The dollar continues to lose its safe-haven appeal amid the reported progress in US fiscal stimulus and vaccination, thus pushing the precious metal higher. Late on Wednesday, gold received an extra boost from the Federal Reserve’s pledge to continue its bond purchase program until its inflation and employment objectives are achieved.

Furthermore, the metal derives support from the renewed downtrend in the US real yields. Of note, the yellow metal climbs north despite the persistent risk-on tone in the global financial markets as the sustained USD selling bias is seen as a key driver behind the current strength in gold.

From the technical point of view, there is scope for further gains in the gold market in the short term, as the prices are now holding well above the ascending 200-DMA (today at $1,812), while the daily RSI retains a bullish bias in the neutral territory, suggesting the least path of resistance is to the upside at this stage. So, if the prices manage to overcome the mentioned highs, the next target for bulls should be expected at $1,900, followed by the 100-DMA.

In case of a downside correction from the current levels, however, the bullion could retreat below the $1,860 region where the immediate support arrives. In a wider picture, the precious metal remains within a broader bearish trend while staying below the 20-weekly moving average that arrives marginally above the mentioned $1,900 threshold.

In the short term, traders will shift focus to the Bank of England decision and fresh economic data out of the United States including jobless claims data and the ADP employment report among others while the key US NFP release is scheduled for Friday.