Home Opinions This pandemic has politicians treating the public like children 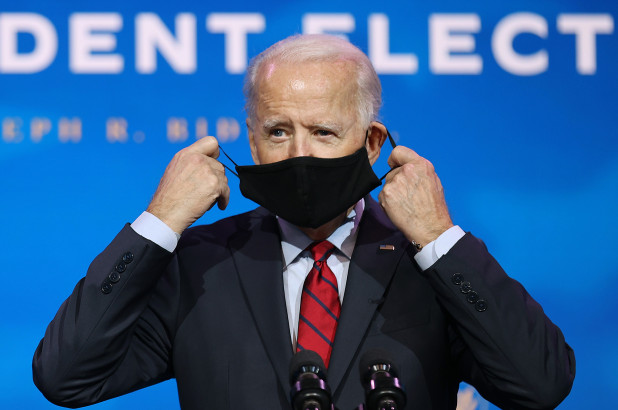 During a news conference last week, Gov. Cuomo put up a chart highlighting where the novel coronavirus is being spread. It turns out, a shocking 74 percent of new cases were caught at gatherings in private homes. Restaurants and bars, meanwhile, accounted for just 1.43 percent.

Makes sense? Of course, it doesn’t. Cases have been rising sharply in our state, a few months after Cuomo published a memoir celebrating his triumph over COVID-19. He must’ve felt he had to do something. And something is what he did.

His actions — shuttering businesses that weren’t responsible for most of the spread — are a symptom of the wider infantilization of the American people by elected officials. Politicians wield a vast power for its own sake: power over subjects whom they consider too stupid to object or to make rational decisions for themselves.

Cuomo, whose decisions yielded the highest death rate of any state, doesn’t know how to slow the spread of COVID-19. Instead, he keeps handing down unscientific edicts against already-struggling businesses.

He isn’t alone. In a recent ­interview with CNN, President-elect Joe Biden shared his plan to combat the COVID-19 spread: We will all wear masks for 100 days!

This was odd, because we’re all already wearing masks. And anyone who already refuses to wear masks in public places probably won’t start now at ­Uncle Joe’s behest, with vaccines on the horizon.

“Just 100 days to mask,” Biden said. “Not forever — 100 days.” That’s the vaguest instruction possible. Wear a mask when? Always? While we sleep? In ­between bites of food? At home with our families?

Perhaps if authorities would give us real, workable guidelines for how to protect ourselves, we’d see a decrease in spread. Instead, every time the numbers go up, politicos wag their fingers at us as if we are naughty children, even as most of us do our best to follow the self-contradicting, intelligence-insulting rules.

It would be so much more effective if the politicians told us: “Don’t wear your mask outdoors, when you’re not near anyone, but do wear it in close quarters with people indoors.” But they don’t say that, presumably thinking a hard, always-mask line is best. People stop taking the whole thing seriously.

It’s not just masking — it’s all of it. We’re tired of nonsensical rules and a relentless assault on our way of life. The continual ­focus on the positive test numbers seems like a smokescreen at this point. New York’s hospitalization and death rates remain low. In fact, our case numbers are in line with those of states like Florida, where everything is open. Why continue to follow a failed policy of closures?

Writing in The Los Angeles Times last week, Soumya Karlamangla said that people just aren’t listening to the blanket stay-at-home orders anymore. “The blunt messaging worked to bend the curve in the spring, when fear of the novel virus and the insidious ways it might spread kept many indoors. But nine months later, the words seem to have lost their meaning.”

Karlamangla quoted Dr. Monica Gandhi, an infectious-disease specialist at University of California, San Francisco, who said, “It’s not because the public is irresponsible; it’s because they are losing trust in public-health officials who put out arbitrary restrictions.”

Arbitrary is exactly right. In fact, it’s the word I used in these pages in early August to predict that people would stop listening, because so many of our safety guidelines made no sense. As I warned then, “pretend safety” has a high price. Rules that insult Americans’ ­intelligence eventually lose credibility, as will the authorities that promulgate them. The danger was always that people tired of being imposed upon by stupidity would stop following the rules altogether.

Some have. Had politicians trusted Americans and told them to do the best they could with a virus that was hard to stop, we might be in a better place in terms of COVID-19 numbers, the economy and our general sanity.

In March, it might have been OK to make sweeping proclamations, but now we need smart, targeted, precise ­responses. That begins with the assumption that Americans aren’t children incapable of calculating risk and making our own wise decisions.

Washington’s birthday was celebrated during his presidency, successors hated it