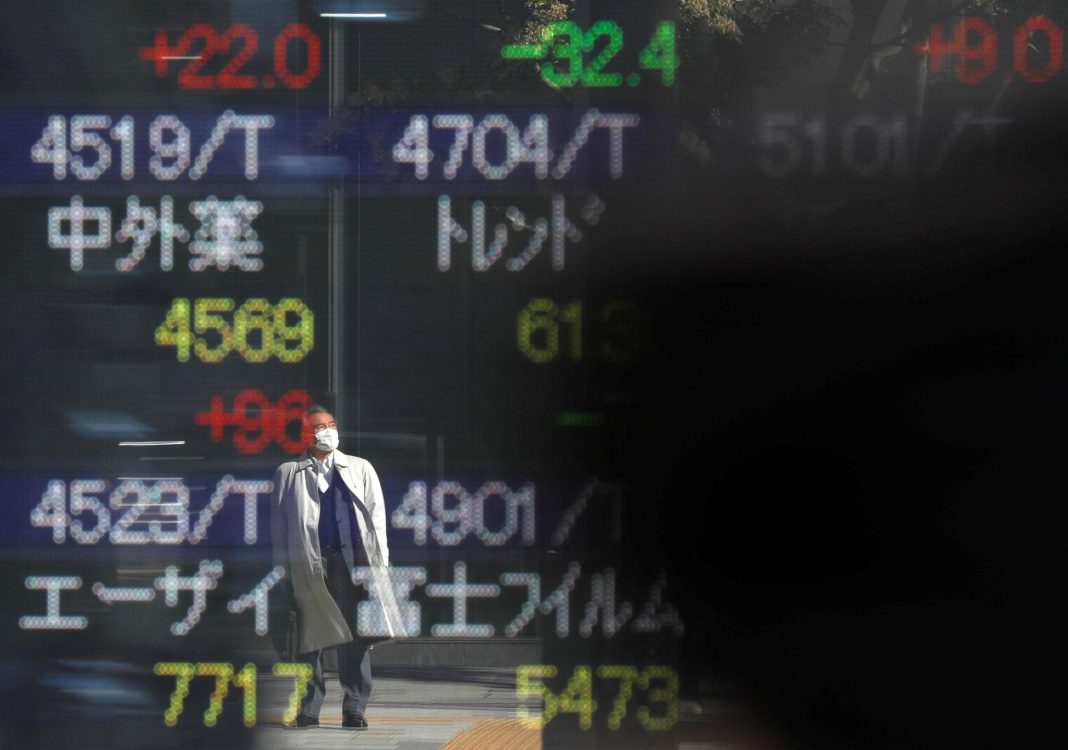 Stocks began a busy week with guarded gains as investors gauged the chance of added U.S. fiscal and monetary stimulus, while the British pound rose in relief as a last-gasp extension to Brexit talks dodged a hard divorce.

Progress on coronavirus vaccines cheered risk sentiment, with the first shipments speeding across the United States as part of an historic mission to inoculate more than 100 million people by the end of March.

“The vaccine has and will likely continue to provide a tailwind to the market that is allowing investors to look beyond record case levels, hospitalisations, and deaths,” said analysts at JPMorgan in a note.

MSCI’s broadest index of Asia-Pacific shares outside Japan edged up 0.1%, having hit a string of record highs last week.

Japan’s Nikkei rose 0.5% as a survey showed the mood among hard-hit Japanese businesses had improved in the December quarter.

Sterling firmed on both the euro and the dollar after Britain and the European Union agreed to continue talks on post-Brexit trade beyond Sunday’s deadline.

“Our base case remains that a ‘thin’ free trade agreement will be reached before the end of the year,” analysts at Goldman Sachs wrote in a note.

“That said, there is plenty of uncertainty and our economists, given the lack of progress in recent weeks, now see rising risks of a no-deal outcome.”

That could see the euro climb to 96.00 pence, while a deal could send the pound rallying to 87.00 per euro, Goldman predicted.

The single currency has already been charging hard against the U.S. dollar, which many analysts believe has entered a cyclical downtrend as the prospect of a vaccine-driven global economic recovery lessens the need for safe havens.

An added hurdle for the dollar will be the Federal Reserve’s policy meeting on Dec. 15-16. The market is assuming the central bank will merely refine its forward guidance on policy rather than buying more bonds or “twisting” its portfolio to add more longer-dated debt.

“The risk is then if the Fed does unveil a surprise twist at this meeting, then Treasuries could rally and the USD could fall,” said Tapas Strickland, a director of economics at NAB.

An extra wrinkle is the chance of a U.S. deal on fiscal stimulus after a top Democrat hinted they might compromise to get an agreement past Republican objections.

Reuters reported the $908 billion relief plan will be split in two in an effort to win approval and could be introduced as early as Monday.

All the talk of stimulus has helped put a floor under gold, leaving it a shade lower at $1,836 an ounce. Considered a hedge against inflation and currency debasement, gold has gained more than 21% this year.

Oil prices moved higher on Monday having now rallied for six weeks straight as investors priced in a global recovery next year.

How a Texas oil CEO’s luxury land deals cost him his...