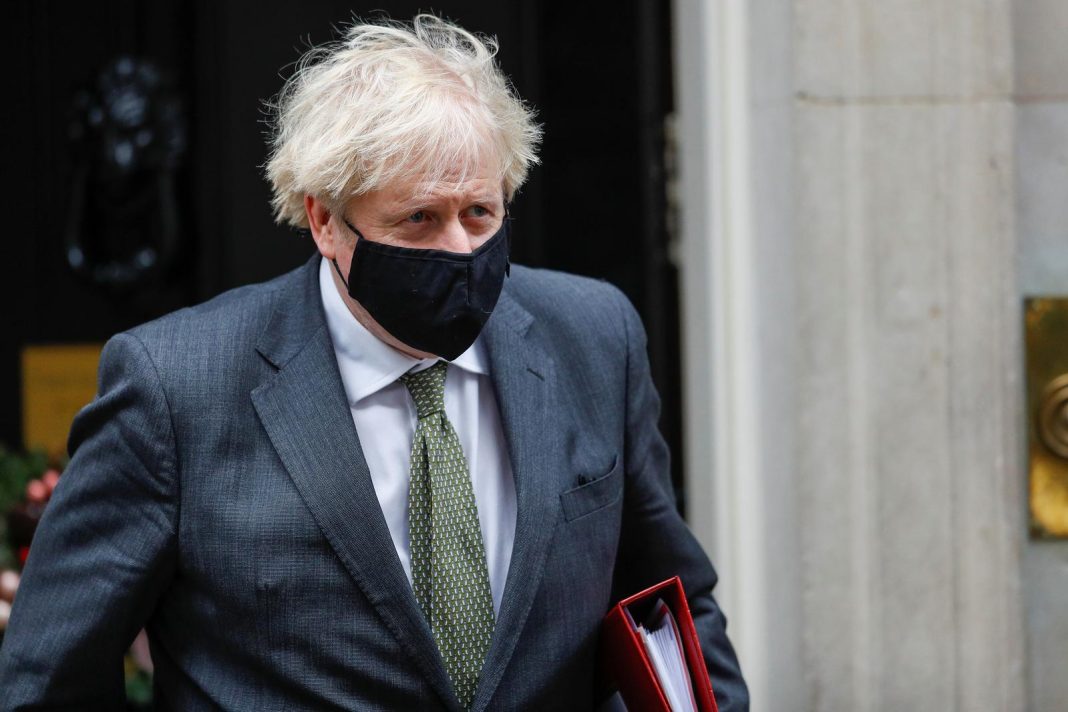 British Prime Minister Boris Johnson warned the European Union on Wednesday it must scrap demands which he says are unacceptable if there is to be a Brexit trade deal to avoid a turbulent breakup in three weeks.

With fears growing of a chaotic no-deal finale to the five-year Brexit crisis, Johnson was heading to Brussels later on Wednesday for talks with European Commission President Ursula von der Leyen over dinner at 1800 GMT.

Both sides cast the meeting as a chance to unlock the stalled trade talks but acknowledge there is a danger that there may be no trade deal in place when Britain finally leaves the EU’s orbit on Dec. 31.

Johnson said Brussels wanted the United Kingdom to comply with new EU laws in the future or be automatically punished, and was insisting it give up sovereign control over British fishing waters.

“I don’t believe that those are terms that any prime minister of this country should accept,” Johnson told the British parliament to cheers from lawmakers in his Conservative Party.

Johnson said “a good deal” could still be done if the EU scrapped its demands, but Britain would prosper with or without a trade deal.

A British government source said a deal may not be possible, as did EU chief Brexit negotiator Michel Barnier.

Britain formally left the EU in January, but has since been in a transition period during which it remains in the EU single market and customs union, meaning that rules on trade, travel and business have stayed the same.

That ends on Dec. 31. If by then there is no agreement to protect around $1 trillion in annual trade from tariffs and quotas, businesses on both sides will suffer.

Failure to agree a deal would snarl borders, shock financial markets and sow chaos through supply chains as the world faces the economic cost of COVID-19.

A measure of expected price swings in the British pound known as overnight implied volatility jumped 25% to the highest since March..

Johnson portrays Brexit as a chance to give Britain an independent, more agile economy. EU powers fear London wants the best of both worlds – preferential access to EU markets but with the advantage to set its own rules.

That, they say, would undermine the post-World War Two project which sought to bind the ruined nations of Europe – and particularly Germany and France – into a global trading power.

German Chancellor Angela Merkel, Europe’s most powerful leader, said there was still a chance of a deal but the integrity of the EU’s internal market must be preserved.

“If there are conditions from the British side which we cannot accept, we are prepared to go down a road which is without an exit agreement,” she told German parliament.

The main sticking points have been over fishing rights in Britain’s rich waters, ensuring fair competition for companies on either side, and ways to solve future disputes.

Britain said on Tuesday it had clinched a deal with the EU over how to manage the Ireland-Northern Ireland border, and would now drop clauses in draft domestic legislation that would have breached a Brexit withdrawal agreement signed in January.

Michael Gove, one of Johnson’s senior ministers, said that agreement opened “a smoother glide path” towards a trade deal. But if a trade deal is not done, finance minister Rishi Sunak will take steps to ensure British businesses are competitive, Gove said.