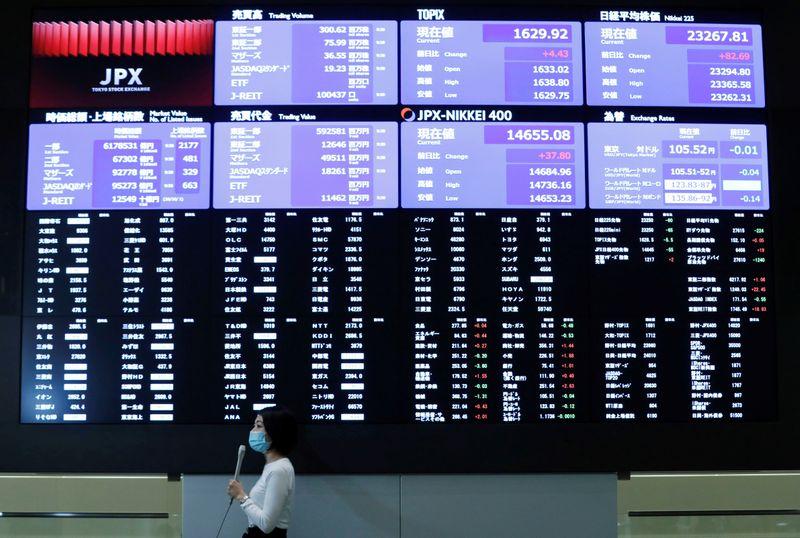 World equity benchmarks inched higher along with safe haven assets such as gold and U.S. Treasury bonds on Thursday as hopes for a vaccine-led economic recovery offset warnings the death toll from the coronavirus pandemic could spike in the coming weeks.

Stocks have raced to global record peaks over the last four weeks, pushing the dollar down to 2 1/2 year lows, following the announcement of three viable vaccines.

Britain will begin inoculations next week, while the U.S. Food and Drug Administration will holding its own advisory committee meeting next week that could determine when treatments are approved for use in the country. New York Governor Andrew Cuomo has said the state’s first vaccine delivery, enough for 170,000 residents, is expected on Dec. 15.

“Markets have pulled forward and bridged the gap between where we were pre-vaccine and where we are going to be when everyone has got the shot,” said Ned Rumpeltin, European head of currency strategy at TD Securities.

“It puts a floor under the long-term risks, but there are plenty of short-term ones in the interim that we need to sort out,” Rumpeltin said.

The head of the U.S. Centers for Disease Control and Prevention warned Wednesday that the months of December, January, and February will be “the most difficult time in the public health history of this nation.”

The mayor of Los Angeles, meanwhile, imposed sweeping new economic restrictions on Wednesday and said that “our City is now close to a devastating tipping point.”

MSCI’s gauge of stocks across the globe gained 0.37% following broad gains in Asia and mixed trading in Europe.

Investors continued to look for signs that a stimulus deal could be reached in the U.S. to boost the economy until vaccines are widely available.

The Labor Department said Thursday that initial jobless claims decreased to a seasonally adjusted 712,000 for the week ended Nov. 28. Economists polled by Reuters had forecast 775,000 applications for the latest week.

Oil prices slipped on Thursday as producers including Saudi Arabia and Russia locked horns over the need to extend record production cuts set in place in the first wave of the COVID-19 pandemic. [O/R]

Sterling down slightly, but traders remain hopeful of a Conservative Party...