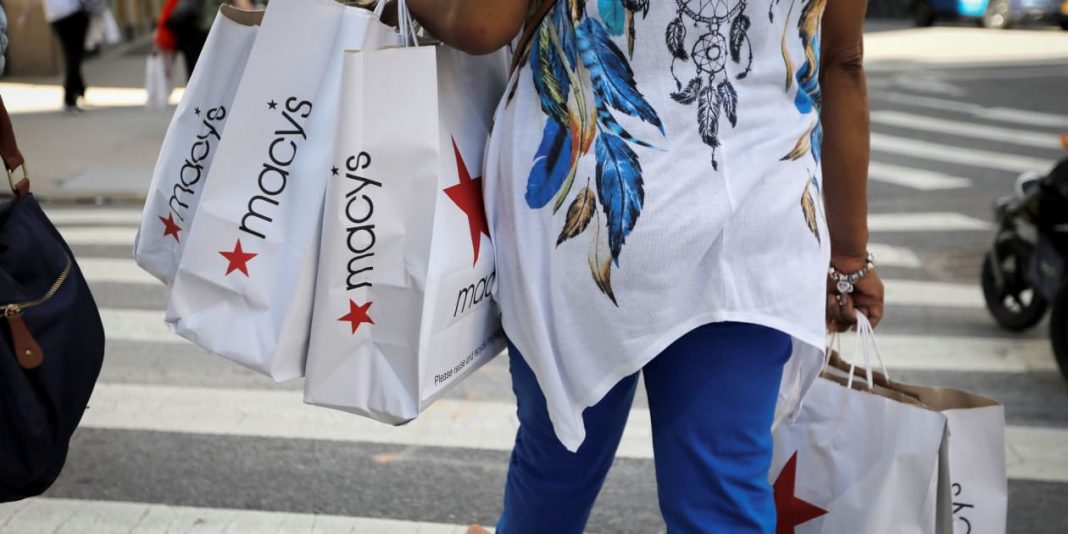 Retail sales rose 0.3% last month, the Commerce Department said on Tuesday. Data for September was revised down to show sales surging 1.6% instead of shooting up 1.9% as previously reported. Economists polled by Reuters had forecast retail sales would gain 0.5% in October.

Excluding automobiles, gasoline, building materials and food services, retail sales nudged up 0.1% after a downwardly revised 0.9% increase in September. These so-called core retail sales correspond most closely with the consumer spending component of gross domestic product. They were previously estimated to have risen 1.4% in September.

Daily new coronavirus cases have been exceeding 100,000 since early this month, pushing the number of infections in the United States above 11 million, according to a Reuters tally. Some state and local governments have imposed new restrictions on businesses.

Restrictions and consumer avoidance of crowded places like bars and restaurants could undercut spending and trigger another wave of layoffs, further squeezing incomes following the loss of a government weekly unemployment subsidy.

The supplement, which was part of more than $3 trillion in government coronavirus relief, has lapsed for millions of unemployed and underemployed workers. Millions more will lose benefits next month when a government-funded program for the self-employed, gig workers and others who do not qualify for the regular state unemployment programs expires.

Another government program providing benefits for people who have exhausted their six months of eligibility for state aid will also lapse at the end of December.

Economists expect moderate retail sales growth for the rest of the year, which will contribute to slower economic growth after a historic rebound in gross domestic product in the third quarter. A JPMorgan survey of credit and debit cardholders showed a broad decline in spending through Nov. 9, with big drops in states where Covid-19 is spreading most rapidly.

Growth estimates for the fourth quarter are below a 5% annualized rate. The economy grew at a 33.1% rate in the July-September quarter after contracting at 31.4% pace in the second quarter, the deepest since the government started keeping records in 1947.