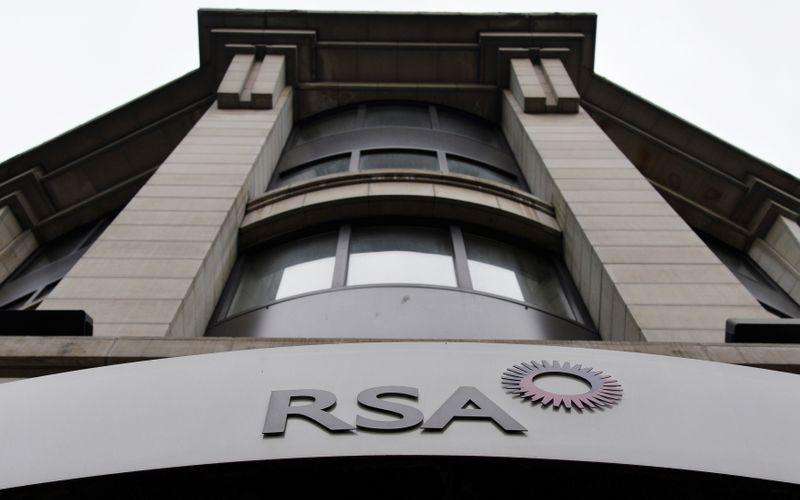 Insurers have become an attractive proposition since the coronavirus crisis despite reputational damage from disputes over business interruption claims, industry sources say. Home-working has led to fewer claims on home and motor insurance while commercial insurance rates have risen sharply.

RSA’s directors backed the Intact-Tryg bid unanimously and recommended shareholders vote in favour of the consortium’s offer, the company said on Wednesday, having first flagged the approach early this month.

Best known in Britain for its More Than brand, RSA provides home, motor and commercial insurance and also has large operations in Canada, Ireland and Scandinavia.

RSA Chief Executive Stephen Hester told reporters he planned to step down after the deal’s completion, adding that he expects a small number of job losses at the group’s UK headquarters and in Canada and Scandinavia as those businesses are integrated.

“RSA has been transformed over the last six years,” Hester said, adding that the deal “represents an excellent outcome for all of our constituencies”.

The former NatWest boss said he expects the deal to complete in the second quarter of 2021 but has no plans for the future as yet.

The proposed takeover would result in the break-up of the British group, with suitors carving it up between them. Intact would gain RSA’s Canada, UK and international operations while Tryg would take the Sweden and Norway businesses. The pair would co-own RSA’s Danish unit.

Tryg would pay 4.2 billion pounds while Intact would contribute 3 billion pounds, with the overall offer representing a 51% premium to RSA’s Nov. 4 closing share price of 460 pence.

“Our deep knowledge of these markets makes us ideally placed to integrate, operate and enhance the value of our combined group,” Tryg CEO Morten Hubbe said in a statement.

KBW analysts described the deal as “transformational” for Tryg.

“We assess that the long-term competitiveness of RSA’s business will benefit from combining with Tryg and Intact, the best-performing non-life companies in their respective geographies,” said Christer Gardell, co-founder of Cevian, which owns a 14.9% stake in RSA.

Gardell added that Hester had put RSA on a better footing. Since joining in 2014, Hester has shored up the balance sheet with a 773 million pound rights issue and scaled back underperforming operations.

Industry sources said RSA had been seeking a buyer since a 5.6 billion pound bid from Zurich Insurance collapsed in 2015.

However, the appetite for deals has been growing across the sector. In August motor insurer Hastings agreed to be bought by Finland’s Sampo and South Africa’s Rand Merchant Investment.