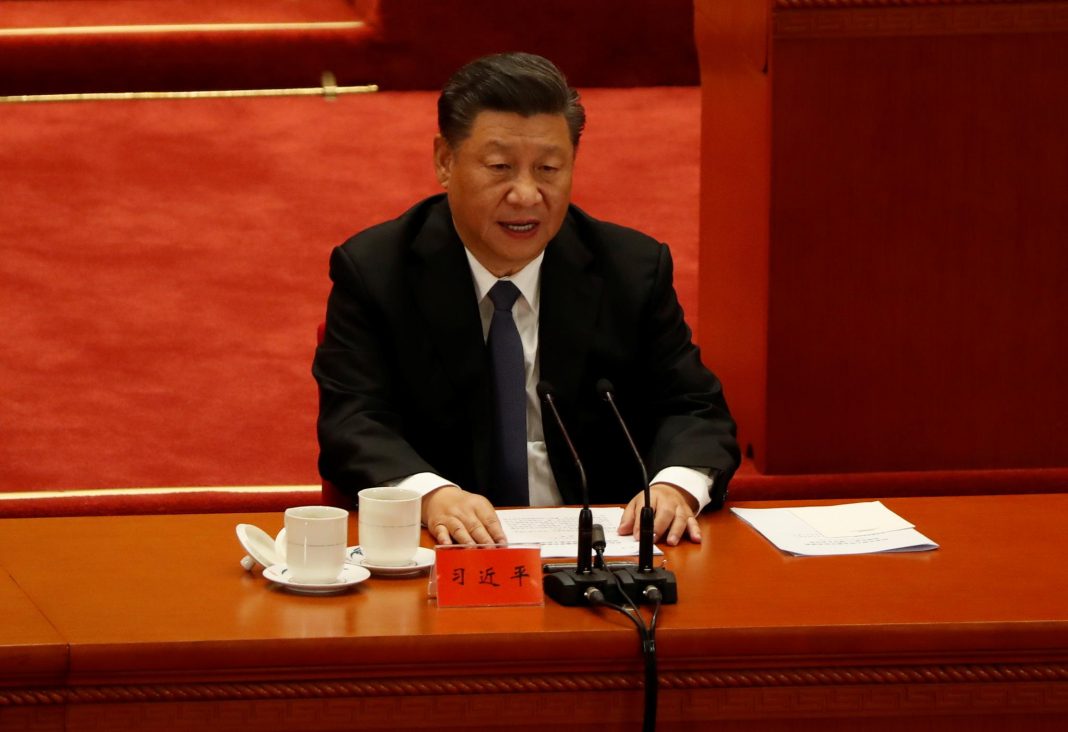 Chinese President Xi Jinping, commenting on the ruling Communist Party’s recommendations for the next five years, said on Tuesday said the country faces a significant increase in risks.

Xi and the Central Committee, the largest of the ruling Communist Party’s top decision-making bodies, concluded a four-day meeting on economic and social policy goals for the next five years last month.

It was not immediately clear to what risks Xi was referring but China faces rising tensions with the United States over issues including trade, Hong Kong, Xinjiang and human rights and economic shocks brought about by the coronavirus pandemic.

“At present and over the next phase, China is prone to all kinds of contradictions and risks, and the various risk factors, both foreseeable and unforeseeable, have increased significantly,” Xi was quoted by the Xinhua state news agency as saying.

Rather than setting a numerical goal to double GDP or per capita income by 2035, China will prioritise optimising economic structure and development quality, Xi said.

However, reaching such goals is “entirely possible”, he said, adding that China was set to declare it has achieved the goal of turning the country into a moderately prosperous society in the first half of 2021.

China is doubling down on domestic consumption and innovation, while aiming for sustained and healthy economic development, with an emphasis on a higher quality of growth, the party said in a communique last week.

China is set to narrowly miss a previous goal of doubling GDP in the decade to 2020, as the economy needs to grow at least 5.6% this year to hit that target. The economy could grow just over 2% this year.

In the party’s recommendations for economic and social development, it said technological prowess would drive growth, with key projects planned in artificial intelligence, quantum information, semiconductors and other areas.

It will encourage the merger of companies in strategic emerging industries and provide tax incentives for companies involved in basic scientific research. Development of China’s sovereign digital currency will be steadily pushed forward.

China will boost the overall competitiveness of the state economy and keep manufacturing industry’s role in the economy basically stable, said the party, while reiterating its existing policy of discouraging speculation in the property market.