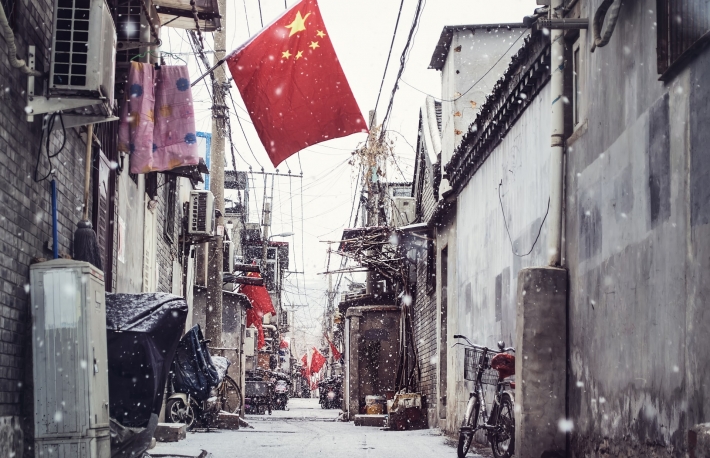 When Nervos co-founder Guoning Lü saw a few China-based decentralized finance (DeFi) projects raise millions of dollars in a matter of hours, he knew the DeFi craze had officially reached the East.

One project saw its total value locked (TVL) climb from $2.9 million to $14.4 million within two weeks after launching in August, before tripling three days later. The project called DODO, a liquidity provider founded by a Chinese development team, now has total value locked (TVL) – the total amount of assets staked in the protocol – of over $100 million, ranking 16th in DeFi Pulse as of press time.

DeFi is one of the hottest trends in the crypto world. So it’s not surprising the DeFi craze would find its way to China, which has an active cryptocurrency community despite government restrictions on trading and token sales.

Chinese startups are playing a crucial role in the DeFi boom with highly localized and nimble adaptations of western projects as well as a marketing apparatus that is laser-focused on Chinese crypto communities, industry watchers say.

From July through the middle of October, the number of searches for DeFi has soared on China’s social media platform WeChat. It has almost doubled during this period of time, according to WeChat Index, a data analysis tool that includes keyword searches, articles and forwards in WeChat moments.

Major Defi projects, such as NEST, DForce and YFII, all with huge Chinese followings, have raised millions of dollars in the span of a few weeks and topped the TVL ranking on DeFi Pulse.

“Admittedly, many Chinese projects copy code from western DeFi pioneers such as the liquidity leader Yearn.Finance and decentralized exchange UniSwap,” Nervos’ Lü said. “However, Chinese companies are making innovations in localizing the original products and that is what makes DeFi products more popular in the country.”

DeFi-friendly crypto wallets, centralized exchanges’ financing schemes for retail investors and targeted marketing strategies are among the localized products and services that Chinese startups have created to pave the way for DeFi inside the country.

“Not many people know how to use DeFi applications directly given its complex technical features and financial schemes,” Lü said. “However, many Chinese crypto wallets simplify and optimize processes for users to participate in DeFi projects.”

Hangzhou-based imToken, for example, is one of the most popular mobile wallets in China. It has a built-in decentralized exchange (DEX), Tokenlon, enabling its users to trade tokens from different dapps on Ethereum, EOS and TRON within the wallet.

While the wallet is natively integrated with blockchain protocol Kyber, the in-wallet DEX is built on top of the code from another DeFi project 0x. Founded in 2016, imToken secured $10 million through a Series A round led by IDG Capital two years ago.

While some U.S. counterparts may also provide similar services, such wallets have emerged to be one of the major channels for Chinese investors to participate in DeFi, Lü said

Trading costs are another hurdle for retail investors to participate in DeFi. As most DeFi dapps run on Ethereum, transaction fees on the blockchain have become prohibitively high for smaller investors.

Centralized exchanges, which are major players behind the Chinese DeFi scene, have a solution for that, said Jason Wu, CEO of decentralized crypto lending startup DeFiner.

“Centralized exchanges are pooling money from retail inventors to invest in DeFi so that millions of Chinese smaller investors can afford the high gas fees in the projects,” Wu said. In turn, these centralized exchanges increase trading volume and earn more fees by listing and trading the native governance tokens of such DeFi projects on their platform.

Community building and marketing strategies are crucial to the success of a DeFi project. In China, key opinion leaders (KOLs), in-person meetups and online Ask Me Anything (AMA) gatherings are all key parts of the crypto marketing apparatus, Jason Wu said.

“The crypto space, including DeFi, is very KOL-driven,” said Sharlyn Wu, chief investment officer at Huobi DeFi Labs. “For a new project coming to the market, you need a number of KOL to support it and the KOL will influence a bigger group of audience to get into the projects.”

Many of the KOLs in China understand English, and they translate and process the western thought leaders’ content to inform the Chinese crypto community, according to Jason Wu.

There are three tiers of KOLs, says Sharlyn Wu. “The KOLs in tier 1 dig into white papers, code and the formula of economic models and the tier 2 KOLs basically translate to the Chinese community. Tier 3 KOLs are the ones who move things to the border retail market.”

Now, in-person meetings and conferences are coming back as China appears to have contained the spread of coronavirus. DeFi-themed gatherings have increased recently in China, Jason Wu said.

“Last week, I attended three conferences across three Chinese cities. Some of the conferences held more than 1,000 participants,” said Jason Wu, who has launched his own DeFi project recently. “There are retail investors, but most people there are business development managers from centralized exchanges, DeFi startups and crypto media members.”

Wu said Chinese KOLs tend not to use Weibo, the Chinese version of Twitter, as their main social platform. He noted there are many limitations on topics you can post about, such as direct trading between fiat and cryptocurrencies.

WeChat is also where most online meetings take place in the crypto community. Through Ask Me Anythings (AMAs), crypto investors ask Chinese KOLs about new DeFi products and the latest industry trends.

According to Jason Wu, Chinese crypto media also plays an important role in informing people of new DeFi projects, in addition to organizing conferences. They tend to focus on the technical side of the crypto business since the Chinese central bank restricts the promotion of crypto trading.

“Capital in crypto is always on the lookout for returns, and DeFi has offered a great opportunity.”    Lü said. “When liquidity mining took off earlier this year, the capital started not only flowing into but concentrated in the DeFi space.”

The capital that backs Chinese DeFi projects might not come from new capital but two existing forces that have existed in the Chinese crypto industry for a long time, he said.

On the one hand are the industrialists who have invested in infrastructure and ecosystem, who share dividends as the whole space grows, he says. On the other are institutional investors that tend to be more speculative and prioritize short-term gains.

China’s deep pockets in crypto can be traced back to its crypto mining industry with miner maker giants such as Bitmain and MicroBT.

China-originated centralized exchanges such as Huobi, KuCoin and Binance have also been a driving force behind many crypto crazes in China.

Binance, Huobi and Kucoin, three exchange giants birthed in China, have made efforts to get into the DeFi space. Binance recently rolled out its patented blockchain, where developers can build DeFi applications on the platform, while Huobi launched DeFi Labs to back DeFi hopefuls. All three exchanges have listed DeFi assets such as governance tokens for trading.

The first wave that hit China’s DeFi scene is casino-style gambling, Sharlyn Wu said, noting there has been too much speculation in the market. But this could change. And China may not always be in the position of following the West.

“Even though Asia was initially behind in the first wave of the DeFi from the U.S., I think developers in China will lead DeFi the way they have led CeFi,” Sharlyn Wu said.