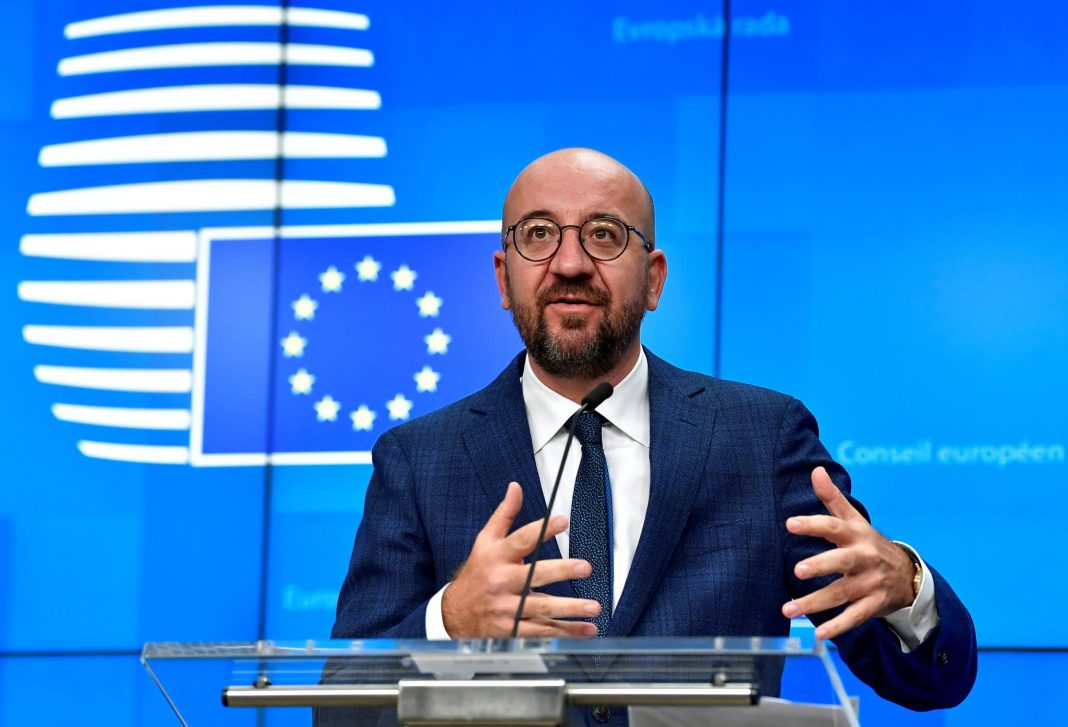 European Union leaders said on Thursday agreeing a “fair” new partnership with Britain was “worth every effort” but that the bloc would not compromise at any cost and was ready for an abrupt split in trade worth a trillion euros every year.

Meeting face-to-face for only the third time in the coronavirus pandemic, the EU leaders wore masks and kept their distance as they gathered in Brussels to discuss Brexit, where a new trade pact is still elusive as an year-end deadline nears.

“We want a deal, but obviously not at any price. It has to be a fair agreement that serves the interests of both sides. This is worth every effort,” said German Chancellor Angela Merkel.

Britain left the EU in January and the estranged allies have since been locked in complex negotiations to try and keep trading without tariffs or quotas from 2021.

Talks have narrowed gaps on issues from social welfare to transport but three contentious areas have so far prevented a deal: fair competition, dispute resolution and fisheries, which is particularly important to France.

“In no case shall our fishermen be sacrificed for Brexit,” French President Emmanuel Macron said on arriving in Brussels.

“If these conditions are not met, it’s possible we won’t have a deal. If the right terms can’t be found at the end of these discussions, we’re ready for a no-deal for our future relations,” he added.

With businesses and markets increasingly jittery as the deadline nears, Thursday’s EU summit is to approve extending the negotiations with a demand for Britain to budge, as well as stepping up contingency plans for an abrupt split.

Ireland, the EU member most exposed to a chaotic rupture, said smooth post-Brexit trade between the world’s sixth largest economy and biggest trading bloc was still possible and even more essential given the economic havoc of the COVID-19 crisis.

“Where there is a will there’s a way,” Irish Prime Minister Micheal Martin told EU leaders meeting in Brussels.

“With COVID-19 having such a devastating impact on society and on the economies in the United Kingdom and across Europe obviously leaders will not want to hit citizens with a shock a no-deal would represent.”

The pandemic has thrust Europe into unprecedented recession and many nations are tightening restrictions again to combat a second infection wave sweeping the continent as winter looms.

Given the economic malaise and global instability, it would be “crazy” if the estranged allies failed to agree, said Dutch Prime Minister Mark Rutte.

Prime Minister Boris Johnson’s spokesman said Britain would reflect on the Brussels meeting before deciding next steps. “We’ve always been clear that a negotiated outcome is our preference,” he said.

Many on financial markets expect a thin deal by early November, though after several more weeks of drama.

The EU has warned it will not leave fishing rights to last and that they must be part of a wider deal together with issues like financial services where London has a weaker hand.

Britain wants to be able to regulate its own corporate subsidies freely in the future, while the EU seeks to lock in joint rules. Otherwise, the bloc says Britain cannot have free access to its cherished single market of 450 million consumers.