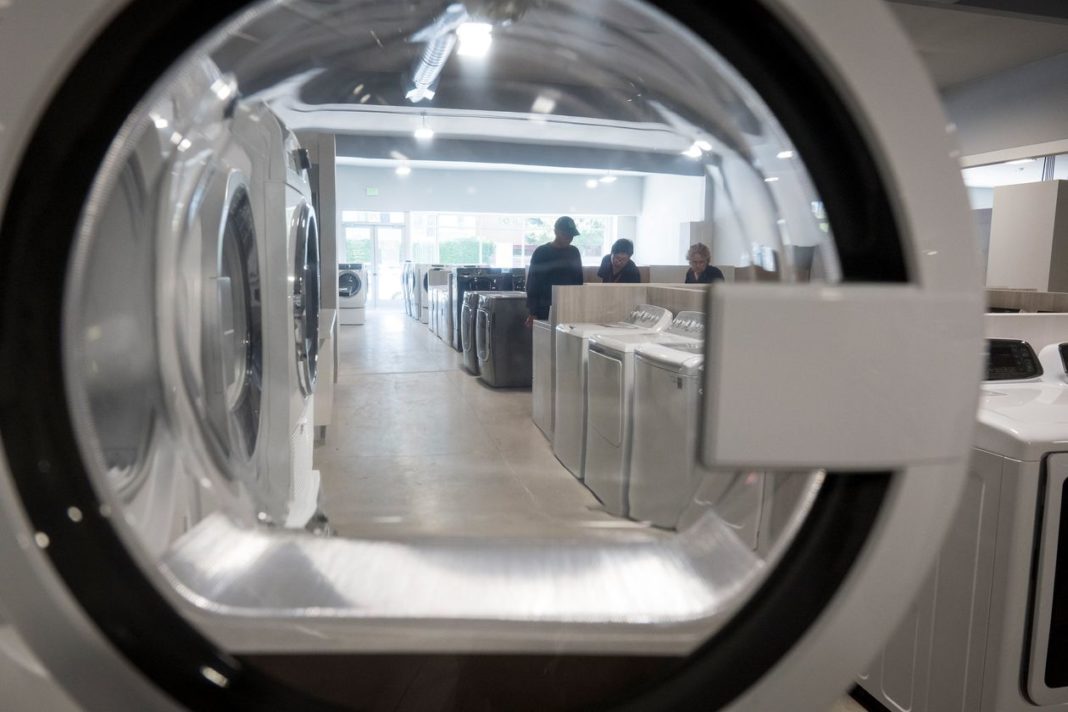 In the week ahead, data on U.S. durable-goods orders, along with eurozone figures on activity at factories and service providers, will be watched for signs of a further slowdown in manufacturing.

The National Association of Realtors releases figures on existing-home sales. Americans bought more previously owned homes in August than in July. Sales rose 1.3%, the strongest gain since March of last year. Economists surveyed by The Wall Street Journal expect sales pulled back in September and posted a 0.2% decline. This week’s report, in addition to figures on September new-home sales from the Commerce Department on Thursday, will offer fresh insight into how home buyers are responding to competing forces: While mortgage rates are historically low, the housing sector has been constrained in part by low inventory of affordably priced homes.

The Commerce Department issues figures on September durable-goods orders. Economists expect orders for durable goods—manufactured products intended to last at least three years—fell 0.8% in September from a month earlier. In August, sales rose 0.2%, marking the third straight month of gains. The durable-goods figures will follow recent U.S. industrial production data that added to evidence of a global manufacturing slowdown. The Federal Reserve reported on Thursday that manufacturing output, the biggest component of industrial production, fell 0.5% in September from a month earlier.

Surveys of purchasing managers in the eurozone are also due out Thursday. They are expected to show a stabilization of business activity in October, albeit at a very weak level. Economists expect the composite Purchasing Managers Index—an aggregate measure of manufacturing and services activity—to rise to 50.3 from 50.1 in September, barely above the 50.00 level that separates expansion from contraction. The surveys will be released as officials from the European Central Bank begin the final session of their policy meeting. They are expected to leave the central bank’s key interest rate unchanged at minus 0.5%, having lowered it in September and restarted a paused program of bond purchases.

The University of Michigan will issue final results of its October consumer sentiment survey. Preliminary results showed U.S. consumers were feeling more positive in early October, but were still cautious. Consumer spending has helped drive the U.S. economy this year, but recent data have suggested Americans may be pulling back on shopping. Retail sales—a measure of purchases at stores, at restaurants and online—decreased a seasonally adjusted 0.3% in September from a month earlier, the first monthly decline since February.