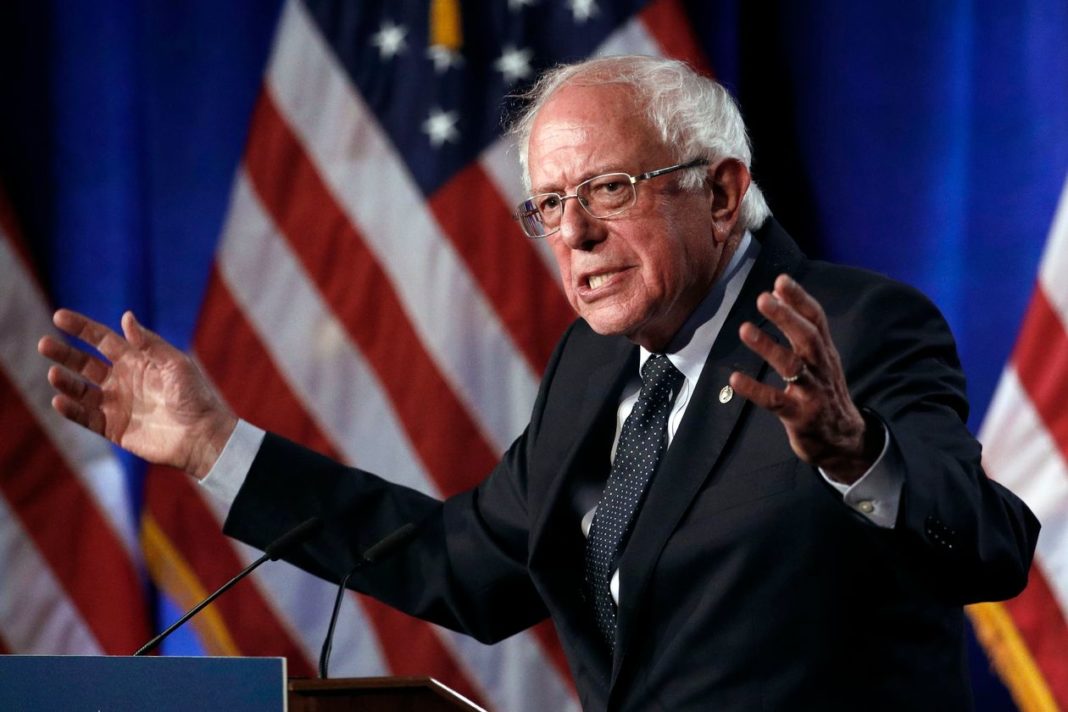 Bernie Sanders wants voters to know that he—not Elizabeth Warren —is the bona fide socialist running for President in 2020. “There are differences between Elizabeth and myself,” Mr. Sanders said Sunday on ABC. “Elizabeth I think, as you know, has said that she is a capitalist through her bones. I’m not.”

As he falls in the polls, Mr. Sanders has to do something to reignite that 2016 fire. But the Vermont Senator’s problem is that Ms. Warren has co-opted more or less all of his important policy proposals. True-blue socialists might thus conclude that in Ms. Warren they can get nearly all of Bernie’s agenda from a younger (barely, at age 70) candidate without the socialist label.

onsider the policy list. She and Mr. Sanders both want Medicare for All, including the end of private health insurance. The main difference is that Mr. Sanders admits he’d raise taxes on the middle class, while Ms. Warren ducks the question. They both vilify “the top 0.1%” and promise to make wealthy Americans “pay their fair share.” Her wealth tax would hit the net worth of “ultra-millionaires” at rates up to 3% a year. His would drain “extreme wealth” with a top rate of 8% a year.

It’s almost a vaudeville joke for policy wonks. What’s the difference between a socialist and a capitalist? Five percentage points, apparently. This punch line also holds regarding their respective proposals on “accountable capitalism” (Ms. Warren) and “corporate accountability” (Mr. Sanders). She wants to make big companies give 40% of their board seats to workers. He wants 45%.

They both would force these companies to get a new federal charter requiring them to consider “stakeholders” rather than shareholders in their business decisions. They both want to reimpose the old Glass-Steagall fence between commercial banking and investment banking. “The business model of Wall Street is fraud,” Mr. Sanders likes to say. Ms. Warren also thinks bankers are crooks: “Wall Street is looting the economy.” They agree the U.S. Postal Service should become a bank that offers government checking accounts and would compete with private banks.

On college as an entitlement, the two again see eye to eye. “It’s time to cancel student debt and make universal free college a reality,” one says. The other reverses the order: “We are going to make public colleges and universities tuition free, and cancel all student debt.” For the record, Ms. Warren’s plan is the first one.

Oh, and they both want to ban shale drilling for natural gas and oil, and they have both co-sponsored the Green New Deal resolution that calls for getting the U.S. economy to net zero carbon emissions within 10 years.

We could go on, and here and there they do diverge. Ms. Warren hasn’t endorsed Bernie’s daffy scheme for national rent control, for example, and Mr. Sanders likes to cite the Scandinavian countries of Europe as a model more than Ms. Warren does.

But the main difference between the two concerns their presentation and political rhetoric. Mr. Sanders has devoted his long life to promoting socialism, and he wants to make it politically mainstream. Ms. Warren would rather avoid the socialist label as potentially damaging, so she instead wraps her version in populist, anti-Washington rhetoric, even as she’d vastly expand the power of Washington.

Ms. Warren is probably delighted that Mr. Sanders is trying to salvage his campaign by calling her a capitalist; it might help her in a general election. But no one should think her policies are all that different.