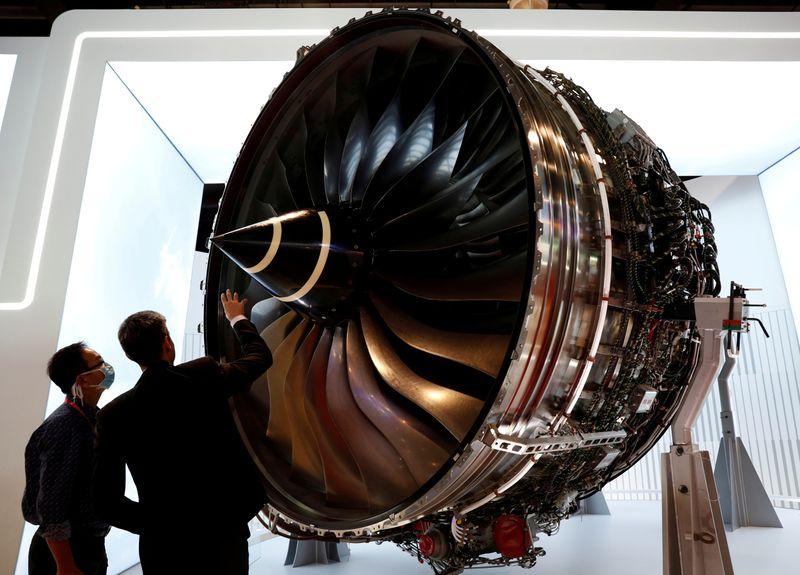 British aero-engines maker Rolls-Royce (RR.L) plans to sell Spanish unit ITP Aero and other assets to raise at least 2 billion pounds ($2.6 billion) to boost a balance sheet shattered by the travel slump brought on by the coronavirus pandemic.

Rolls-Royce also said on Thursday finance chief Stephen Daintith had resigned to move to retail technology firm Ocado (OCDO.L), although he will remain for a transition period as he helps oversee 1 billion pounds of cost cuts this year.

Planes stopped flying for months in coronavirus lockdowns earlier this year and travel still remains at a much lower level than before the pandemic, hitting Rolls-Royce’s revenues as airlines pay it based on how many hours engines are used to fly.

Rolls-Royce sunk to an underlying loss before tax of 3.2 billion pounds ($4.2 billion) in the first six months of the year, and said it would continue to look at options to shore up its finances even after asset sales.

“In light of ongoing uncertainty in the civil aviation sector, we are continuing to assess additional options to strengthen our balance sheet,” CEO Warren East said in a statement.

Sources told Reuters in July that Rolls-Royce was planning a rights issue to raise up to 1.5 billion pounds, a strategy it could still pursue after the asset sales.

Wholly-owned subsidiary ITP Aero, which is based in Spain and makes turbine blades for jet engines, is among the assets up for sale, Rolls said, as it also gave details of a major consolidation of its aerospace manufacturing facilities into six locations from 11.

Rolls-Royce said flying hours were down 70-75% in May, June and July, and warned of considerable uncertainty over the timing and shape of a recovery.

The company, whose shares have plunged 63% this year, warned in May it would need to cut 9,000 jobs and said on Thursday that 4,000 employees had already left from its civil aerospace unit.