Home Opinions Democrats are against Trump — but what are they for? 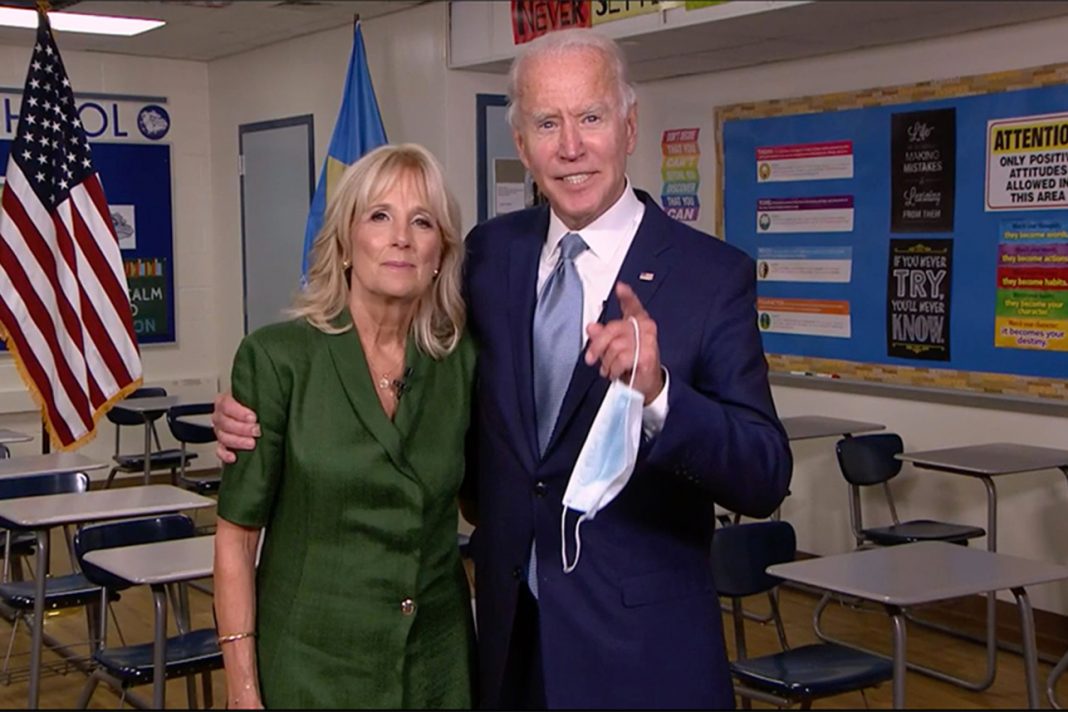 Watching the long slog of the second night of the Democrats’ convention, a famous Winston Churchill line came to mind: “Take this pudding away — it has no theme!”

Old and young, progressive and super progressive, left and far left, black, white, Asian, Latino, Native American — they all had something to say. But if there was a theme running through the night, I couldn’t find it.

Oh, yes, Donald Trump bad, got that. Really, really bad. OK, got that, too.

Then what? What do Democrats stand for and, more to the point, what are they promising voters if they gain the White House? I honestly don’t know.

I do know that, once again, they failed to address the violence erupting across the country, as if it isn’t happening. Or maybe they are afraid to criticize it because it will somehow come off as pro-police, which would infuriate the Black Lives Matter movement the party is embracing.

For whatever reason, Dems are ceding a huge issue to Trump, one that resonates across income, race and geographic boundaries. Public safety is a civil right and it matters to everyone.

That’s just one of many areas where it sometimes feels as if the Dems are keeping their plans secret and will spring them on us after the election. More likely, they haven’t yet made up their minds and the agenda, to put it kindly, is still a work in progress as they sort out their ideological differences.

It’s a polite civil war, but it’s war nonetheless over the soul of the party. Just as it was four years ago, the Bernie Sanders wing is ascendant but has been defeated once again.

Speaking of which, has anybody seen Hillary Clinton? Have you heard her name mentioned?

Her husband got to speak, but hardly a prime spot, in the first hour. Given the #MeToo issues around the ex-president, the spot, the five minutes allotted, the narrow criticism of Trump, all of it had the odor of a compromise between those who wanted to feature him and those who wanted to banish him. It looked as if he had been put in a corner and told to sit up straight.

Normally, those issues would be settled by the nominee, whose victory puts the party under his command. But that hasn’t happened because the man who beat Sanders is not in full command of his own faculties.

Joe Biden, I accept as a fact, is a decent enough guy whose life story of tragedy and resilience is admirable. The testimonials the first two nights about his consoling others in their grief are truly touching.

But that Joe Biden is not the same man who is now the official nominee for president. The man who finally climbed that mountain after a lifetime in Washington is greatly diminished and every live appearance he makes, even at his own convention, must terrify the handlers.

What if he wanders off script? What if he forgets where he is?

In the little family scene when his grandchildren appeared with him and his wife, Jill, after the nominating process was complete, Biden had a far-off look in his eyes — as if he wasn’t quite sure what was happening.

Almost every time you see him, Jill is there, standing next to him, holding his hand. It’s love, but she also looks like an attendant, a visiting nurse.

There is another kind of pall over the convention, too, and that is by choice. There is a constant refrain that America is fundamentally ruined by racism and all forms of bigotry. “An ingrained system of inequity,” said one speaker. “Racial inequality,” said another.

Even what should have been uplifting stories about people who desperately needed health care and got it were somehow turned upside down, that America was not doing enough to help the most vulnerable.

Rep. Alexandria Ocasio-Cortez added to the gloom when she used her minute to talk about a movement to erase “racial injustice, colonization, misogyny and homophobia.”

No doubt the pandemic and the shuttered economy have something to do with the current mood, and it’s typical for the out party to paint a dark picture to justify removing an incumbent president.

But the messages of the first two nights have been long on pain and grievance and short on hope and faith.

Perhaps the Dem Downers are right, that a majority of Americans see their country through the darkest possible lens. But I suspect the party is too much in the thrall of the activists who want to overthrow most of our institutions.

The old Joe Biden wouldn’t have put up with that.

A crash in the stock market would be Democrats last-ditch effort...