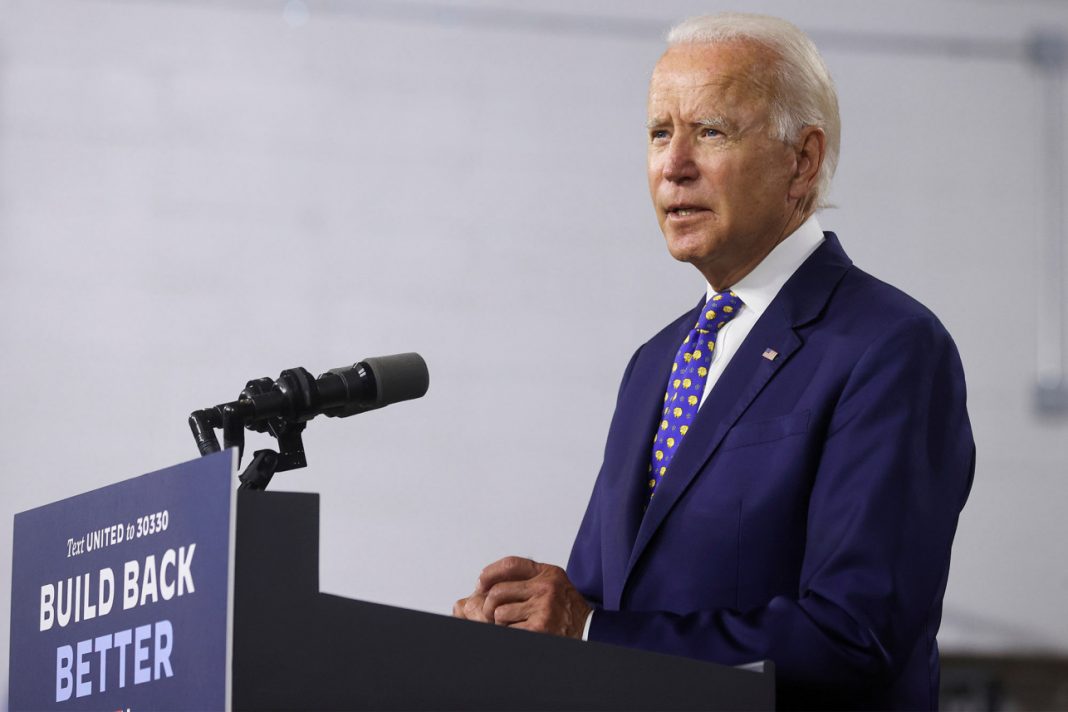 Joe Biden sent his own children to an elite private school, and parades as the Black Lives Matter candidate, yet his policies are openly hostile to the educational choices that offer the best chance for minority advancement.

The Biden-Bernie Sanders “unity” policy platform aims a dagger at charter schools, insisting they “undermine the many extraordinary public schools in this country.”

It targets “for profit” charter schools for destruction, while strangling the rest with demands for “accountability.”

What is it with Democrats and their hostility to schools that offer poor minority kids the best ticket out of generational poverty and disadvantage?

Biden made his views clear at a public-education forum last December when he said if he becomes president, charter schools “are gone.”

“Charter does not mean better,” says his manifesto.

But the fact is, as Thomas Sowell writes in his brilliant new book, “Charter Schools and Their Enemies,” the success of charter schools in closing the racial education gap is a reproach to teacher unions and their political enablers.

Sowell, senior fellow at Stanford University’s Hoover Institution, lays out the evidence, focusing on charter-school students in New York City from the Success Academy — which educates 20,000 mostly low-income black and Latino students in 47 schools in Brooklyn, The Bronx and Manhattan — and the KIPP network, which educates 100,000 students in 242 schools, more than 95 percent of whom are black or Latino.

To counter the theory that charter schools cream off children from the most motivated families, he points out that students are selected by lottery and only a fraction who apply are accepted. Yet the ones who miss out and have to continue at their traditional public school never perform as well as their charter-school counterparts, so it is the school that adds value.

“In 2019, most students in the city’s public schools failed to pass the statewide tests in mathematics and English. But most of the city’s charter-school students passed in both subjects,” he writes. “The educational achievement gap between students in low-income minority communities and those in the larger society [has] been closed in New York City’s charter schools — but not in the traditional unionized public schools in the same buildings with them.”

“This is success, a remarkable success. What is equally remarkable is how unwelcome this success has been in many places,” according to Sowell.

But if Biden and Mayor de Blasio have their way, that chance to climb the ladder of aspiration will disappear.

Sowell says antagonism to charter schools is partly driven by money, because if 50,000 children on a waiting list were able to get into a charter school in New York, that would take more than a billion dollars a year out of the traditional public-school system.

Unions also are hostile to the fact that charter schools can hold teachers accountable for educational outcomes and can fire them for incompetence.

Not so in the public system, where the “tenure protections of unionized teachers [mean that] firing an incompetent teacher on average takes 830 days and costs $313,000,” Sowell writes, citing the New York State School Boards Association.

He takes special aim at de Blasio: “No public official has made more sweeping or more hostile attacks on charter schools.”

The mayor’s 2019 address to his union masters at the National Education Association exemplifies the anti-charter school backlash.

The installation of de Blasio’s former deputy mayor, Richard Buery, as head of policy inside the Kipp charter school network is described by Sowell as an example of dangerous “institutionalized interventions within the charter schools themselves.”

It is an alarming sign of capitulation that last month, Kipp announced it will abandon its founding motto “Work hard. Be nice,” because somehow, it “diminishes the significant effort to dismantle systemic racism.”

This is an Orwellian reversal of the truth. Working hard and exerting self-discipline is the key to a good education, and a good education is the best weapon against racial inequality.

Whatever motivates the enemies of charter schools, you cannot describe it as anything but evil.

How else do you characterize adults willing to sacrifice the welfare of powerless children to entrench their own power?

So much for Nancy Pelosi’s pretense that she is a champion of women. Her sexist trashing of White House coronavirus adviser Dr. Deborah Birx is just evidence of her determination to politicize the pandemic.

The speaker reportedly told White House officials Thursday, “Deborah Birx is the worst. Wow, what horrible hands you’re in.” She doubled down on ABC News Sunday, saying she had “no confidence” in the physician.

Dr. Birx is a distinguished doctor, diplomat and Army colonel who has devoted her career to fighting HIV-AIDS. She was President Obama’s AIDS global ambassador, and director of AIDS research at the CDC and Walter Reed. Unlike Pelosi, she sticks to the facts and does not grandstand or seek to ingratiate herself with the media.

Pelosi isn’t fit to tie one of Birx’s elegant scarves.

Joe is in veep trouble

After all the suspense, Joe Biden has delayed announcing the woman of color who will be his running mate.

The leaking and infighting shows what a mess Biden created for himself by allowing identity politics to dictate a choice that is more crucial for him than for any previous presidential candidate.

His advanced age and declining mental energy mean that his vice president needs to be match-fit to step into his shoes.

Yet he daren’t choose someone so ambitious that she will overshadow him in his first term. Hello, Kamala Harris.

But since it’s not hard to outshine Biden in his current state, if he chooses someone who does not make him look like a lame duck, by definition, she will not have what it takes to be president.

How Trump can win re-election in a pandemic