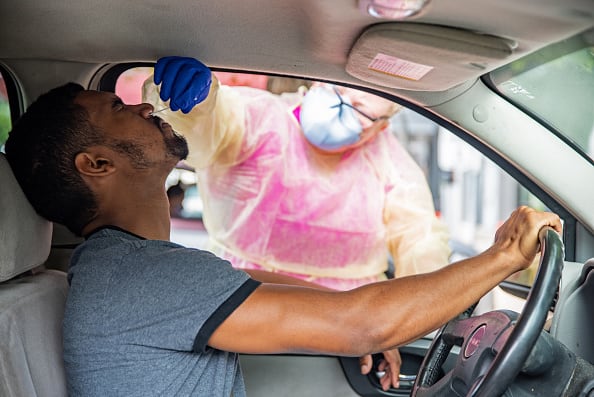 By now everyone expects that Congress will pass another stimulus package. The calculus is simple: we are in a recession in an election year. Lawmakers will pass something so that they have something to talk about when they head home to campaign in the Fall.

A reasoned consideration of the matter would include acknowledging that roughly half of the roughly $2 trillion in CARES Act stimulus they passed in March has not yet left government coffers. And of the money that has flowed out – including the additional trillions provided by the Federal Reserve – much of it is sitting idle in bank accounts, which have grown by more than $2 trillion since April.

Yet, despite those speed bumps, the economy appears to have already turned a corner. Over seven million jobs have been created in the last two months, retail sales are up, and home new homes sales had a record May.

The CARES Act may have helped. But so have other pre-Covid policies. The United States-Mexico-Canada Agreement, for example, finally kicked on July 1. Though it didn’t receive much fanfare, business expectations may already be helping the economy. And, of course, the general deregulatory initiative of the Trump administration continues to snowball to the benefit of the economy, businesses and ordinary Americans.

It may be too soon, then, to reasonably conclude that another massive stimulus is necessary. But if lawmakers still see the need to run the presses, they need to realize that the current economic crisis is public-health driven. As such, using ordinary fiscal tools might not be particularly efficacious. Put another way, the fact that people aren’t going on vacation probably has more to do with fear of getting sick than it does with their economic condition. Giving people a check, or some financial incentive to travel, won’t solve their problem. Make people feel safe to go back on an airplane or cruise ship, and they will of their own accord.

Any stimulus should be directed at the root cause of our recession: dealing with Covid. I know it isn’t popular to talk about in some Republican circles, but we still have a testing problem in this country. My son was tested recently; we had to wait 5 to 7 days for results. My daughter wanted to get tested before visiting her grandparents, but was told she didn’t qualify. That is simply inexcusable at this point in the pandemic.

We could also direct more money for research. Or more temporary hospital beds or therapeutics. If we are going to borrow hundreds of billions of dollars, let’s do it to treat the cause of our economic illness, not just the symptoms.

That said, if politics dictate that traditional fiscal stimulus has to be part of the package, then a payroll tax cut, and tying capital gains to inflation, are likely a politically viable package. The former is one of the rare federal steps that can get money to the middle class quickly; the latter could unlock trillions in free-market economic activity that has been sidelined because of unrealized gains.

But whatever lawmakers decide to do, they should tread carefully, as there are very real risks to additional stimulus.

Certainly, the threat of inflation cannot be entirely ignored. Simply defined as too much money chasing too few goods, inflation would seem to be a very real risk when we pump trillions of dollars into an economy that isn’t producing more things. Granted, there are strong supply-side forces at work as a result of previous administration actions (including the aforementioned USMCA and deregulation) that could help boost production and lower the risk of inflation. And in any event, not even the harshest fiscal hawks seem to think that inflation will be something that kicks in between now and, say, the first week of November.

But voters’ expectations will. And therein lies the real risk of another stimulus package: overpromising, and underdelivering. Republicans would be wise to consider the example of the American Recovery and Reinvestment Act of 2009. Then, the newly empowered Democrats trumpeted their achievement as part of their strategy to create their so-called “permanent majority.” Yet, as anemic economic growth appeared to be the only thing that was permanent under Democrat control, they lost the House, then the Senate, then the White House in the next three elections.

Elections, despite what too many politicians think, cannot be bought. But problems can be solved. As lawmakers consider the next stimulus, let’s hope they focus on the latter.

In the face of an economic crisis, these are the best...