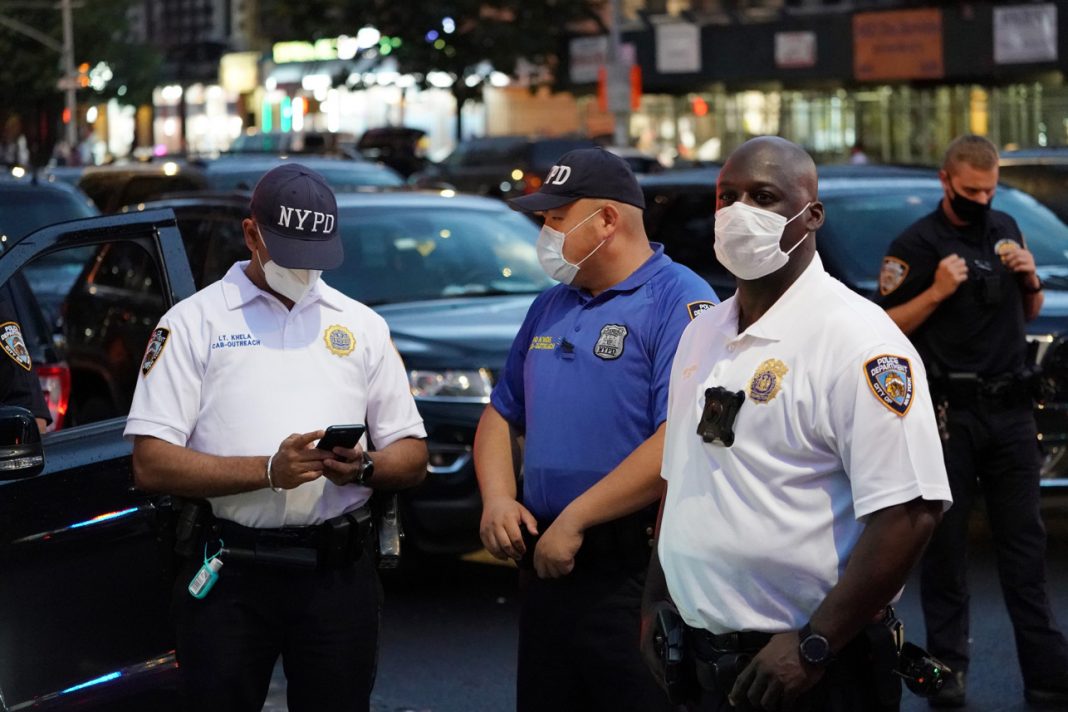 Two police officers have handcuffed a man and are putting him in their car. He’s resisting, flailing about, while onlookers taunt the police and film them from multiple angles. This is how impossible it is to enforce the laws these days.

As the scuffle continues, one man in the crowd steps right next to the action. The cop pushes him away, to keep him from interfering. Then, when the cop’s body camera falls to the ground, police say the man kicks it away.

The officer rushes the man, who proceeds to put the cop in a headlock. The crowd jeers and cheers; when the man lets go they encourage him to “get out of here” so he isn’t arrested.

What if the police officer had put the civilian in a headlock? If Mayor de Blasio still intends to sign an overreaching City Council bill, the police would be criminally liable not just for using headlocks, but for any action that constricts a civilian’s diaphragm. The mayor insists the NYPD can train officers to avoid such trouble — but any close physical struggle involves that risk. The message to police: Stay completely hands off. Don’t make arrests. And if an angry crowd interferes, step back.

This, when yet another bloody Saturday night saw at least 17 people shot over 24 hours — more than in the same entire week a year ago. And gunfire was far from the only sign of trouble: A Brooklyn drag-racing crash took three young lives — one boy was just 11 — around sunset.

And, as Karol Markowicz notes on the opposite page, cop aren’t the only public servants under attack. Even bus drivers and subway workers face truculent resistance, and sometimes violence, as they try to do their jobs.

Yet the NYPD is clearly under orders to hang back, as is clear from the scene around the vagrants’ encampment by City Hall. “Occupiers” at the supposed protest site attacked a Post reporter with a two-by-four on Sunday, demanding he stop filming them with his phone. Police refused to even take a report, despite the reporter’s offer of video evidence.

The main price for this widespread rise in disorder falls firmly on residents of the city’s poorest neighborhoods: As Sunday’s Post reported, violence is rising mainly in just a handful of precincts in Brooklyn and The Bronx. The law-abiding majorities in those areas don’t deserve this — but the politicians are afraid to stand up to the loud, unruly few.

And any police officer who tries to do right is acting at his or her own risk. No wonder retirements are skyrocketing.

What will it take for the mayor and City Council to stop frittering away two decades of gains in public safety?