Home Economy Coronavirus cases grow in more than 30 states as the U.S. sets... 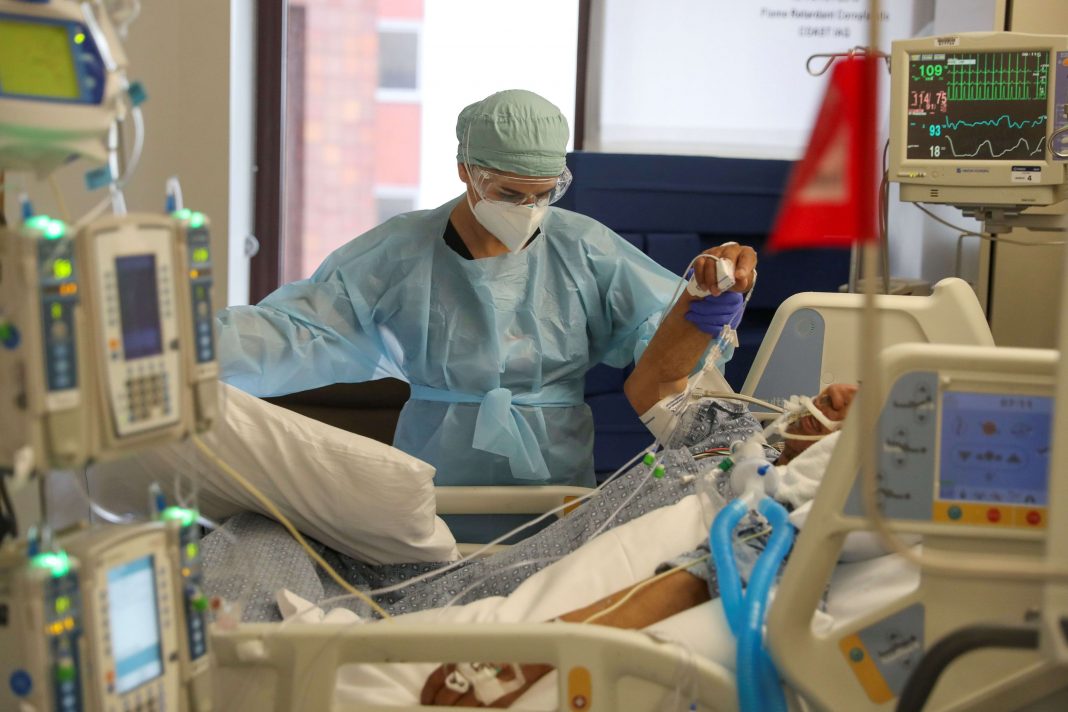 As of Thursday, the nation’s seven-day average of new Covid-19 cases increased more than 38% compared with a week ago, according to a CNBC analysis of Johns Hopkins University data, reaching a record high average of more than 33,000 daily new cases.

Cases were growing by 5% or more, based on the change in average new cases compared to last week, in 35 states across the country, including California, Florida, Georgia, Texas and Nevada. Those states were also among the 13 that hit record highs in their average number of daily new cases on Thursday.

Another factor that is watched carefully is hospitalizations, which can indicate how severe cases are in an area. This data can lag the number of new cases.

Hospitalizations from Covid-19 were growing in 15 states as of Thursday, according to a CNBC analysis of data compiled by the Covid Tracking Project.

While the rise in daily case numbers could reflect increased testing in certain locations, some states are reporting higher positivity rates. The positivity rate indicates the percentage of tests that come back positive in a specific region. Epidemiologists say this number can indicate how broadly the virus is spreading throughout a community.

California’s positivity rate has slightly increased to 5.1% over the last two weeks as the state reports record increases in daily new cases. Texas’ positivity rate exceeded 10% on Wednesday, which is a level that raises a “warning flag,” according to Gov. Greg Abbott. Arizona’s rate is also averaging above 10%, according to the state’s department of health.

On Friday, Abbott announced Texas would roll back some of its reopening, only a day after he said he would place the state’s reopening plan on pause.

“As I said from the start, if the positivity rate rose above 10%, the State of Texas would take further action to mitigate the spread of COVID-19,” Abbott said in a press release. “At this time, it is clear that the rise in cases is largely driven by certain types of activities, including Texans congregating in bars.”

All bars and similar establishments that receive more than 51% of their gross receipts from the sale of alcoholic beverages are required to close by 12 p.m. Friday, according to the order. Rafting and tubing businesses must close and outdoor gatherings of 100 or more people must be approved by local governments, with certain exceptions.

Abbott announced on Thursday that the state would pause any further reopening measures, and he ordered all licensed hospitals in four counties that include the state’s largest cities — Houston, San Antonio, Dallas and Austin —  to postpone elective procedures in order to protect hospital capacity for Covid-19 patients.

Texas reported an 79% increase in its weekly average of coronavirus cases on Thursday, averaging 4,757 daily new cases, according to Hopkins data.

When asked about Florida’s reopening, Gov. Ron DeSantis said that the state doesn’t have plans for continuing its step-by-step reopening plan. He added that the state “never anticipated” to continue moving forward at this point.

“We are where we are. I didn’t say we were going to go on to the next phase,” DeSantis said at a news briefing. His comments come shortly after Texas Gov. Greg Abbott announced he would pause reopening plans for his state as coronavirus cases and hospitalizations continue to climb.

Florida is averaging about 4,013 daily new cases as of Thursday, which is about a 67% increase since one week ago, according to Hopkins data. DeSantis has allowed retailers, restaurants, gyms and personal care services to reopen at reduced capacity.

“Covid-19 is widespread in Arizona. It’s in all 15 of our counties. It’s growing and it’s growing fast across all age groups and demographics. Anyone can get this virus and anyone can spread this virus,” Ducey said at a press conference.

If the state’s reopening were a traffic light, Ducey said that it would be in the “yellow” or “yield” position.

“To proceed with caution, to go slower, to look both ways,” he said. “This virus is everywhere — it is likely in this room right now — and the actions that you take as a citizen will make a difference.”