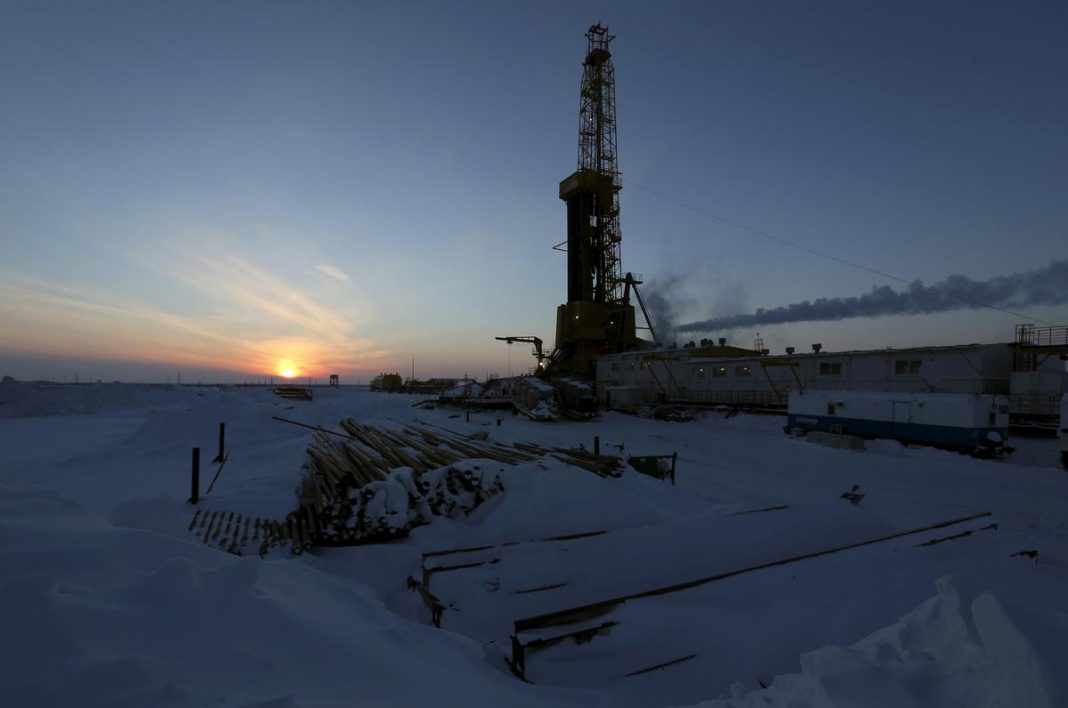 Once oil prices recover, the wells can be finished off faster than starting from scratch so Russia can get its output back to levels reached before it agreed along with other leading producers to cut supply because of the fallout from COVID-19.

U.S. shale producers tend to drill but not complete wells when oil prices are low, rather than freezing all activity, so they can finish off the wells and quickly boost production when demand picks up.

A geologist advising Russian oil firms said the new wells would add at least 200,000 barrels per day to output based on average flow rates but if their assumptions about large reserves pan out the wells could boost output by 2 million barrels.

The geologist declined to be named because he is not authorised to talk to the media.

While Energy Minister Alexander Novak said last week how much would be invested in the drilling programme, details of how the scheme will work, the number of wells and by how much oil output could increase have not been disclosed.

Novak’s deputy Pavel Sorokin, a former oil and gas analyst at U.S. bank Morgan Stanley and one of the architects of the plan, declined to comment on the number of wells or their expected output.

Russia pumped an average of 11.3 million (bpd) from 180,000 wells last year, according to the energy ministry. Since the OPEC+ deal to curb global crude supplies, its output has fallen by 2 million bpd, Novak said last week.

Russia has mainly shut down old or less-productive wells that won’t necessarily be revived when the supply deal expires in April 2022, so the government is helping oil companies to ensure lost output can be replaced quickly.

“Such support … would allow us to create an essential number of unfinished wells, ready to be launched when we will need to increase production,” Sorokin told Reuters.

Russia has outlined various stimulus measures to cope with the fallout from COVID-19 and spending over the next two years is expected to reach 5 trillion roubles. It was not clear if the planned support for oil companies would come from these funds.

Saudi Arabia and the United States are able to resume halted oil production faster than Russia, analysts say, and Moscow is wary about losing out as and when the market returns to normal.

Cold weather is the main reason it is more expensive and takes longer to restart wells in Russia than in Saudi Arabia, said Daria Surova, an analyst at consultancy Rystad Energy.

Russian oil tends to be deeper in the ground and in thicker layers, while heavy drilling equipment needs to be moved to Siberian fields during winter when swamps and rivers are frozen, said Sergei Klubkov, a research director at Vygon Consulting.

The level of investment announced by Moscow would be enough to drill about 3,000 production wells of varying types, according to Klubkov at Vygon, which does research for Russia’s energy and natural resources ministries.

The drilling plan, which has yet to be finalised by the energy and finance ministries, would involve bank loans, as well as tax breaks and preferential interest rates, according to a banker and a draft document.

Sorokin told Reuters the ministries were finalising an idea that would mean oil companies only pay the interest on loans over and above the central bank’s main lending rate, which is at 4.5%, so the loans would probably be almost interest free.

Anatoly Popov, deputy chairman of the executive board at Russia’s biggest lender Sberbank, told Reuters it was in talks with the energy ministry about the scheme and details had yet to be finalised.

State development bank VEB confirmed to Reuters that it was involved in talks over its possible role in Moscow’s broader coronavirus stimulus package, without elaborating on details.

According to a draft plan for Russia’s post-pandemic recovery strategy to the end of 2021, seen by Reuters, the oil companies may also get tax breaks on the loans.

One Russian oil industry insider, however, questioned whether global oil demand would ever recover enough to justify the new wells: “Will we ever need them?”