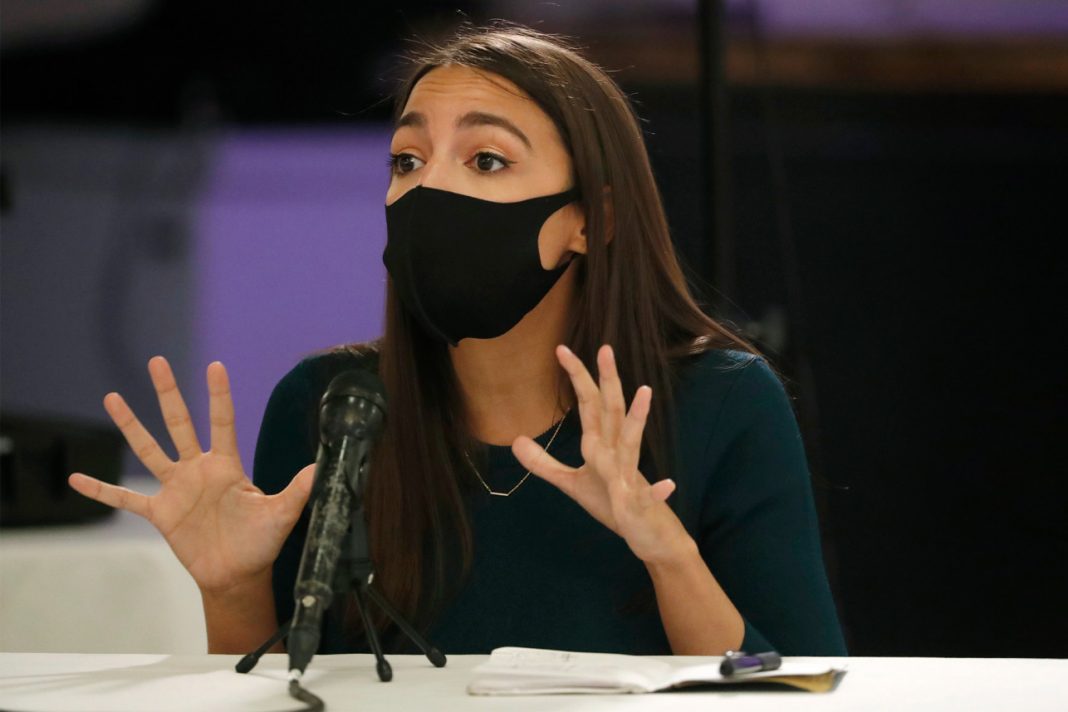 The radical left, represented by freshman democratic socialist Rep. Alexandria Ocasio-Cortez and her so-called “squad” of progressive congresswomen, has been staging a hostile takeover against the old guard, represented by House Speaker Nancy Pelosi. That old guard is trying to preserve its power with a strategy of appeasement that is dragging the party even further left.

The only thing that unites the two warring factions is a mutual loathing for President Trump. But their existential psychodrama is destabilizing our political system.

It may even explain why the party’s presumptive presidential nominee, Joe Biden, is someone whose frailties are so blindingly obvious you wonder how he can last until November, let alone run the country.

It is unhealthy to have one of the two main parties paralyzed by internal conflict. So, it’s in all of our interests for the Democratic Party to rid itself of the cancer of its democratic socialist faction.

With that in mind, Tuesday’s Democratic primary in New York’s 14th Congressional District is crucial.

This is, of course, the Bronx-Queens seat won in 2018 by the leading light of the democratic socialists, AOC, who now is under challenge from the formidable former CNBC journalist, Michelle Caruso-Cabrera, a.k.a MCC.

The tough-talking 53-year-old from Sunnyside has pitched herself as a reasonable, moderate centrist against AOC, 30, who she says is “not a real Democrat.”

“She and other people like her have hijacked the Democratic Party . . . for her polarizing leftist policies.”

MCC says her priority for the district is jobs. “Results not revolution.”

The two women tore into each other at a masked-face-to-masked-face debate in the Golden Palace Catering Hall in Parchester last week, with MCC landing blow after devastating blow.

“With AOC you get someone who works on her celebrity status.

AOC “is not a Democrat. She is not even a democratic socialist. She is a socialist.”

She excoriated AOC for being the only Democrat to vote against the “hundreds of billions of dollars for the [first iteration of the] Paycheck Protection Program, which would help people get paid and get back to work.”

But her most effective attack line was that AOC led the campaign to stop Amazon establishing a headquarters in Queens, which would have brought 25,000 jobs to the area.

She described it as “a huge opportunity lost. Those 25,000 tech jobs mean all kinds of other jobs, dry cleaners, restaurants, parking lot attendants. Those are great jobs.”

She also pointed out the loss of Amazon’s $27 billion in taxes. “Imagine if we had it right now when we’re getting over this economic crisis.”

The district has been hard hit by the coronavirus pandemic, and MCC spoke of “modern-day breadlines [for] the neediest of our neighbors.

“They worked in kitchens, waiting tables, washing dishes, doing nails, cleaning homes and they are desperate because of the economic crisis.”

AOC’s response to the attacks was petulance, punctuated by girlish giggles. She criticized MCC for having lived in Trump Tower until moving to Queens last year, and for previously being a Republican.

As for the torpedoed Amazon deal, she claimed “those jobs were not coming,” and her Green New Deal would create thousands of jobs anyway. Yeah, sure.

“We have to be very wary when a huge corporation comes in, refuses to unionize their work staff, refuses to negotiate with local elected officials . . . [tries] to bully our community . . . we should be investing that money in small businesses.”

“There is no money,” replied MCC.

AOC is divisive and disloyal to her own party. She is anti-Israel, and, where MCC rightly said China is our biggest foreign-policy issue, AOC declared her warped priorities include “standing up to the growing specter of authoritarianism worldwide, whether it’s [President Jair] Bolsonaro in Brazil, whether it’s [Prime Minister Narendra] Modi in India.”

AOC also was “proud” of being behind the push to defund the NYPD, “a very simple demand” to strip $1 billion from its $6 billion budget. Of course, the people who would be worst affected by reduced policing are her own constituents.

AOC has proven that she is unfit to hold public office. She is a grandstanding activist who refuses to grow up.

Above all else, she deserves to lose her seat for driving away Amazon.

In hindsight, post-COVID, the decision is even more heartbreaking, with those jobs desperately needed.

The president seemed out of sorts Saturday night at his first rally since the pandemic struck. And no wonder.

At his last rally, almost four months ago, he was riding a booming economy and record low unemployment rate to a near-certain election win.

Now, with tens of millions of Americans out of work, he is lagging in the polls behind a rival as lackluster Joe Biden.

But what could have been a triumphant comeback in Tulsa was marred by his campaign’s stupid strategy of inflating expected crowd numbers.

This allowed hostile media — including the increasingly anti-Trump Drudge Report — to focus on the empty seats and portray the event as a failure.

Considering we are still in a pandemic, it was a brave turnout in the 19,000-capacity arena which looked to be about 75 percent full.

But the president had boasted beforehand that there would not be a single empty seat.

His campaign even had set up an outdoor stage for the expected overflow which never materialized.

They were fooled by a sabotage effort on social media to inflate the numbers, which contributed to an absurdly unrealistic 1 million ticket requests.

The campaign should have known the risks and underplayed expectations. But, then again, compared to Biden’s somnolescent rival event in Pennsylvania for a socially distanced audience of 20, Trump’s comeback rally looked like a rip-roaring success.

You know Attorney General Bill Barr is doing a good job by the level of vituperation against him. The push is on in earnest to impeach him now that his Department of Justice is getting close to criminal charges in the Russia collusion coup attempt against the president.

He wouldn’t be drawn out on details of the investigation, in an interview Sunday with Fox Business’ Maria Bartiromo. But he did confess he is worried about the public losing confidence in the integrity of elections, “When state governments start adopting these practices like mail-in ballots that open the floodgates of potential fraud, then people’s confidence in the outcome of the election is going to be undermined and that could take us to a very dark place.”

“The one thing we have going for us, especially when there’s intense division in the country, is that we have peaceful transfers of power and the way to resolve it is to have an election.

No matter who wins in November, it’s in everyone’s best interest to strengthen the integrity of the voting process, instead of undermining it. 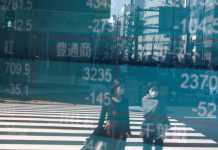