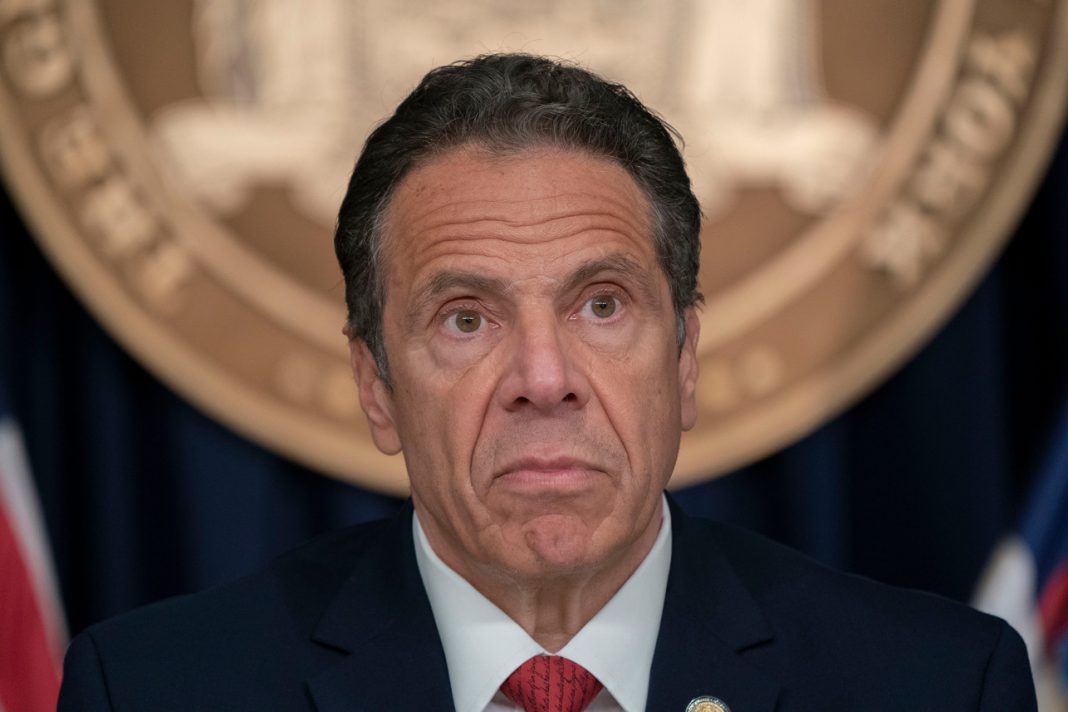 Too harsh? Well, report cards are snapshots, and the pandemic is an evolving event. Numbers are shifting, and surely things will look different down the road.

But if New York had dodged the coronavirus bullet, this governor surely would be taking full credit. So because in fact it has been hit squarely between the eyes, it seems reasonable to hand him the blame.

It was just six weeks or so ago when folks were touting the hugely telegenic Cuomo for vice president, maybe even as the fellow to replace a faltering Joe Biden on the Democratic Party’s November ticket, should it come to that. Heck, even I showered Cuomo with praise in these pages.

Not anymore. The numbers are bruising the narrative.

Going into the holiday weekend, more than 23,000 New Yorkers who tested positive for coronavirus had died, or roughly six times the 3,700 Californians killed by the disease.

Overall the Empire State, with not even 6 percent of the nation’s population, has accounted for fully 24 percent of America’s traceable pandemic deaths, as well as 22 percent of its confirmed caseload.

Whether these statistical curves will flatten over time remains to be seen, but right now, there is no obvious reason to award Cuomo any medals for insightful leadership.

Historically, when America goes into recession, New York feels it first, stays there longer and emerges more damaged than most other states. So it follows that Cuomo’s new burden will be heavier than most.

Can he heft it? So far, there’s scant reason for optimism.

It’s certainly not a sin to be behind a curve, but it’s nothing to take pride in, either. There’s a growing consensus that New York was late in recognizing the coronavirus threat, that its numbers were unsound and that it was too slow to react. And when action did come, it was at once confused, over-broad and heavy-handed, thus damaging to the economy — and in at least one instance, needlessly under-inclusive and thus lethal.

That last would be Albany’s ­supremely unwise edict early in the pandemic requiring nursing homes to receive recovering, yet still contagious, coronavirus patients. The point was to free up local hospital beds, but the result was that more than 5,300 nursing home patients subsequently died — a figure, again, a third larger than the total number of coronavirus deaths in the entire state of California.

As the scope of that calamity began to emerge, Cuomo’s reaction was both typical and unsettling. Typical, insofar as he blamed President Trump for the debacle rather than his own health commissioner’s bad judgment. And unsettling, in that ­Albany bureaucrats now appear to be adjusting numbers to make it appear that the policy was less a disaster than it actually was.

Now, blame-shifting and statistical sleight-of-hand are a weasel’s way out of a tough spot. And that rarely works anyway, because it undercuts credibility, limits options and generates unnecessary ill will.

No reasonable person ever expected more from Andrew Cuo­mo than an honest effort. It’s not his fault that he was saddled both with a pandemic and the clownish de Blasio administration. (The age of miracles is long past.)

But now the governor has to explain the appalling disparities in the pandemic’s impact: Why has the virus so far taken six times as many New Yorkers as it has Californians?

Until that question is answered, normal is never going to return; how can it, while people are too frightened to enter a crowded Manhattan elevator?

The virus has hung a leper’s bell around New York’s neck. It’s Cuomo’s job to remove it, and to do that, he must proceed with vigor, clarity and candor.

That last may be the heaviest lift of all.