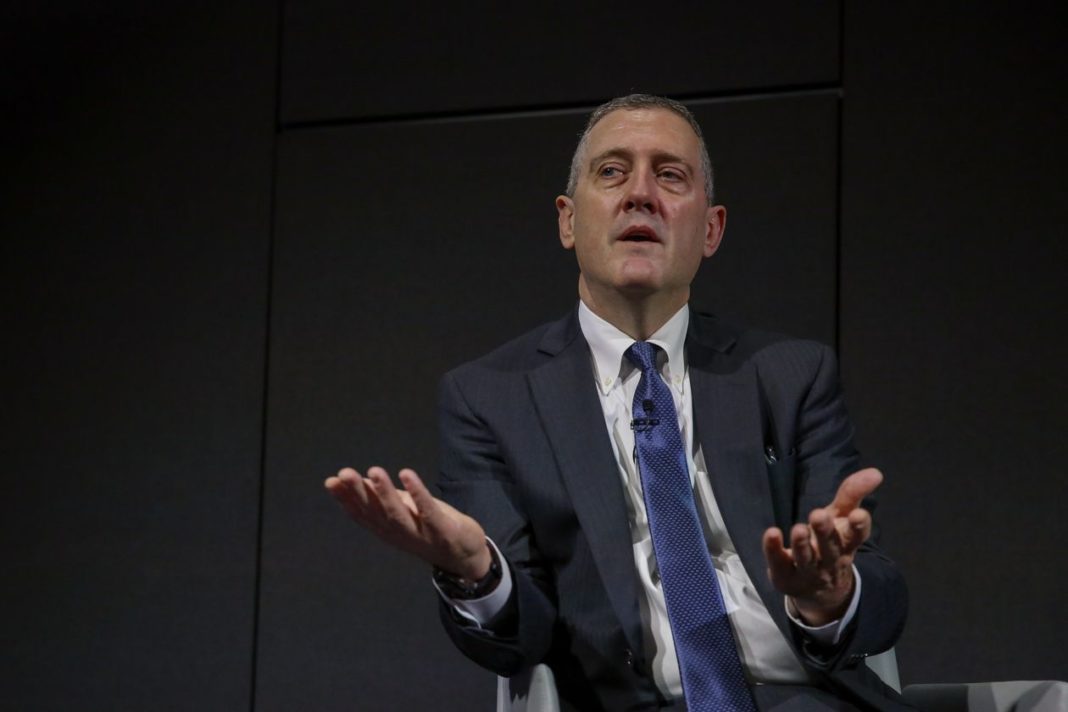 Federal Reserve Bank of St. Louis President James Bullard said one of the biggest risks the economy faces is that overall activity may slow more than most now expect. The official, who is a voting member of the rate-setting Federal Open Market Committee and one of its strongest supporters of lowering rates this year, didn’t say it was time to lower short-term borrowing costs again. His comments came from a presentation prepared for delivery in London. Referring to the Fed’s quarter-percentage-point rate cuts in July and September, Mr. Bullard said “the FOMC has tried to help insure against this downside risk by dramatically altering the path of monetary policy during 2019.” He added that the Fed “may choose to provide additional accommodation going forward, but decisions will be made on a meeting-by-meeting basis.”

Mr. Bullard dissented against the Fed’s rate cut in September because it was smaller than he would have liked. The Fed is broadly expected to lower rates again when it meets at the end of the month, but officials haven’t been giving strong guidance that they are on board with such an action.

Minneapolis Fed President Neel Kashkari,one of the Fed’s other biggest supporters of lower rates although not a voter right now, said in a Wall Street Journal interview last week that “if the data continues to come in the way it has, I’m going to be supportive of another rate cut. How much more we need to go I don’t know.”

The Fed has been lowering rates to help mitigate risks to the economy posed by slowing global growth and trade uncertainty. That said, overall activity has remained relatively healthy outside the manufacturing sector, which has caused some Fed officials to oppose rate cuts.

“The FOMC has tried to help insure against this downside risk by dramatically altering the path of monetary policy during 2019,” Mr. Bullard said.

He added: “The effect has been much larger than the two latest rate reductions alone would suggest because the expectation as of late last year was that the FOMC would actually raise rates further in 2019. The bottom line is that U.S. monetary policy is considerably more accommodative today than it was as of late last year.”