Home Economy After trying for a decade, central banks might succeed at generating inflation 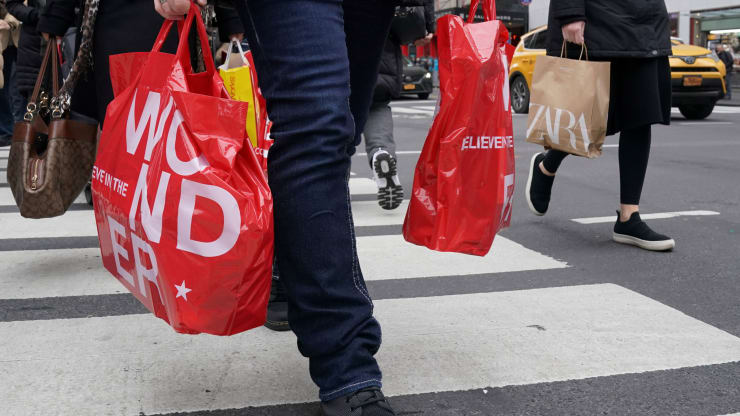 For more than a decade, the Federal Reserve and other central banks have tried and failed to generate the kind of inflation officials see as characteristic of a growing economy. That could be about to change.

Though the near-term trend is clearly lower, a brew of unprecedented fiscal and monetary support, a recoil against growing economic inequality and a burgeoning national debt will produce substantial inflation over the next few years, according to economists at Morgan Stanley and elsewhere on Wall Street.

“The forces that will bring about inflation are aligning,” Chetan Ahya, chief economist at Morgan Stanley, said in a note. “We see the threat of inflation emerging from 2022 and think that inflation will be higher and overshoot the central banks’ targets in this cycle. This poses a new risk to the business cycle, and future expansions could also be shorter.”

The Fed specifically has set its target for inflation at 2% and has used a variety of strategies to get there. Other central banks aren’t as specific as the U.S. policymakers but generally consider a modest level as helpful to boost the standard of living and keep the economy on an expansionary tract.

Ahya thinks that the policy response around the world will be conducive to boosting inflation but sees the biggest impact in the U.S. when compared with the actions of the European Central Bank, Bank of England and Bank of Japan. However, he said the actual rise may overshoot central banks’ targets and have a longer-term negative jolt to growth.

The ‘3 Ts’ and their impact

The forecast is based on what Ahya calls the “3 Ts,” or trade, technology and titans. A backlash against all three because of the impact each has on wealth inequality will push policy that ultimately will be inflationary, Ahya said.

“Taken together, the policy actions … are more likely than not to result in a significant distortion of underlying productivity growth trends,” he wrote. “Hence, we view the threat of inflation returning in this cycle as a serious one. It could transition into a malign form of inflation, especially if significant disruption to the 3 Ts creates a regime shift in the outlook for corporate profitability.”

In the near term, most economists see low levels of inflation ahead. Social distancing rules to fight the coronavirus and the resulting economic shutdown are likely to drive overall costs lower, and will be reflected in this week’s consumer price index reading.

Owing largely to a plunge in oil prices, headline CPI for April is projected to show just 0.3% year-over-year growth, which would be the smallest gain since September 2015. Stripping out food and energy, core CPI is expected to be 1.7% over the year, according to economists surveyed by Dow Jones.

Ahya’s forecast does not foresee runaway inflation. But he notes that price instability poses a significant danger to a recovery that he sees will be “sharper but shorter” than the financial crisis.

“Just as the consensus underestimated the disinflationary trends of the past 30 years, it is at risk of underappreciating the inflation threat,” he said. “In response, I would argue that the driving forces of inflation are already aligned and a regime shift is under way. The near-term disinflationary trend will quickly give way to reflation and then inflation.”

One other pressure point for inflation is the rapid rise in public debt.

In the U.S., the national debt last week passed $25 trillion for the first time and will continue its move upward as Washington commits more money to rescue efforts. The Treasury Department announced that it will be issuing $3 trillion in debt this quarter, $54 billion of which will come from a new 20-year bond that will be sold to help pay for the fiscal efforts plus lengthen the duration of the U.S. debt.

In trying to manage the surge, the Fed and government could adopt more pro-inflation policies that will make the debt cheaper.

“The Treasury’s plan to issue more long-term debt is sensible enough when long rates are at ultra-low levels, but a more marked shift in debt issuance policy could signal that policymakers are hoping to engineer a rise in inflation to help bring the ballooning government debt burden under control,” Paul Ashworth, chief U.S. economist at Capital Economics, said in a note.

Inflating out of debt has a poor track record as it often leads to higher interest rates and more expensive financing costs. However, the Fed has entertained the idea of buying debt with longer duration as a way to keep those yields lower.

“A more marked increase in duration would make it easier to reduce the real burden of the Federal debt by engineering an unexpected rise in inflation. The latter would boost nominal GDP and consequently the tax revenues used to pay down that debt,” Ashworth said.

However, he added that it’s “way too early” to contemplate debt monetization, though that is advocated by those who believe that high government debts don’t matter as long as inflation is kept under control.

Indeed, Jefferies economist Aneta Markowska said inflation concerns are “overblown” as the economy grapples much more with a demand drought that will exert lower price pressures.

“Supply chain disruptions may cause price spikes in certain products, but in the face of constrained incomes, this would only lead to demand destruction and become self-limiting,” Markowska said.

US housing starts rebound; building permits at highest level in over...