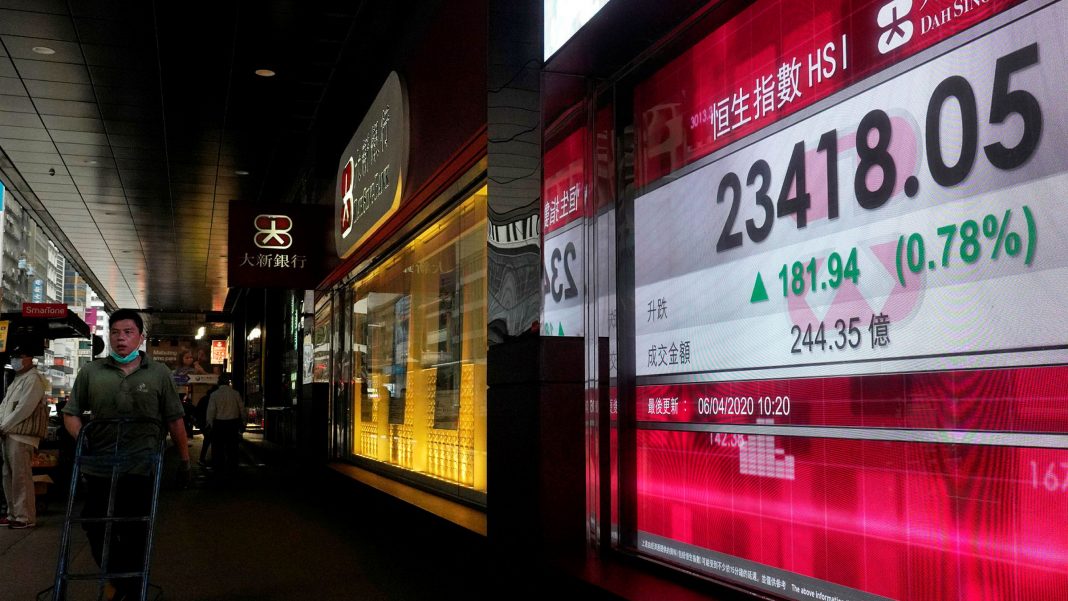 Analysts said some of the tail risks that had threatened a much deeper and prolonged downturn were starting to dissipate thanks to a slowdown in new coronavirus cases in major economies and a raft of monetary and fiscal stimulus globally.

Market sentiment was boosted by data showing China’s exports in March fell only 6.6% from the year-ago period, smaller than the expected 14% plunge. Imports eased a modest 0.9% compared with expectations for a 9.5% drop.

“Looking ahead, production constraints should no longer be an issue as economic life in China returns,” Oxford Economics said in a note, but added that exports were expected to fall more substantially due to weak global demand.

Chinese shares strengthened on Tuesday with the blue-chip index up 1.2%. Australian shares were up 1.7% while Japan’s Nikkei gained 2.8%.

MSCI’s broadest index of Asia-Pacific shares excluding Japan rose 1.3% to the highest in a month, up 20% from a four-year low struck on March 19.

Investors are now eyeing the easing of virus-related curbs in some regions for further trading cues.

In Europe, thousands of shops across Austria are set to reopen on Tuesday. Spain recorded its smallest proportional daily rise in the number of deaths and new infections since early March and let some businesses get back to work on Monday.

In the United States, which has recorded the highest number of casualties from the virus in the world, President Donald Trump said on Monday his administration was close to completing a plan to re-open the U.S. economy.

However, some state governors have signalled the decision on when to restart businesses lay with them.

Wall Street indexes ended mixed on Monday with the Dow and S&P 500 falling while a 6.2% gain in Amazon shares helped the Nasdaq end higher.

In a sign of worries about struggling global demand, oil prices barely reacted to a deal to cut output by a record amount of nearly 10% of world supply.

Skittish market sentiment helped gold prices cling to highs not seen in more than seven years at $1,720.1 an ounce.

In currencies, the dollar extended losses on the back of the U.S. Federal Reserve’s massive new lending programme.