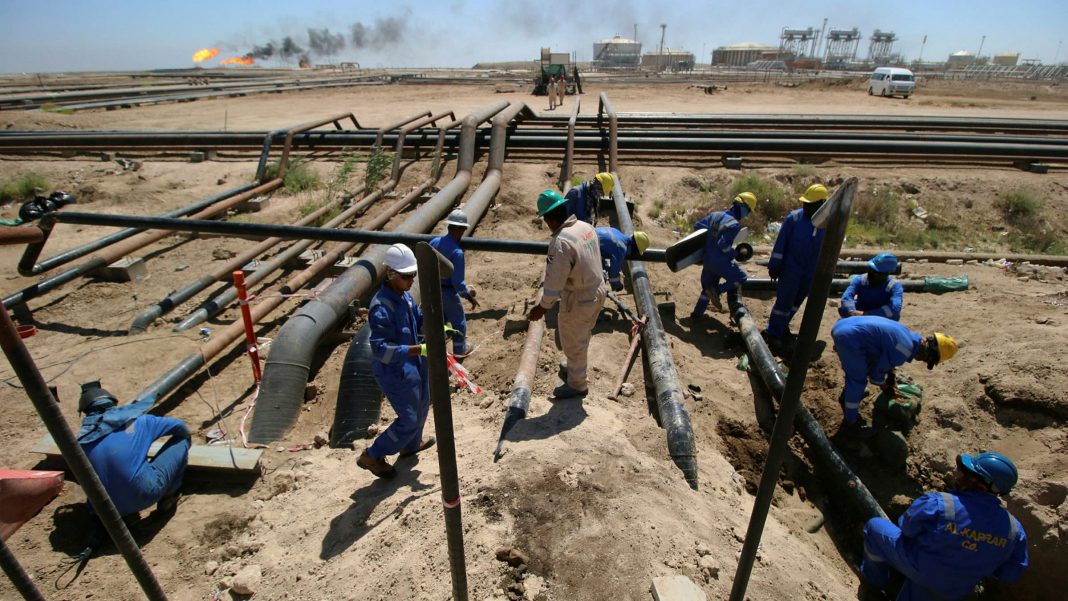 JPMorgan Chase & Co, Wells Fargo & Co, Bank of America Corp and Citigroup Inc are each in the process of setting up independent companies to own oil and gas assets, said three people who were not authorized to discuss the matter publicly. The banks are also looking to hire executives with relevant expertise to manage them, the sources said.

The banks did not provide comment in time for publication.

Energy companies are suffering through a plunge in oil prices caused by the coronavirus pandemic and a supply glut, with crude prices down more than 60% this year.

Although oil prices may gain support from a potential agreement Thursday between Saudi Arabia and Russia to cut production, few believe the curtailment can offset a 30% drop in global fuel demand, as the coronavirus has grounded aircraft, reduced vehicle use and curbed economic activity more broadly.

Oil and gas companies working in shale basins from Texas to Wyoming are saddled with debt.

The industry is estimated to owe more than $200 billion to lenders through loans backed by oil and gas reserves. As revenue has plummeted and assets have declined in value, some companies are saying they may be unable to repay.

If banks do not retain bankrupt assets, they might be forced to sell them for pennies on the dollar at current prices. The companies they are setting up could manage oil and gas assets until conditions improve enough to sell at a meaningful value.

Big banks will need to get regulatory waivers to execute their plans, because of limitations on their involvement with physical commodities, sources said.

Banks are hoping their planned ownership time frame of a year or so will pass a Federal Reserve requirement that they do not plan to hold assets for a long time. Because lenders would be stepping in to support part of the economy that is important to any potential rebound, and which has not gotten direct bailouts from the federal government, that might help applications, too.

For now, the banks are establishing holding companies that can sit above limited liability companies (LLCs) containing seized assets. The LLCs would be owned proportionally by banks participating in the original secured loan.

To run the oil-and-gas operations, banks might hire former industry executives or specialty firms that have done so for private equity, sources said. Houston-based EnerVest Operating LLC would be among the most likely operators, sources said.

“We regularly look for opportunities to operate on behalf of other entities, that is no different in this market,” said EnerVest Operating’s chief executive, Alex Zazzi.

U.S. banks have not done anything like this since the late-1980s, when another oil-price rout bankrupted a bunch of energy companies. More recently, they have relied on restructuring processes that prioritize them as secured creditors and leave bondholders to seek control in lieu of payment.

But banks are becoming more assertive because of the coronavirus recession and balance sheet vulnerabilities that have developed in recent years.

U.S. oil and gas producers have increasingly relied on banks for cash over the past year, as debt or equity options dried up. Lenders have been conservative in valuing hydrocarbons used as collateral, but recent restructurings have left them spooked.

Alta Mesa Resources’ bankruptcy will likely provide banks with less than two-thirds of their money, while Sanchez Energy’s could leave them with nothing.

The structures banks are setting up will take a few months to establish, sources said. That gives producers until the fall – the next time banks will evaluate the collateral behind energy loans – to get their houses in order.

“Banks can now believably wield the threat that they will foreclose on the company and its properties if they don’t pay their loan back,” he said.

Analysis: UAE’s oil expansion give it new weight within OPEC