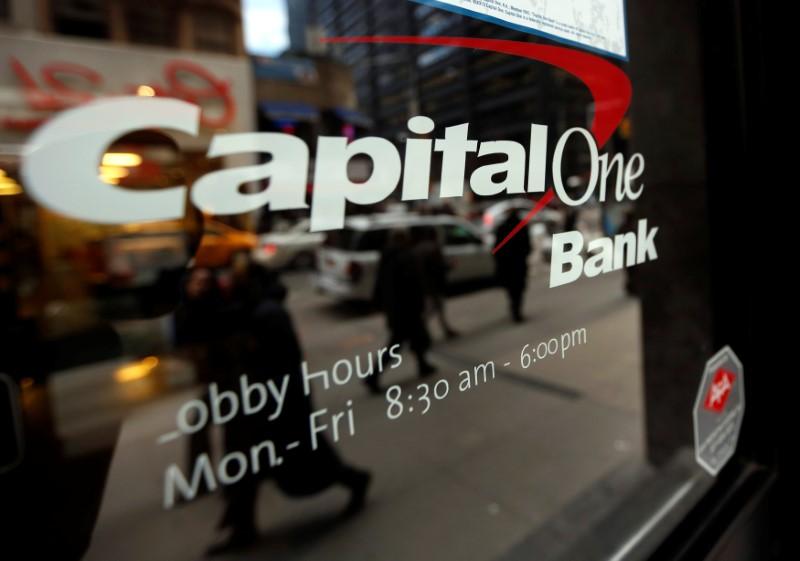 On Friday, the CFTC said it would temporarily exempt a U.S. bank from a requirement to register as a “Major Swap Participant” even though its growing energy swaps exposure would technically require it to do so by the end of the next quarter.

The CFTC did not name the bank on Friday, but the two sources told Reuters it was Virginia-based Capital One, which is best known for its retail lending and credit card business.

The regulator and Capital One declined to comment on the identity of the bank on Wednesday. A spokesman for the CFTC said it issued the waiver to protect the bank and its energy clients from undue disruption, given the unprecedented market conditions over the past month amid the coronavirus outbreak.

“We have actively encouraged all market participants to identify regulatory relief or other assistance that may be needed to help support robust, orderly and liquid markets in the face of this pandemic,” the spokesman said.

Capital One’s waiver lasts until Sept. 30, but if energy prices remain low or the bank’s exposure remains above the threshold, it will register as a swap participant or make business adjustments, the CFTC said on Friday. The designation entails a number of complex and costly reporting and compliance obligations, which the CFTC spokesman said could hurt the institution’s ability to keep lending.

The bank is a relatively small player in the energy lending and financing business, with energy loans accounting for just 1.4% of its total loan book, its filings show.

As part of that business, Capital One enters into commodity swaps with its commercial oil and gas clients to help them mitigate the risk of energy price swings and the related borrowing risks. Typically, those trades do not bring Capital One’s swaps exposure anywhere close to the CFTC’s registration threshold, according to the CFTC’s Friday notice.

But a 50% plunge in crude oil prices caused by the coronavirus and a flood of supply by top producers has seen its exposure on those swaps balloon, putting it on course to hit the threshold by the end of this month, the CFTC said.

Broadly speaking, that threshold kicks in if a bank has $1 billion in daily average aggregate commodity swap exposure that is not secured by collateral, such as cash margin.

Following the 2007-2009 financial crisis during which several major institutions were toppled by their derivatives exposure, Congress created a slew of swap trading laws to reduce systemic risk and increase the visibility of the market.

Still, the decision to grant a waiver in this case has sparked worries that regulators are going too easy on banks in a bid to prop up lending, potentially exposing them to more risk down the road if energy prices do not rebound.

Across the board, regulators have scrambled to grant regulatory relief, worried banks will pull back from lending and exacerbate corporate liquidity stress.

“The priority of the CFTC is not to prop up an ailing sector. It’s to ensure that the market is protected from risks,” said Tyson Slocum, a director at government watchdog group Public Citizen and a member of the CFTC’s Energy and Environmental Markets Advisory Committee.

He added he was worried the agency would give exemptions to other banks caught flatfooted by the market turmoil.

“I’ve got concerns with over-leveraged banks in the oil and gas sector. I don’t want this to spread across the financial sector,” he added.