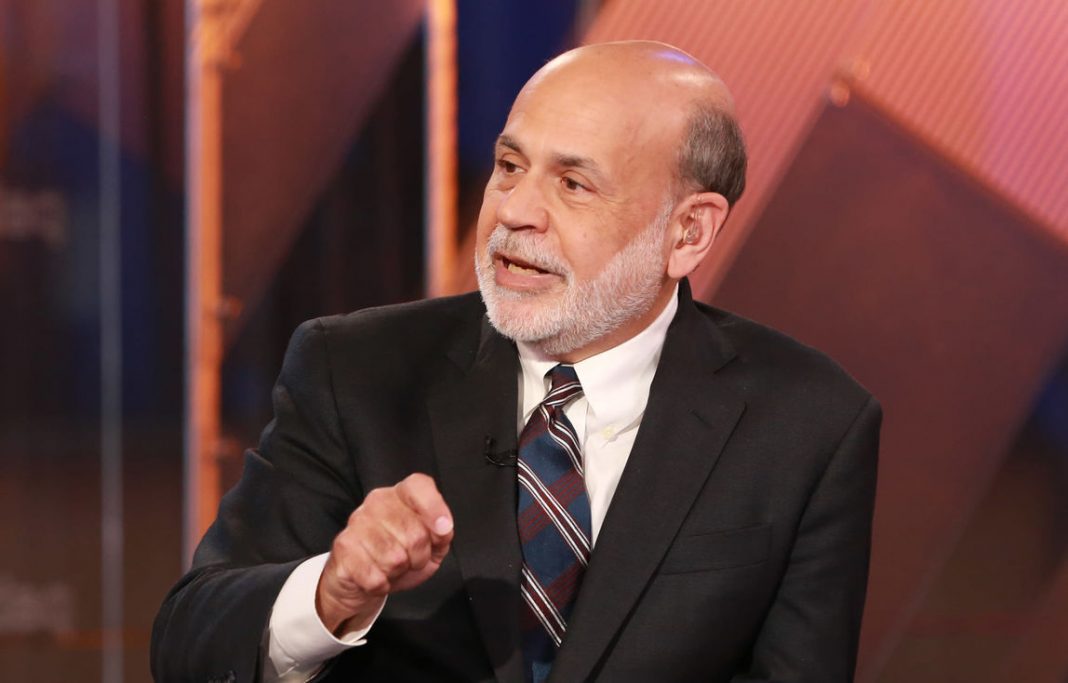 Former Federal Reserve Chairman Ben Bernanke sounded an optimistic tone on the longer-term state of the economy, predicting in a CNBC interview Wednesday that while the U.S. is facing an acute recession, it shouldn’t last.

“It is possible there’s going to be a very sharp, short, I hope short, recession in the next quarter because everything is shutting down of course,” he said on “Squawk Box.”

“If there’s not too much damage done to the workforce, to the businesses during the shutdown period, however long that may be, then we could see a fairly quick rebound.”

During the financial crisis that exploded in 2008, Bernanke guided the Fed through its efforts to save the economy. He was the first central bank chairman to pull its benchmark interest rate down to near zero, and the Bernanke Fed implemented a slew of programs that have been resurrected to deal with the current crisis.

While he guided the Fed through the financial crisis and accompanying Great Recession and is recognized authority on the Great Depression, he said the current situation bears only minor resemblance to those two periods.

“This is a very different animal from the Great Depression” which he said “came from human problems, monetary and financial shocks. This is has some of the same feel, some of the feel of panic, some of the feel of volatility that you’re talking about. It’s much closer to a major snowstorm or a natural disaster than a classic 1930′s-style depression.”

In fact, he said, the current situation is almost the opposite of the financial crisis, where problems in the banking system infected the broader economy. This time, issues in the broader economy brought on by the coronavirus are infecting the banks.

He stressed the important of getting the coronavirus itself under control so that policy can do its work.

“Nothing is going to work, the Fed is not going help, fiscal policy is not going to help if we don’t get the public health right, if we don’t solve the problem of the virus, of the infection, so making sure that the risk has declined sufficiently before put people back in the line of fire,” Bernanke said.

“So I think the public health is the most important one,” he added. “If we can get that straight, then we know how to get the economy working again. Monetary and fiscal policy can do their thing and we won’t have anything like the extended downturn we saw even, I don’t think, in the Great Recession, much less the Great Depression of the ’30s.”

He praised the work being done by Chairman Jerome Powell and the rest of the current Fed.

The Powell Fed has pulled benchmark borrowing rates down to near-zero and implemented a slew of programs aimed at keeping liquidity flowing to the financial system and businesses.

“I think the Fed has been extremely proactive, and Jay Powell and his team have been working really hard and gotten ahead of this and shown they can set up a whole bunch of diverse programs that will help us keep the economy functioning during this shutdown period, so that when the all-clear is sounded, we will have a much better rebound than we otherwise would,” Bernanke said.

Fed Chairman Powell to Testify Before Congressional Committee on Nov. 13