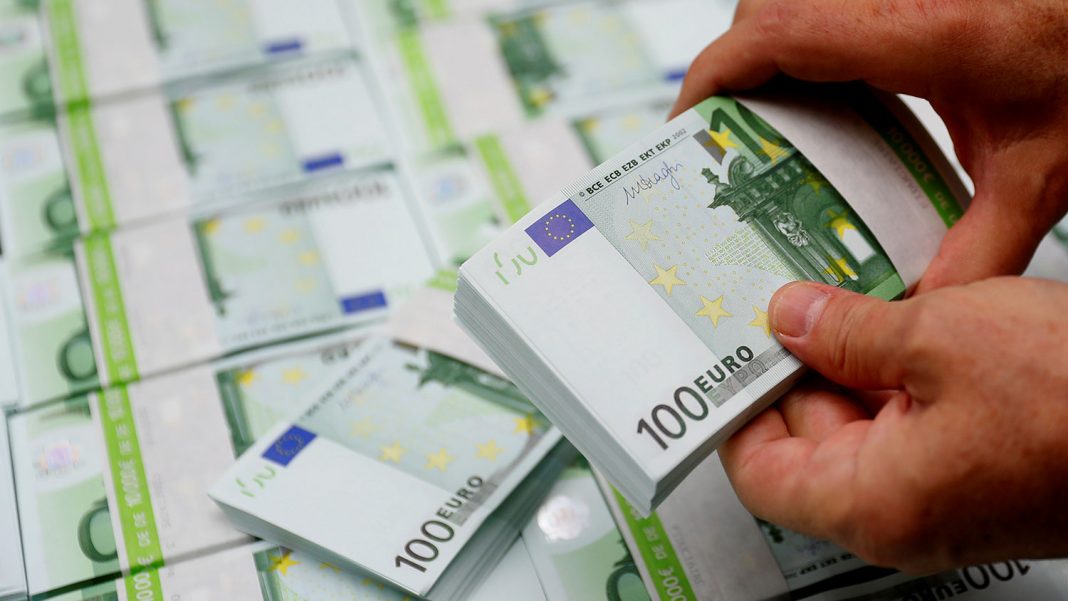 The euro has had a very volatile week and suffered decent losses recently. EURUSD was rejected from more than one-year highs around 1.15 and dipped to 1.1050 by the end of the week. On Monday, the common currency bounced from lows and has been challenging the 1.12 handle which came into market focus again.

In the daily charts, there is a symmetrical triangle formation, pointing to a potential bottom at the above-mentioned lows. On the other hand, the euro is yet to confirm a break above 1.12 as the momentum looks indecisive so far. The main driver behind a local bounce in the common currency is broad-based dollar weakness. Last week, the greenback had the best week since 2015 and now it looks attractive for profit-taking.

The dollar turned lower after the Federal Reserve cut interest rates to 0.0%-0.25% and announced a massive quantitative easing program on Sunday so that to support the domestic economy that could be on the brink of a recession because of the spread of the coronavirus.

The single currency also cheered the statement by the German economy ministry. According to the officials, the domestic economy could stabilize in the third quarter of supply chains are intact again. On the negative side, Italian inflation figures showed that consumer prices declined 0.1% in February and were up 0.3% annually. Both figures came in lower than expected.

At this stage, the euro’s bullish potential looks too modest to call a bottom and bet on a rally in the near term. Once the USD traders digest the easing measures taken by the Federal Reserve, the common currency may get back under the downside pressure, as the situation in Italy looks critical, and the upcoming European data may disappoint.

On Tuesday, the potentially weak ZEW survey may deter euro bulls and bring the pair back below the key moving averages. In the immediate term, the prices need to make a decisive break above the 1.1220-1.1230 region to confirm the bullish bounce. Otherwise, the 200-DMA around 1.11 will come into market focus first.