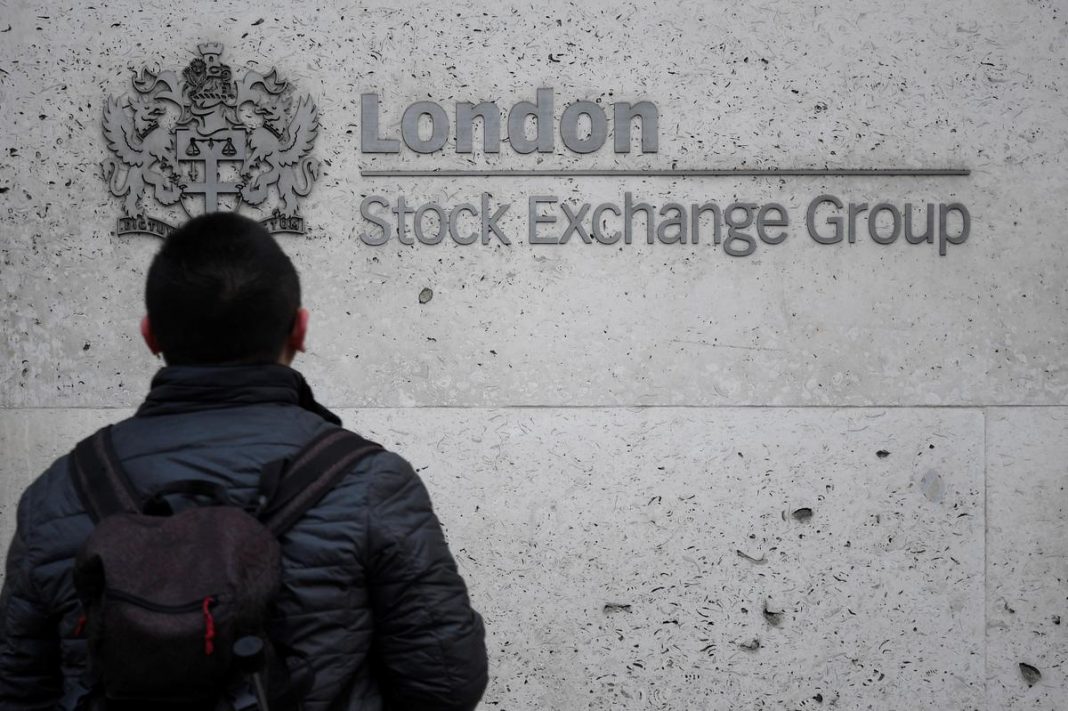 The MSCI world equity index .MIWD00000PUS, which tracks shares in 49 countries, fell 0.5% as European shares followed Asian indexes into the red, stoking demand for the perceived security of safe-haven assets from bonds to gold and pushing oil down 2%.

Shares in London .FTSE fell 1.2%, extending losses as the pound climbed against the dollar after the Bank of England kept interest rates unchanged.

Disappointing earnings and trading updates weighed further on blue-chip stocks, adding to the gloom. Royal Dutch Shell (RDSa.L) fell 4.8% before clawing back some losses after fourth-quarter profit halved to its lowest in more than three years.

The number of confirmed deaths from the virus in China has climbed to 170 with 7,711 people infected, and more cases are being reported around the world.

Chinese factories have extended holidays, global airlines cut flights and Sweden’s IKEA said it would shut all stores in China.

Investors started to gauge the impact of the travel and trade restrictions, with one Chinese government economist saying first-quarter growth in the world’s No.2 economy could be reduced by one point to 5% or lower and that sectors from mining to luxury goods would be hit.

Investment banks also started to put figures on what the damage could be. JPMorgan and ING said they expected China’s 2020 growth rate to slow to 5.6% from 6.1% last year. Citi has said it expects growth to slow to 5.5% from its previous prediction of 5.8%, with the sharpest slowdown this quarter.

Others cautioned that estimates were hard to make.

“The economic impact will be determined by the extent to which it spreads,” said Michael Bell, global market strategist at J.P. Morgan Asset Management, adding that hard evidence of a hit to economic data was needed before the impact of the virus could be judged.

Federal Reserve Chairman Jerome Powell acknowledged on Wednesday the risks from any slowdown in the Chinese economy, but said it was too early to judge the impact on the United States.

U.S. 10-year Treasuries also fell 3 basis points to 1.5600%, their lowest since October US10YT=RR. The yield curve – as measured by the gap between 10-year and three-month note and a closely watched indicator of looming recession – fell again into negative territory.

The World Health Organization’s Emergency Committee was due to reconvene later in the day to decide whether the rapid spread of the virus now constitutes a global emergency.

Chris Weston, head of research at Melbourne brokerage Pepperstone, said: “The fear is that they might raise the alarm bells.”

In Europe, the pound GBP=D3 jumped 0.5% after the Bank of England kept interest rates on hold.

The central bank said signs that Britain’s economy had picked up since December’s parliamentary election, and of a more stable global economy, meant more stimulus was not needed now.

The BOE had appeared close to cutting rates for the first time in more than three years, with investors pricing in a 45% chance that the BOE would cut rates to 0.5% from 0.75%.

Elsewhere in currencies, there was a risk-averse mood, with exposed Asian currencies and commodities sensitive to Chinese demand extending losses as economists made deep cuts to their China growth forecasts.

The Chinese yuan CNH= reversed Wednesday’s gains to fall 0.4% to its lowest level since Dec. 30, breaking through the key level of 7 against the dollar.

The Australian dollar AUD=D3 and the kiwi dollar NZD=D3 both lost 0.3%.

The Japanese yen JPY= rose 0.2% against the dollar, while the Swiss franc CHF=, also seen as a safe haven, also gained.

The dollar against a basket of six major currencies .DXY was flat.

What you need to know about the coronavirus right now