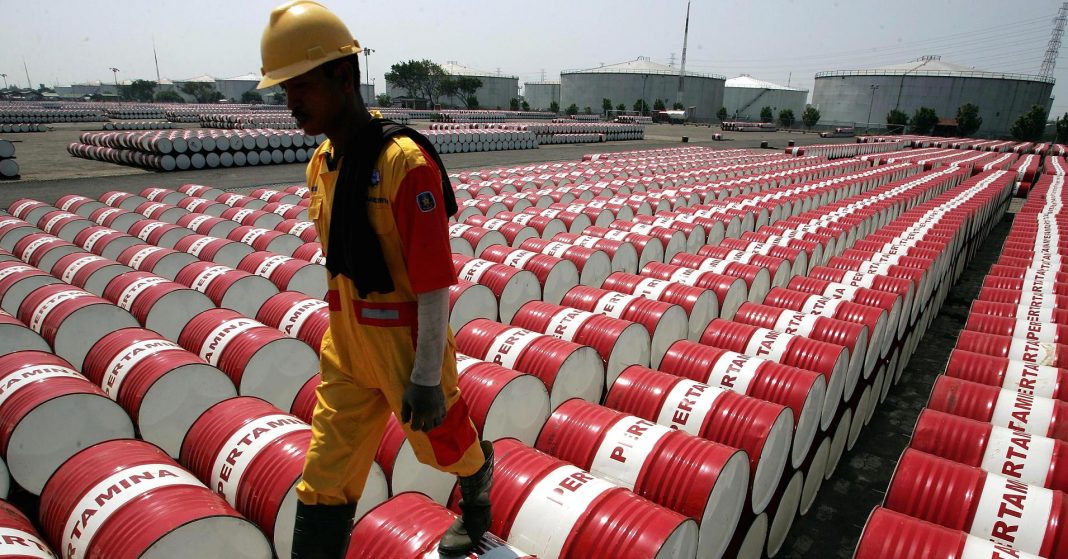 After a positive start for the week, when oil prices briefly jumped to $65.70 on geopolitical tensions in the Middle East, the sentiment in the oil market turned sour again, with prices slipping back below the $65 handle, as risk aversion reemerged in the global financial market. The widespread panic was due to the news that a new coronovirus is spreading across China and the Asian region in general.

Besides, the sentiment among oil traders has deteriorated after the International Energy Agency said it forecasts a market surplus in the first half of the year. Considering that the risk of a new virus outbreak threatens consumer demand and thus the economic growth, this is a negative scenario for the oil market which remains highly sensitive to any negative economic signals. Also, US shale oil production remains at record highs and could grow further, after a decent recovery in the drilling activity.

Against this backdrop, Brent struggles to regain the upside momentum after a rejection from highs around $71 and could see another bearish breakthrough should the conditions in commodities continue to worsen in the near term. Later today, the API releases its fresh weekly report on crude oil inventories. Should the figures come as bearish, the futures may threaten the 200-daily moving average around $63.75. The key report from the EIA is due on Thursday, one day later than usual because of a public holiday in the United States on Monday.

On the upside, Brent crude needs to firmly get back above the $65.60 region, which is standing on the way to the $66 handle. For a bullish scenario to become a reality, oil prices need to see a widespread positive risk sentiment, a weaker dollar, and easing concerns over the economic consequences from an outbreak of a new virus. So far, the short-term outlook remains negative, and a break below $64 will exacerbate the existing bearish technical picture. On the other hand, some signs of abating concerns over the Chinese virus may ease the selling pressure on Brent.