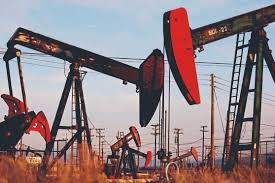 Despite the report was quite bearish, Brent managed to register modest daily gains but recovery attempts were capped by the $65 handle. On Wednesday, the prices are holding above the $64 figure, where the 200-daily moving average lies. Still the bullish attempts are limited by the $64.60 zone. Is looks like sellers decided to take a pause while the bulls are in no rush to reenter the game after the recent sell-off that took the futures to one-month lows, as geopolitical tensions between the United States and Iran have eased.

From the technical point of view, Brent needs to confirm a break above the 200-daily moving average to see a more robust recovery in the short term. for now, it looks like bearish risks have abated but are still there, as long as the prices remain below at least the $66 level. To see more sustained gains at this stage, the market needs to see positive details of the phase one trade deal to be signed by the US and China later today. Also, the official EIA data will be important, as a large build in crude oil inventories could easily send Brent back below the mentioned moving average.

In the longer term, much will depend on the upcoming economic data out of major countries, the geopolitical situation in the world, especially in the troubled Middle East, the rate of activity in the US shale oil fields, and OPEC+ steps to help the market. In this context, today’s news that the group of producers begins consultations to postpone deal decision to June is not good for oil bulls but so far, traders ignore the report as trade deal is in focus.

Bitcoin continues to target the $12,000 barrier