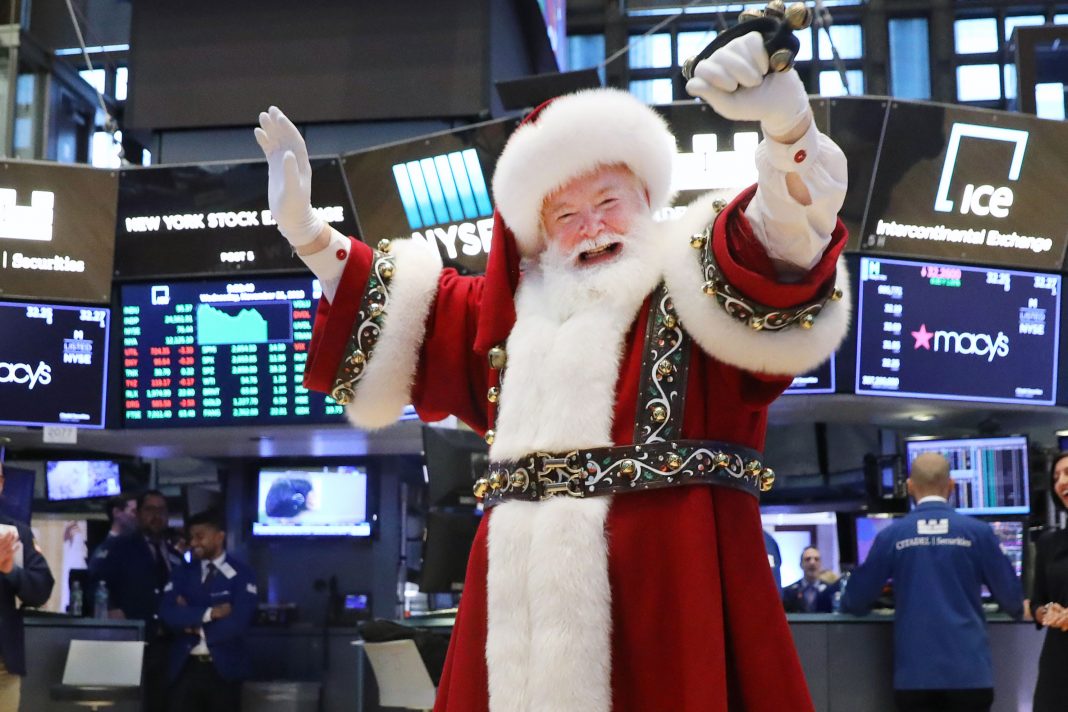 Global markets continue their ascent a Christmas holiday. Overnight, the Nasdaq hit the 9,000 level for the first time ever, with futures continue to point to further gains at the open today. Despite mixed results in Asia, where investors digested the latest positive messages from the United States and China earlier, European stock markets recorded another all-time high on Friday and set for their best year since the global financial crisis despite the Eurozone economy shows signs of weakness.

Apart from trade-related optimism, markets derived support from economic updates out of China, where industrial firms’ profits rose at the fastest pace in eight months. By the way, global stocks have been cheering more upbeat economic data from major countries lately, including the US, where the recession fears continue to abate. At this stage, investors take these signals as positive in the context of easing pressure from the prolonged US-China trade war. But in the longer run, further improvement in fundamentals will dampen hopes of further policy easing by major central banks. As a reminder, support measures taken by monetary authorities served as one of the main bullish catalysts for global equities this year. So, the markets could be deprived of this support factor in 2020 as the largest regulators could turn to a more hawkish rhetoric, citing better economic conditions.

Anyway, stocks derive strong support from the increasing signs of easing trade tensions between the world’s two largest economies. The US and China are set to sign a partial trade deal next month, and the markets have already fully priced in this step. So, there is a possibility that after a knee-jerk reaction, investors will proceed to profit taking in line with the “buy the rumor, sell the fact” strategy. Also, a lot will depend on the details of the agreement and the tone of communication between the two sides. Despite the current optimism, as history shows, there is a risk of another escalation in the trade conflict which is far from being fully resolved.