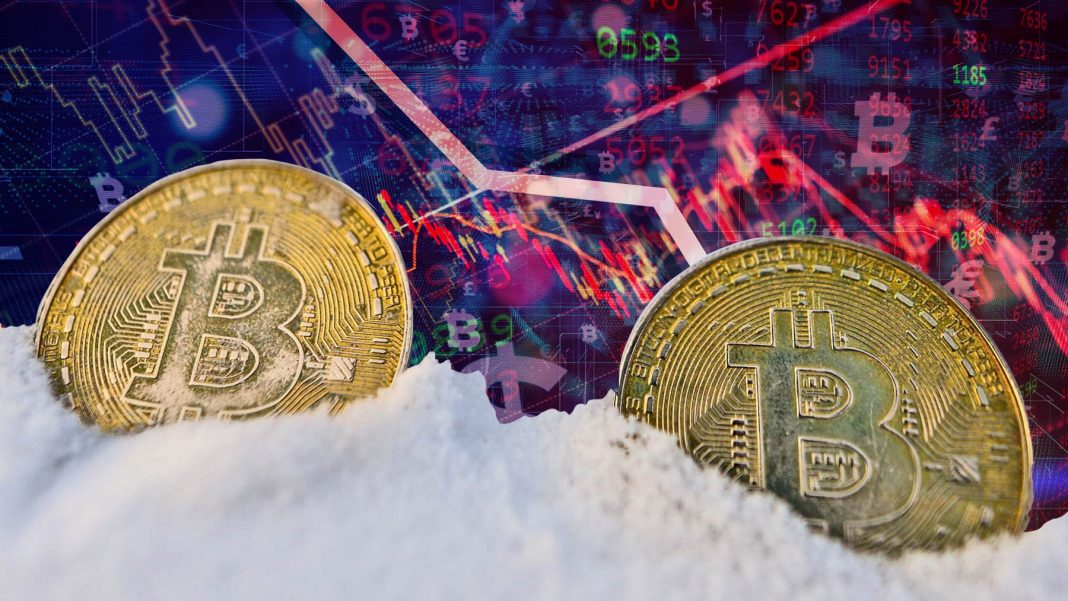 On Wednesday, bitcoin briefly dipped to the $20,000 figure for the first time since late-2020 before bouncing into positive territory on a daily closing basis. The BTCUSD pair finished around $22,500, up nearly 2% on the day. However, the most popular digital currency failed to extend recovery and came back under selling pressure on Thursday, challenging the $21,500 zone during the European hours. Bitcoin has lost around 70% of its value since its all-time high in November 2021.

The crypto space continues to take clues from traditional financial markets. After a rally on Wall Street in the aftermath of a 75 bps rate hike by the Fed, Asian stocks were mixed on Thursday while European equities opened lower across the market as investors expressed concerns over the economic outlook amid aggressive tightening by the Federal Reserve and other central banks. By the way, the SNB unexpectedly raised rates by 50 bps earlier today, adding to market concerns.

Similarly, digital assets came back under pressure after a short-lived bounce, staying within a bear market, with further losses lying ahead. Should sellers continue to dominate the market in the near term, bitcoin may challenge the $20,000 mark, a break below which would pave the way towards the $17,700 zone where December 2020 lows arrive. In a wider picture, BTCUSD is likely to stay on the defensive as well, with global central banks tightening policy to bring inflation under control, thus making imarket players dump their riskier investments, including cryptos.

On the upside, the immediate target for buyers now arrives around $23,000, as decisive break above this level would pave the way towards more decisive recovery towards the $30,000 mark. However, the path of least resistance remains to the downside at this stage, with $20,000 staying in the market focus.