Home Reviews Gold could target $1,900 due to weaker USD and global worries 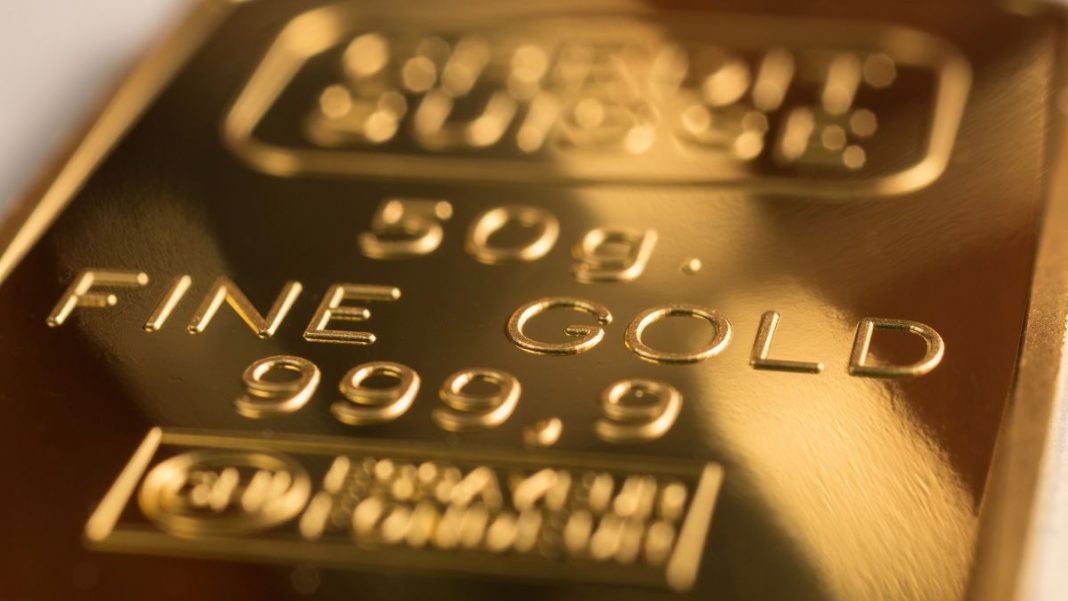 Following two days of gains, gold prices advanced to $1,874 for the first time since May 9 earlier on Friday. However, the precious metal failed to preserve gains and retreated back into negative territory eventually. The XAUUSD pair has settled just above the $1,860 zone since then, refraining from a deeper retreat for the time being.

The outlook for the precious metal has improved somehow after a strong bounce from the levels below $1,830 earlier in the week. In the process, the bullion regained both the 20- and 200-DMAsб now targeting the 100-DMA, today at $1,888. Should the pair regain a bullish bias in the near term, a decisive break above this moving average will pave the way towards the $1,900 psychological level last seen nearly one month ago.

The yellow metal derives support from a weaker dollar, as the greenback struggles below 102.00 ahead of the weekend. The USD index suffered a solid sell-off on Thursday as traders tend to sell the rallies amid growing signs of peaking US inflation that could make the Fed proceed to less aggressive tightening down the road. Also, the elevated geopolitical risks along with signs of slowing global economic growth should protect the safe-haven metal in the medium term.

In a wider picture, a decisive break above a slightly ascending 20-week SMA, currently around $1,891, would add to a more upbeat outlook, while on a monthly chart, there is much room for recovery after two bearish months in a row. On the downside, the bullion may have found a bottom around $1,785 in mid-May while the immediate support now arrives in the $1,840 region where the mentioned 20- and 200-DMAs converge.

Bitcoin jumps on the launch of options on CME