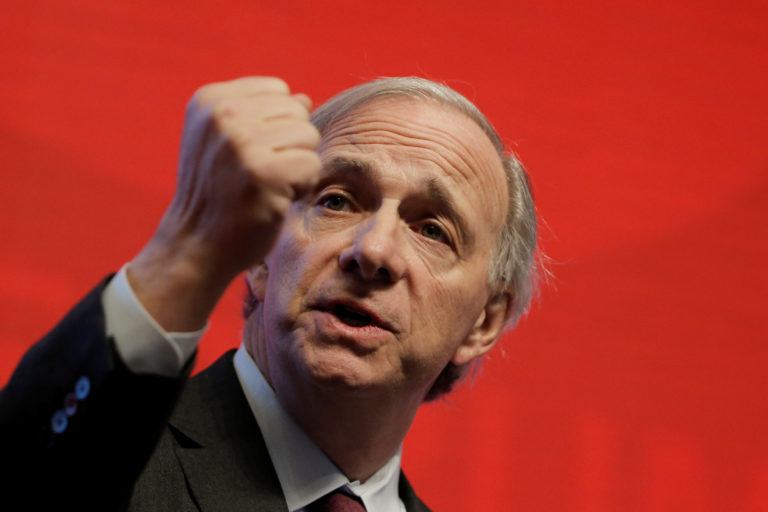 Ray Dalio is making many friends in the crypto community after sounding the alarm about the perilous conditions in the financial system. In a post entitled “The World Has Gone Mad and the System Is Broken,” the billionaire hedge fund manager outlines why something has to give amid unsustainable circumstances comprised of free money, government deficits,  underfunded pension and healthcare systems, and a rising wealth gap.

Dalio mentions bitcoin zero times. But he strikes the right chords with themes such as the Fed printing money and the threat of “three major world reserve currencies” losing their status “as viable storeholds of wealth.” Never one to miss the writing on the wall, the cryptocurrency community was quick to respond to Dalio’s ominous warning, seemingly taking it as their “I told you so” moment and welcoming Dalio to the bitcoin club, whether he agreed to be a member or not. Morgan Creek Digital Partner and bitcoin bull Anthony “Pomp” Pompliano led the welcoming committee.

But Pomp wasn’t alone. Economist and analyst Alex Kruger stressed Dalio’s observation about underfunded pension plans. In his LinkedIn post, Dalio explained how pension investment officers targeted returns in their models that are “much higher (around 7%) than the market returns that are built into the pricing and that are likely to be produced.” When retirement payments come due, pension fund administrators will be up a creek without a paddle. Meanwhile, Dalio predicts.

Incidentally, exchange-traded funds (ETFs) are extremely popular in retirement funds, as they give plan members an easy way to track the stock market. Without a bitcoin ETF, however, they are unable to easily diversify their asset allocation to include crypto. Earlier this year, however, Morgan Creek Digital reportedly scored investments in its venture capital fund from a pair of Virginia pension plans. So for those investment officers willing to expand their risk/reward profiles, where there is a will, there is a way.

Bitcoin Should Be Regulated Like Stocks in India, Says Think Tank...