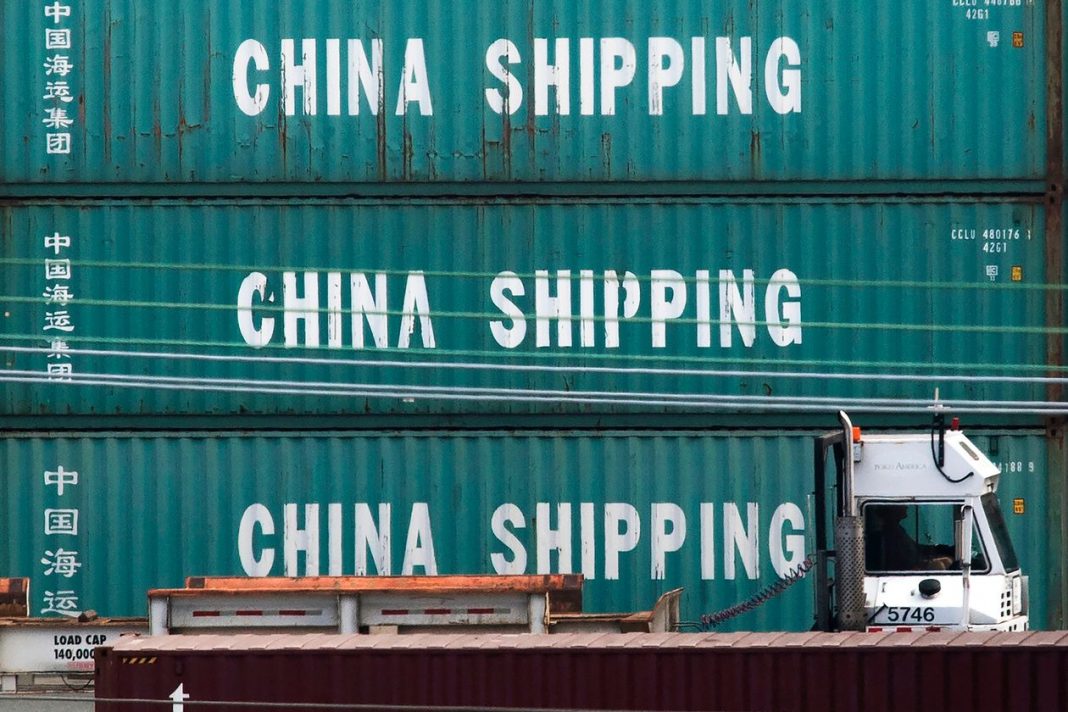 U.S. imports of goods such as cellphones, toys and apparel fell sharply in September, the latest sign that slowing global growth might be spilling into the domestic economy.

Imports sank 1.7% from August to a seasonally adjusted $258.44 billion, the Commerce Department said Tuesday. The decline was led by a 4.4% drop in imports of consumer goods, followed by a 3.4% fall in imports of vehicles and auto parts. Imports of petroleum products also fell in the month, creating the largest monthly surplus in records going back to 1978.

“It could be a sign that the U.S. consumer is possibly curtailing spending,” said Pooja Sriram, a U.S. economist at Barclays, of the drop in consumer-goods imports. “We haven’t seen that category fall by this magnitude in a considerable time.”

Another possible factor is the latest round of tariffs by the Trump administration. Starting Sept. 1, the U.S. imposed 15% duties on $111 billion worth of imported tools, apparel items, footwear and electronics from China.

U.S. households have been a main driver for the economy this year as global growth has weakened and business investment has fallen amid trade uncertainties. A sustained drop in consumer spending would leave the economy vulnerable, economists say.

Consumer outlays grew at a 2.9% annual rate in the third quarter from the previous three months, the Commerce Department reported last week, down from a 4.6% increase in the second quarter. The increase helped offset a 3% decline in business investment. U.S. retail sales also fell a seasonally adjusted 0.3% in September from August.

Tuesday’s report showed imports of goods from China fell 4.9% in September from August to a seasonally adjusted $37.05 billion.

Because of month-to-month fluctuations in trade flows, economists said it was difficult to determine the extent to which the latest tariffs hampered imports.

But Hasbro, Inc., maker of Play-Doh, the board game Monopoly, and other toys and games, said tariffs prompted retailers to cancel some imports of its products from China and attempt to replace them with domestic orders, which the manufacturer wasn’t entirely able to fill.

“In the third quarter, the threat of and the implementation of tariffs in certain instances impacted our shipments and our ability to fully meet demand,” Hasbro CEO Brian Goldner said in an earnings call in October, according to a transcript by FactSet.

Xerox Holdings Corp. Chief Executive Bill Osbourn said in a conference call last week he expects the greatest impact from the September tariffs to be felt in the fourth quarter.

U.S. imports of petroleum products fell 4.6% in September from August, contributing to the record $252 million trade surplus in petroleum.

For months, the U.S. has been expected to become a net exporter of oil and petroleum products, a symbolic moment that showed the country is moving closer to the ideal of “energy independence.”

But the figure, which includes crude oil as well as products such as gasoline, doesn’t mean the U.S. is independent from foreign sources of oil.

The U.S. has become far less reliant on foreign crude in recent years, thanks to a fracking boom that has transformed the country into the world’s top oil producer, churning out more than 12 million barrels a day, according to the Energy Information Administration.

Still, America continues to import substantial volumes of foreign oil, primarily heavier varieties that refiners mix with domestic crude, which generally is lighter and less sulfurous. The fuel makers need a mix of light and heavy oils to operate at optimal capacity.

The U.S. was briefly a net exporter of oil and refined fuels last November, according to Energy Information Administration data, and it has achieved the distinction during several weeks since. Tuesday’s report was the first time in decades that trend has shown up in the monthly Commerce Department reports.

In the calculation of gross domestic product, imports are subtracted, so lower imports, arithmetically, will raise GDP. However, if imports fall because of weak domestic demand, the GDP boost is offset by lower business and consumer spending.

Overall, the U.S. trade deficit narrowed 4.7% in September from a month earlier to a seasonally adjusted $52.45 billion, the Commerce Department said. Through the first nine months of the year, the gap stood at $481.33 billion, up 5.4% from the same period of 2018.