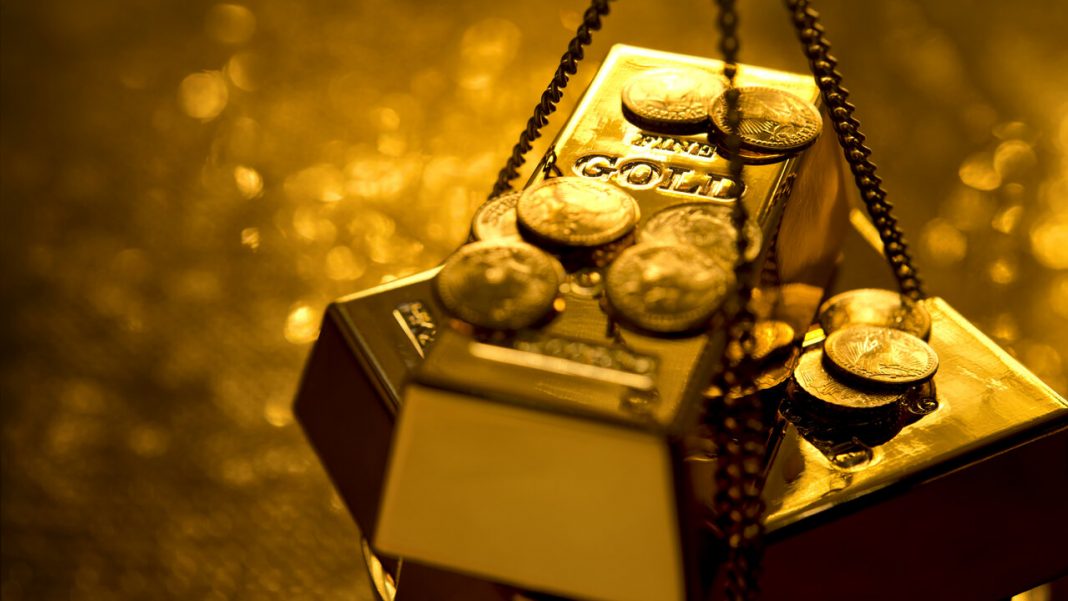 Gold prices opened with a solid bullish gap on Monday following another rejection from the 100-DMA late last week. Despite the bullish bias that has reemerged, upside potential in the bullion looks limited in the near term as dollar demand prevails at the start of the week and the month. The yellow metal was last seen just below the $1,862 handle where the 20-DMA lies.

The fact that the bullion lacks any strong follow-through and remains below the key local tops suggests that the prices could retreat in the coming days, especially as the greenback remains steady despite risk sentiment has improved after the recent sell-off in high-yielding assets.

In the short-term, market players shift their focus to the US ISM manufacturing PMI due later today. Also, investors continue to monitor the US stimulus headlines after a group of Republican senators has proposed an alternative plan for economic stimulus costing about $600 billion, against Biden’s plan for a $1.9 trillion stimulus that was rejected.

Despite gold prices face upside hurdles these days, the longer-term outlook for the precious metal looks fairly upbeat, with the bullion holding above the $1,800 handle since late-November. On the upside, the immediate barrier now arrives at $1,878 where the mentioned 100-daily moving average lies. As long as the metal remains below this level, downside risks persist. If the dollar turns lower in the days to come, the bullion could overcome this barrier to target the $1,900 psychological resistance.

On the downside, the immediate support arrives at $1,849 where the 200-DMA lies. Earlier in the day, the XAUUSD pair derives support from this area. Failure to defend this support would open the way towards last week’s lows marginally above the $1,830 region. In the immediate term, the yellow metal will likely retain a modest bullish bias as investors continue to keep a cautious tone despite the recent risk aversion has abated.

Euro Posts a Bearish Week, Further Losses May Lie Ahead