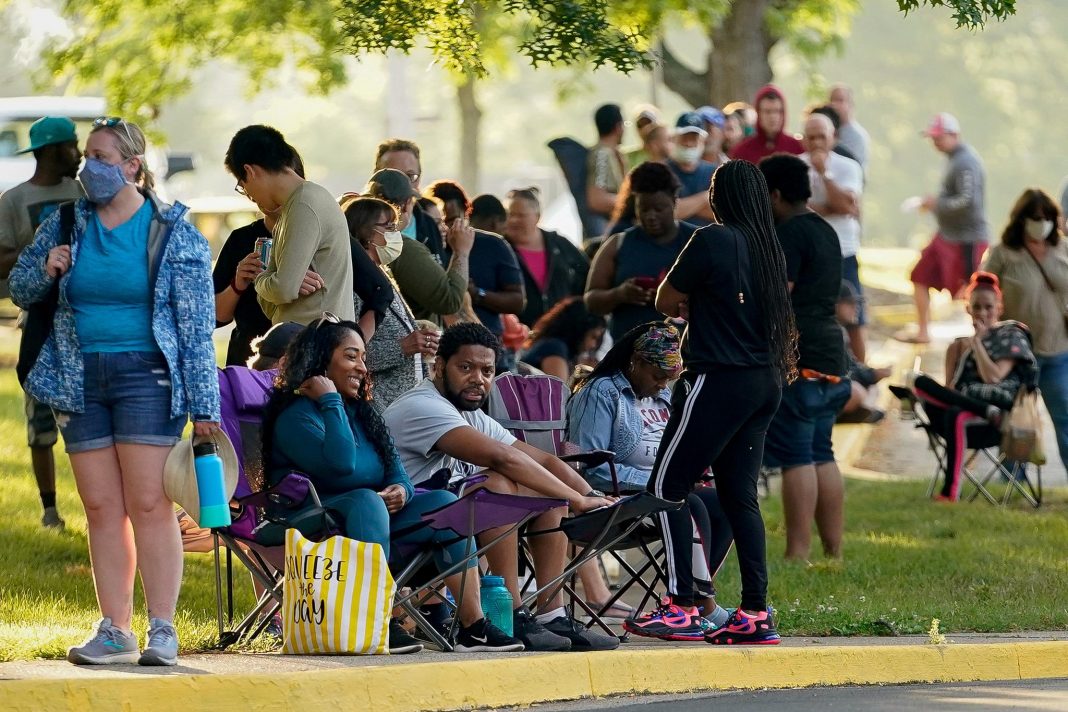 The U.S. economy added the fewest workers in six months in November, hindered by a resurgence in new COVID-19 cases that, together with a lack of more government relief money, threatens to reverse the recovery from the pandemic recession.

The closely watched employment report also showed a surge in people experiencing long periods of joblessness, putting pressure on Congress to come up with another rescue package.

The report only covered the first two weeks of November, when the current wave of coronavirus infections started. Infections, hospitalizations and death rates have sky-rocketed, leading some economists to anticipate a drop in employment in December or January as more jurisdictions impose restrictions on businesses and consumers shun crowded places like restaurants.

“This is a disappointing report, and one that shows the third wave of the pandemic is having a bigger effect on hiring than had been thought,” said Brad McMillan, chief investment officer for Commonwealth Financial Network. “Prospects for a continued strong recovery in consumer spending may be at risk. This is a wake-up call for the Congress and should support more Federal stimulus.”

Nonfarm payrolls increased by 245,000 jobs last month after rising by 610,000 in October, the Labor Department said on Friday. That was the smallest gain since the jobs recovery started in May. The fifth straight monthly slowdown in job gains left employment 9.8 million below its February peak.

Economists polled by Reuters had forecast payrolls would increase by 469,000 jobs in November. Hiring peaked at 4.781 million jobs in June. Reports on consumer spending, manufacturing and services industries have suggested a slowdown in the recovery from the worst recession since the Great Depression.

The United States is in the midst of a fresh wave of COVID-19 infections. Nearly 200,000 new cases were reported on Wednesday and hospitalizations approached a record 100,000 patients, according to a Reuters tally of official data.

A bipartisan, $908 billion coronavirus aid plan gained momentum in Congress on Thursday as conservative lawmakers expressed their support and leaders in the U.S. Senate and House of Representatives huddled together.

More than $3 trillion in government COVID-19 relief helped millions of unemployed Americans cover daily expenses and companies keep workers on payrolls, leading to record economic growth in the third quarter. The uncontrolled pandemic and lack of additional fiscal stimulus could result in the economy contracting in the first quarter of 2021.

U.S. stock index futures sharply pared gains on the jobs report. The dollar was trading lower against a basket of currencies. U.S. Treasury prices were lower.

The unemployment rate fell to 6.7% from 6.9% in October. It, however, has been biased down by people misclassifying themselves as being “employed but absent from work.” Without this error, the government estimated the jobless rate would have been about 7.1% in November.

Despite the ample slack in the labor market, average hourly earnings rose 0.3% after nudging up 0.1% in October. That left the year-on-year increase in wages at 4.4%. The average workweek was steady at 34.8 hours.