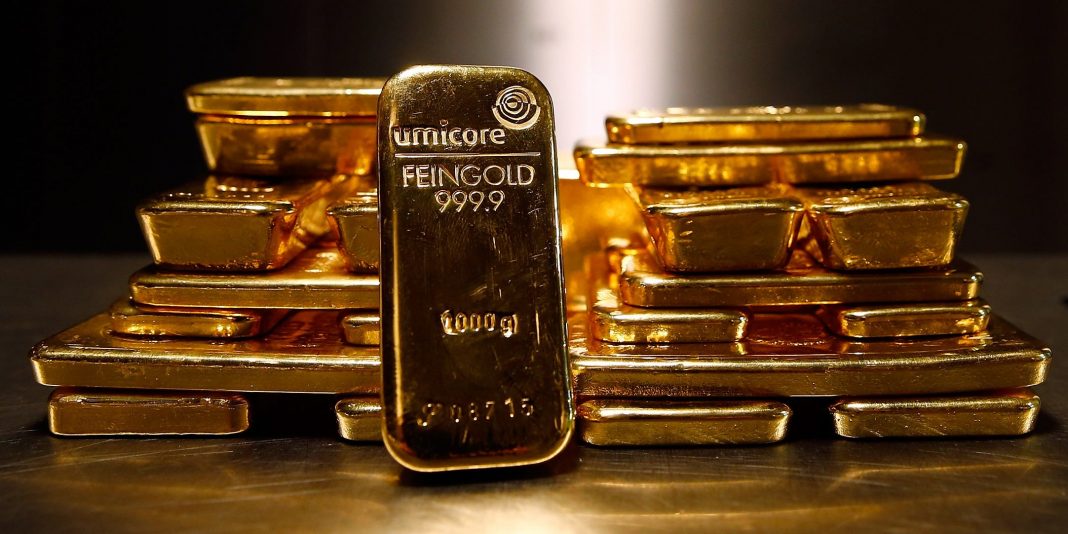 Gold priced declined on Thursday as the greenback staged a short-lived rally that was quickly exhausted but managed to hurt demand for the safe-haven metal that came under pressure after a dovish message from the Federal Reserve. The bullion retreated but stayed above the $1,900 psychological level and resumed the ascent on Friday, having already recouped yesterday’s losses.

The recent volatility in the gold market is due to the signals from the Fed. Powell announced a big shift in the central bank’s monetary policy to “average inflation targeting”, implying that the central bank will be more inclined to allow consumer prices to run higher than the standard 2% target before hiking interest rates.

In general, this is a positive message for high-yielding assets but market reaction looks mixed at this stage as investors probably hoped to hear some details on the regulator’s new strategy. In other words, this shift is a bearish signal for the safe-haven gold that is damping the longer-term outlook for the yellow metal.

Still, gold continues to hold above the $1,900 significant support so far as investors refrain from a more aggressive profit-taking, suggesting there are too many risk factors, issues, and worries in the global financial markets including the US-China conflict, the coronavirus developments, and the outlook for global economic recovery among others.

In the short term, the bullion will likely stay on the offensive as risk sentiment looks mixed-to-negative at the moment. From the technical point of view, gold prices need to overcome the $1,975 region in order to retarget the $2,000 psychological level.

On the downside, the immediate support arrives at $1,940, followed by $1,920, and $1,900. The daily RSI is pointing north, implying that the yellow metal could retain the bullish bias until the end of the trading week. Later in the day, fresh economic data out of the US could affect gold prices through the dollar dynamics.

Bitcoin clings to its highest levels in almost three years