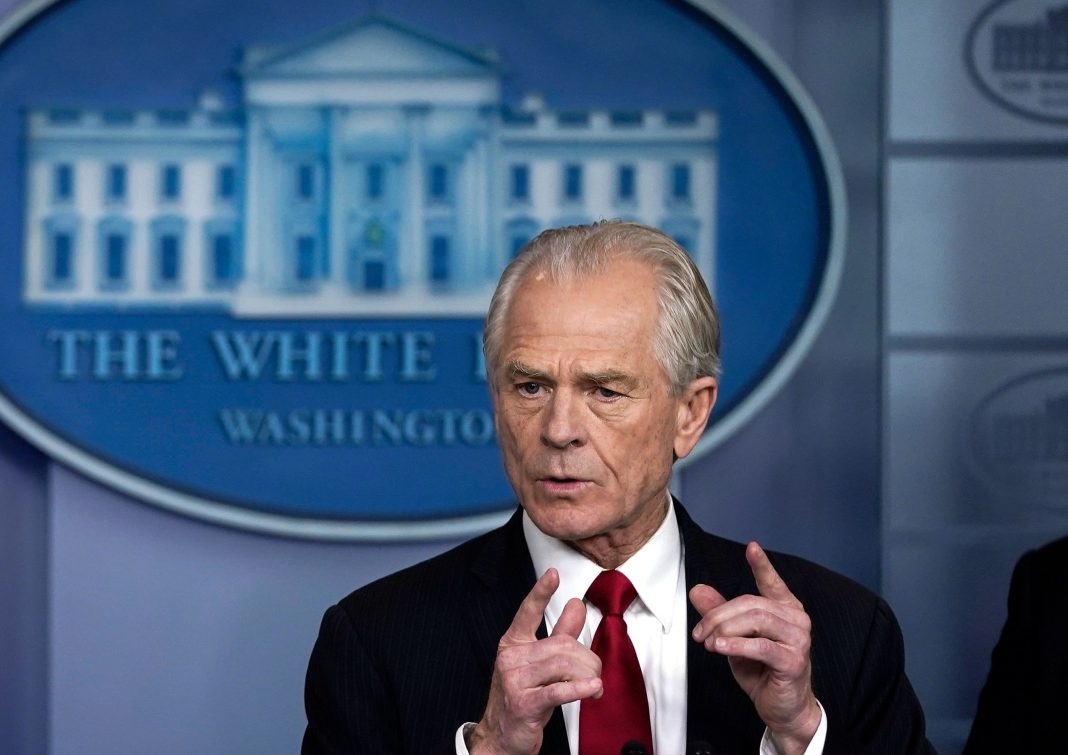 Fox News reported that Navarro had said Monday that Trump had decided to terminate the trade agreement.

U.S. futures fell after the Fox News report, but recovered after Navarro’s clarification.

“My comments have been taken wildly out of context,” Navarro said in a statement from the White House. “They had nothing at all to do with the Phase I trade deal, which continues in place. I was simply speaking to the lack of trust we now have of the Chinese Communist Party after they lied about the origins of the China virus and foisted a pandemic upon the world.”

In a Twitter post late Monday, Trump said “The China Trade Deal is fully intact. Hopefully they will continue to live up to the terms of the Agreement!”

In its report Fox News said that Navarro — a China hawk — had blamed the breakdown of the trade deal on China not promptly warning about the coronavirus outbreak. The virus emerged in the Chinese city of Wuhan late last year, before both countries signed the trade deal in January.

The host of Fox News’ “The Story,” Martha MacCallum, had asked Navarro about the trade deal: “Given everything that’s happened and all the things you just listed, is that over?”

Navarro added that the “turning point” came when the U.S. learned about the spread of the coronavirus only after the Chinese delegation had left Washington. The delegation, which included Chinese Vice Premier Liu He, was in Washington to sign the phase one agreement.

Relations between Washington and Beijing have been at their worst in years. The Trump administration has repeatedly hit out at Beijing for its handling of the coronavirus outbreak and for not being transparent about the extend of its spread.

Escalating tensions between the two countries in recent months brought into question the fate of the phase one trade deal, which put a pause in their damaging trade war that had become one of the biggest threats to the global economy in the pre-coronavirus era.

China has fallen short of its commitments in the trade deal — as predicted by many experts — partly due to disruptions from the pandemic.

Trump said last month he was “torn” over whether to end the trade deal with China, even though officials from both sides said they were making progress in implementing what’s outlined in the agreement. In the phase one trade deal, China agreed to buy an additional $200 billion in U.S. goods and services by 2021, on top of 2017 levels.

U.S. Trade Representative Robert Lighthizer, one of the key negotiators in the deal with Beijing, reportedly said earlier this month that he felt “very good” about the deal and that “China has done a pretty good job” in some structural changes.