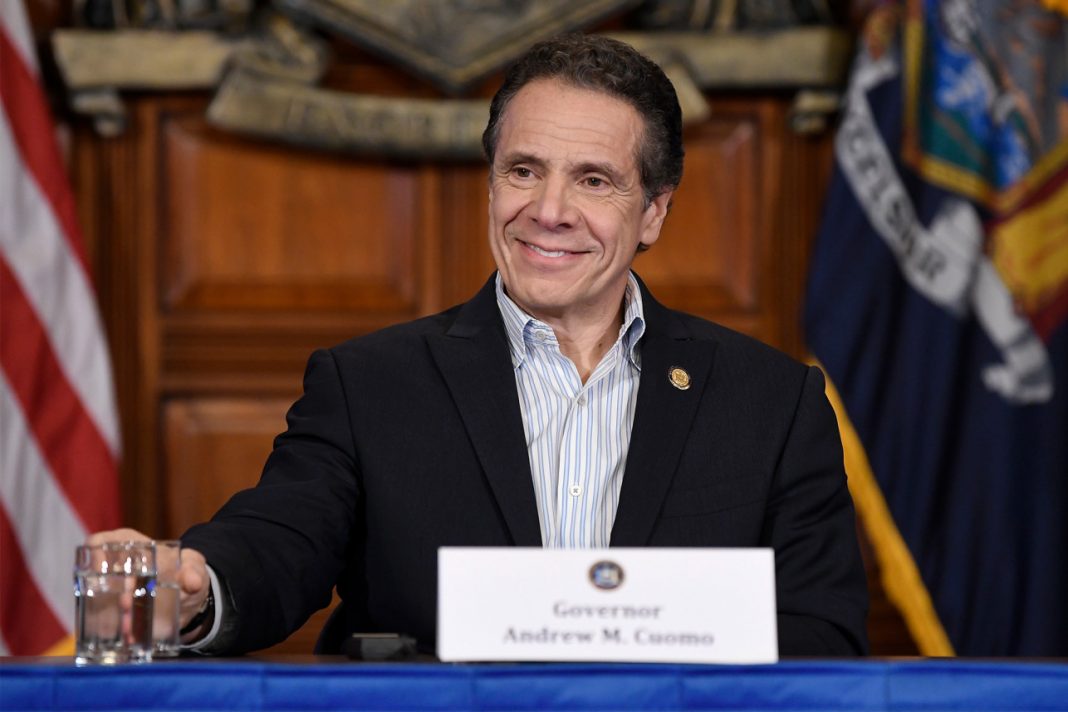 Yes, the governor is up to his neck in five-star reviews for his management of the corona­virus crisis. His TV presence radiates calm competence. Clearly, he has gotten the poetry of governance-in-a-maelstrom right; whether he is on top of the prose of it remains to be seen, but it certainly seems so.

And of such stuff are political superstars born. So it’s no surprise that people are talking him up as a potential partner to presumptive Democratic presidential nominee Joe Biden. If ever a candidacy needed a belt of Red Bull, it’s Biden’s.

But as they say, talk is cheap. (And it becomes bizarre and laugh-worthy when it’s about Cuomo replacing Biden himself.)

Let’s first look at the veep speculation from the governor’s perspective: His political instincts are as acute as anyone’s, so he doubtless knows that the instant politics pops up, the wheels fall off the Cuomo-as-calm-crisis-navigator wagon.

And then there goes the rationale for his even being in the conversation. His star could set as quickly as it rose. So why would the governor want that?

After all, he is only 62, solidly positioned in a party now dominated by superannuated fixtures on one side, and earnest-but-untested strivers on the other. Given that Biden, now 77, very likely would be a one-termer, next time around has to be looking pretty good to Cuomo.

If nothing else, waiting would give him time to achieve a goal denied his father, Mario, a fourth term, and thence perhaps to the top of the ticket in 2024.

So, would a Cuomo vice presidential candidacy help Biden and the party’s November ticket? Probably not much.

The most obvious impediment would be Biden’s incautious, ­unnecessary pledge to make a woman his running mate. It’s ­always a mystery when pols box themselves in like that: If Democrats wanted a serious female contender, the primary process would unambiguously have elevated one. But there you have it.

Thus Cuomo is roadblocked, and if Biden were to pick him anyway, the reaction from the party’s identitarian activists would be explosive.

Similarly, the organization’s striver wing — most of those cluttering the various primary debate stages, plus others — would go apocalyptic about line-jumping of any sort. Biden doesn’t need that at all.

Party poobahs would be against it: Democratic National Committee Chairman Tom Perez tends hard left; Senate Minority Leader Chuck Schumer has no love for Cuomo, and African American leaders, ­arguably the organization’s single most powerful bloc, see the governor as an impediment to party diversity and thus to their own interests.

Certainly, Cuomo’s 10-year tenure itself bodes caution. Yes, he has been a reliable progressive, especially on guns, trendy egalitarian economic legislation and the various woke social causes. But he has also been aggressively pro-charter schools and thus a poison pill to teachers unions, an often thuggish and influential special interest; this alone could kill his candidacy.

Moreover, Cuomo’s various ­upstate economic development schemes — most disastrous in execution and each scandal-plagued along the way — are in the background now. But they’d move center stage if he was on the ticket, so why would Biden want that to happen?

Then there is the continuing Cuomo star turn — impressive at the outset for its steadying presence in a moment of grave crisis. The enthusiastic response to it speaks to a nation hungry for ­responsible, articulate, adult leadership.

But inspirational rhetoric has a short shelf life. Once the rules governing life in a pandemic are absorbed, the shutdown effected and the new expectations established, all that’s left is talk.

Again, Cuomo has performed magnificently to this point, but those who have followed his oratory over the years — the anger-tinged, over-the-top campaign speeches and official addresses — are aware of his limits, too.

Rhetoric must remain restrained if it is to be effective over time, and restraint isn’t Cuomo’s superpower.

Biden & Co. must know this, and so there they have another reason to keep the governor at arm’s length. This, no doubt, they will do.

New York and the nation — via the cable news nets — have benefited from Cuomo’s contributions during this crisis. It would be in everybody’s best interests to leave it at that.

There will be time enough for the governor’s future when the storm clouds lift and politics normalizes.