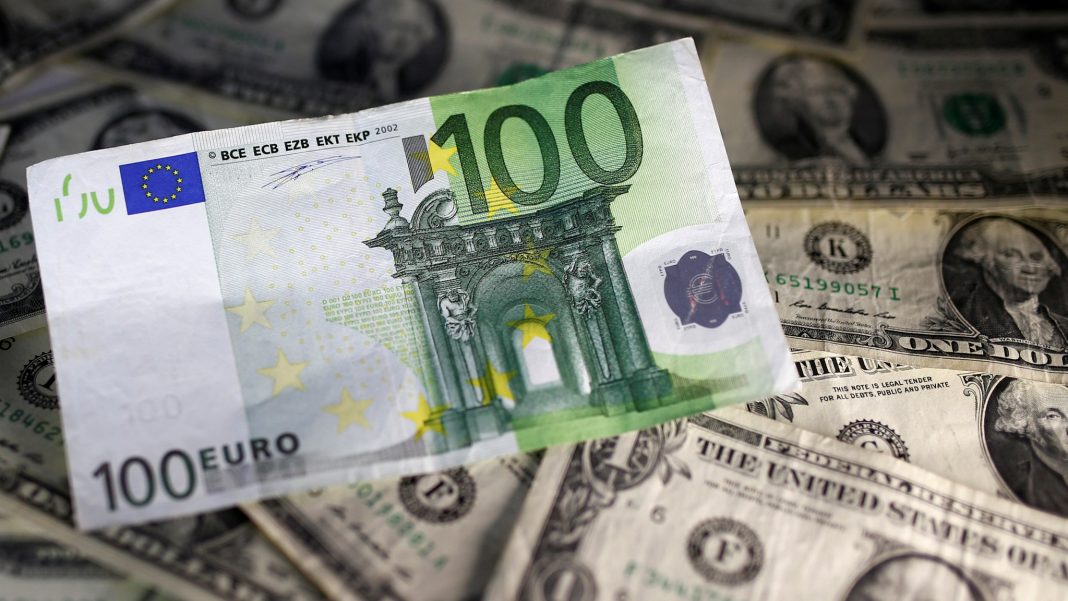 EURUSD has been trading inside the narrowing range, with downside bias persisting, both in the short-term and the weekly charts. The pair struggled to get back above the 1.11 barrier last week and remains under pressure since then, as the greenback remains relatively robust. On Monday, the euro finished lower for a fourth straight session, hitting 10-day lows just above the 1.10 level which continues to serve as the key immediate support zone.

The latest economic signals from Germany help to somehow ease concerns over a possible recession in the Europe’s largest economy. As such, following IFO survey results which came in line with expectations, today’s release showed that German Gfk consumer confidence is set to rise 9.7 points in December from 9.6 in November. Despite the improvement is modest, it adds to recent signs that Germany has avoided a deeper slowdown for now.

However, as the dynamics in the euro shows, these signals are not enough to fuel demand for the common currency, as its appeal remains dented by economic concerns in the region. The euro will need further signs of improving economic prospects in the Eurozone along with rising inflation to get out of the current bearish trend.

Moreover, the pair is under pressure amid the monetary policy divergence between ECB and the Federal Reserve. Considering low inflation expectations and the ailing regional economy in general, the ECB will further keep rates negative and may even cut them further should the economic background deteriorate. Also, the European central bank will proceed with buying assets via the renewed quantitative easing programme. The Federal Reserve, meanwhile, has taken a pause in its easing cycle after three rate cuts since summer. And despite the monetary authorities are far from resuming hiking, they are not going to cut further, at least for now.

Against this backdrop, EURUSD looks fundamentally weaker and will likely stay vulnerable to further losses, especially amid the unsustainable risk sentiment in the financial markets. So any upside attempts could be fruitless for now, unless the US and China strike a partial trade deal in the coming weeks.