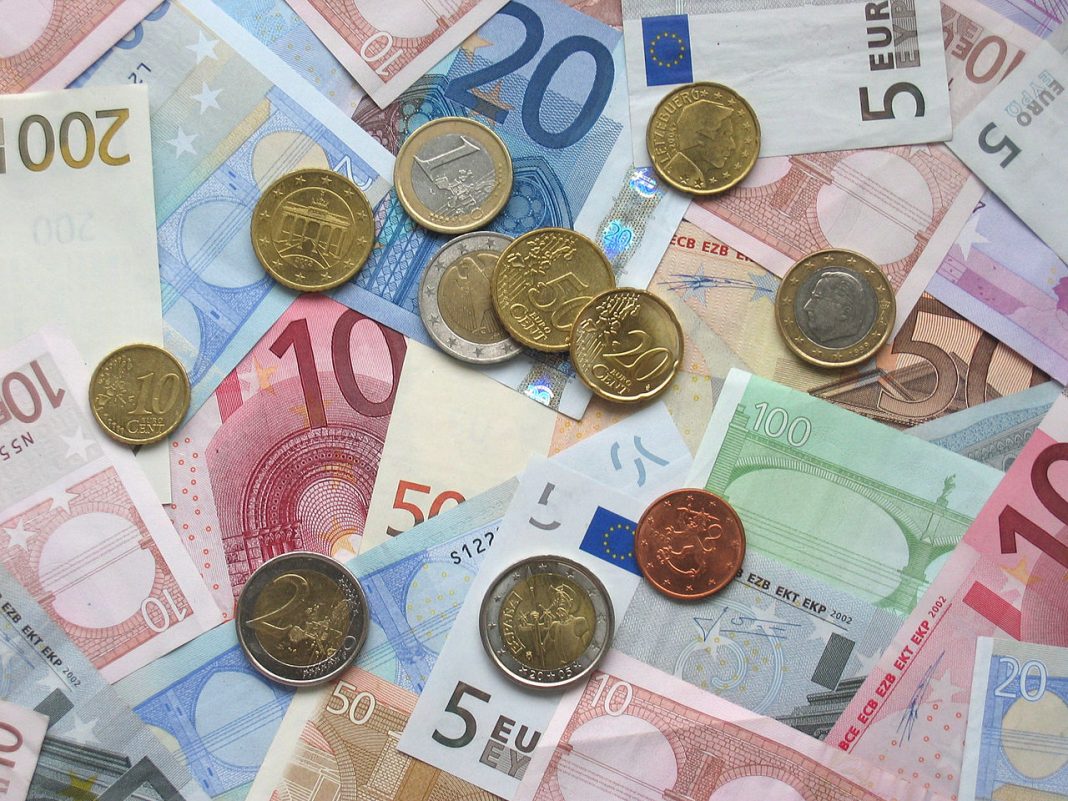 The euro has steadied after a brief dip to mid-March lows at the start of the week. EURUSD bounced off 1.0944 to settle around the 1.1000 figure that remains in the market focus on Tuesday. The pair remains capped by the descending 20-DMA, lacking the recovery momentum amid dollar’s strength across the market. The safe-haven demand for the buck has eased somehow today but the overall bullishness continues to persist, pressuring high-yielding counterparts including the common currency.

Fresh data out of Germany showed that import prices rose just 1.3% in February versus 1.8% expected while the previous print came in at 4,3%. Similarly, GfK consumer confidence arrived at -15.5 in April versus -14.0 expected and -8.1 prior. Interestingly, the reports failed to disappoint the European currency, with the pair entering positive territory ahead of the European session.

It looks like the EURUSD pair could get back above the 1.1000 mark in the short term to once again challenge the mentioned moving average. However, a sustained break above these immediate barriers is unlikely at this stage as traders stay too nervous and cautious ahead of major events due this week including fresh peace talks between Russia and Ukraine, the speech from the ECB’s Lagarde, and the US NFP employment data.

The euro has also been pressured by rising fears of stagflation in Europe amid Russia’s ongoing military operation in Ukraine. Of note, inflation in the region arrived at 5.9% last month, coming in very much higher than the central bank’s target of 2%. In this context, Lagarde’s comments could provide some insights into the ECB’s monetary policy action next month.

In the immediate term, EURUSD needs to preserve its latest intraday gains and hold above 1.1000 on a daily closing basis in order to see a more robust recovery in the coming days. However, downside risks continue to persist for the time being, with dollar bulls remaining in control.