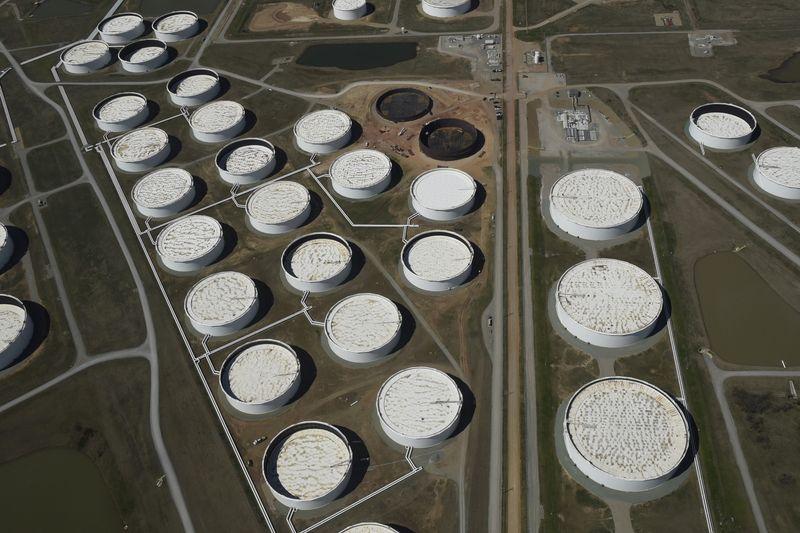 Hedge funds and other money managers bought the equivalent of 14 million barrels in the six most important petroleum futures and options contracts in the week ending April 20. (tmsnrt.rs/2QzX1Tl)

The combined positions across all six contracts rose to a three-week high of 832 million barrels, according to records published by ICE Futures Europe and the U.S. Commodity Futures Trading Commission.

In the most recent week, funds bought Brent (+14 million barrels) and U.S. gasoline (+5 million), sold NYMEX and ICE WTI (-5 million), and made no change to positions in U.S. diesel and European gas oil.

There have only been minor week-to-week changes across the complex since the four-month vaccine-driven rally that started in November came to an abrupt end in March.

Cautious production increases by OPEC+ and a strong business cycle upturn have encouraged bullish sentiment about downward pressure on oil inventories and upward pressure on prices in the second half of the year.

But even greater bullishness has been limited by the prospect of output increases from shale producers, resurgent coronavirus infections in Europe and India, and the likelihood of continued restrictions on international flying.

Crude oil prices are already at or slightly above their long-term average in real terms, which is consistent with a market in the early or mid stages of a cyclical upswing.

Higher prices at this point would probably trigger accelerated drilling and production from the U.S. shale sector plus faster production increases from OPEC+ ensuring prices become progressively unstable above $70.

Significantly lower prices are likely to lead to a response from Saudi Arabia and possibly other members of OPEC+ as well as discouraging the reactivation of U.S. well drilling and completions.

For the time being, Brent futures prices seem to have settled into a range of $60 to $70, until there is a clearer sign of a resumption in international passenger aviation.