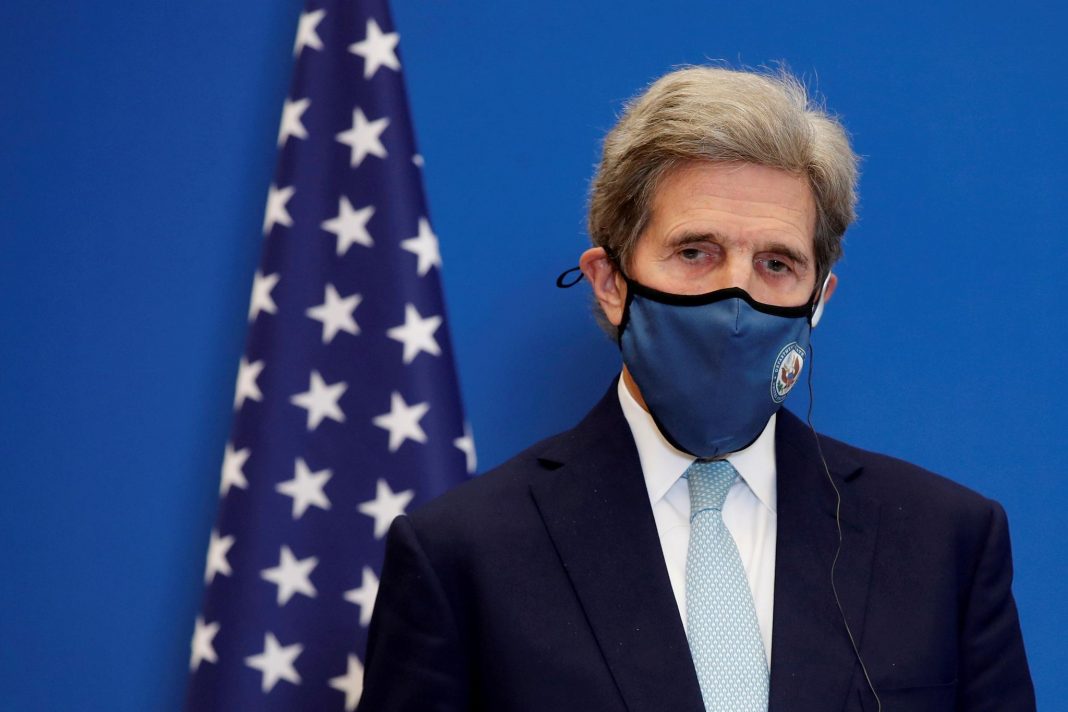 Sino-U.S. ties had sunk to the lowest level in decades under the Trump administration. High-level talks in Alaska last month, the first since U.S. President Joe Biden took office, yielded no breakthrough.

Kerry, who Biden selected to represent the United States in international climate talks, will seek to find common ground on climate change with Xie, whom he has been acquainted with for years.

Kerry is in Shanghai at the invitation of the Chinese ministry of ecology and environment, said Zhao Lijian, a spokesman at the foreign ministry, when asked at a regular media briefing who proposed the face-to-face meeting.

The two will exchange views on COP 26, said Zhao.

COP 26, as the 2021 United Nations Climate Change Conference is also known, will be held in Glasgow, Scotland, in November.

Kerry has been urging countries around the world to set ambitious targets for cutting their greenhouse gas emissions. The United States is set to announce its own new target for emissions cuts by 2030 in the coming week.

Biden’s Earth Day summit, scheduled for April 22-23, will be a chance for the White House to reassert U.S. leadership on climate change. Biden brought the United States back into the Paris climate accord, from which Donald Trump withdrew in 2017.