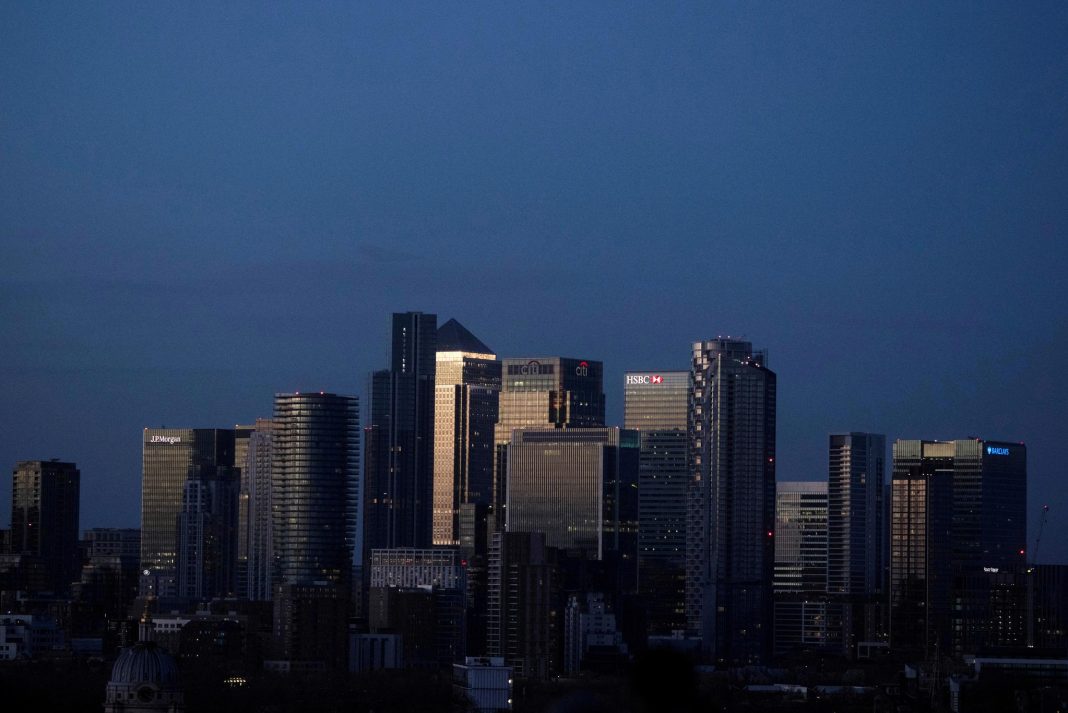 Surging new orders before an easing of COVID-19 lockdown restrictions has prompted a stronger rebound for British companies than expected this month, although price pressures are rising sharply, too, a business survey showed on Wednesday.

The flash IHS Markit/CIPS UK Composite Purchasing Managers’ Index (PMI) rose to a seven-month high of 56.6 in March from 49.6 in February. A Reuters poll of economists had forecast a reading of 51.1.

Britain’s economy shrank by 10% last year – its sharpest decline in more than 300 years – and earlier this month government budget forecasters predicted it would take until the middle of next year before it regains its pre-pandemic size.

But confidence among British businesses had been bolstered by Britain’s swift roll-out of COVID-19 vaccines, one factor behind the first increase in employment since the start of the pandemic, the survey showed.

Services in Britain enjoyed a rapid recovery, in contrast to those in the euro zone. They saw another month of contraction as many countries re-entered lockdown to stem a third wave of COVID-19. They’re also struggling with their vaccination programmes.

“The rise in the (UK) composite PMI in March is probably a taste of things to come over the next few months as retail and hospitality firms are allowed to open again,” said Thomas Pugh, UK economist at Capital Economics, a consultancy.

“This gives us more confidence in our view that the economy will have regained its pre-pandemic level by early next year.”

The survey is likely to bolster confidence among Bank of England officials that the economy is on track for a swift recovery. IHS Markit said its survey pointed to robust growth in the second quarter.

The PMI does not cover British retailers, but separate figures from market research company GfK on Friday showed consumer sentiment was the strongest in over a year, again largely based on recovery hopes. Another survey on Wednesday, from Bank of America also found the highest level of consumer confidence for a year.

But companies still face difficulties – not least in the form of rising costs.

The PMI’s gauge of company input prices rose to a more than four-year high in March, with manufacturers citing increased costs from a global shipping shortage and customs delays.

The factory PMI rose to its highest since November 2017 at 57.9 in March but was flattered by the way the survey interprets supply chain disruption. The services PMI rose to a seven-month high of 56.8 from 49.5 last month.

Bitcoin collector MicroStrategy fills its wallet with another $1 billion