Home Markets Factbox: Latest on the worldwide spread of coronavirus 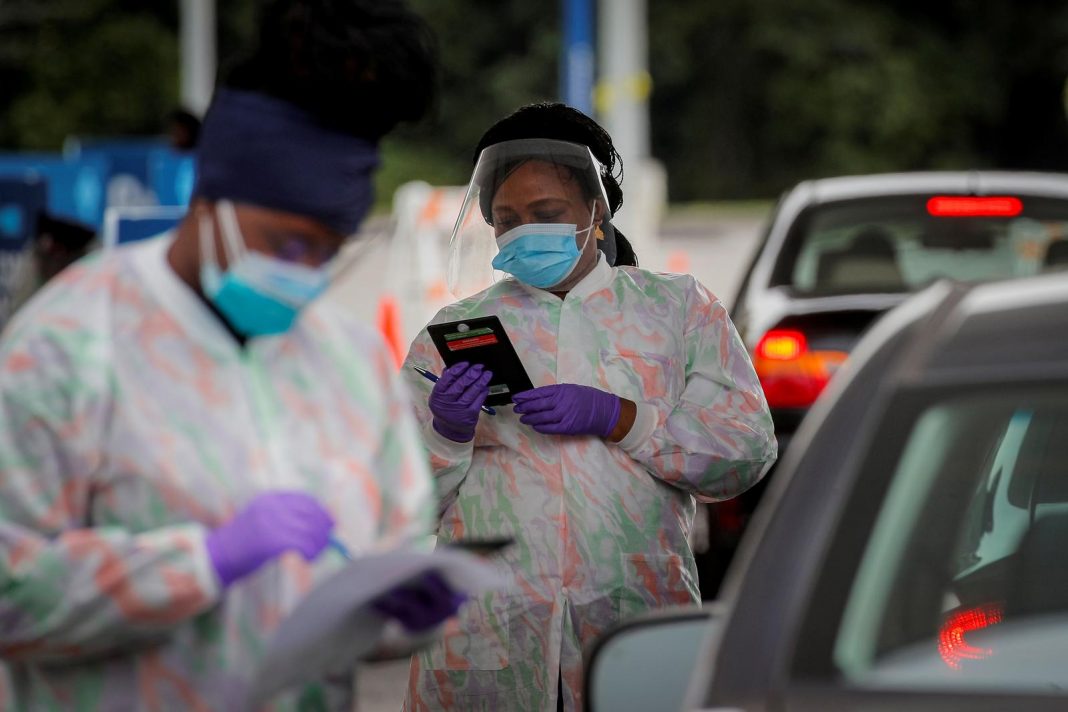 The U.S. death toll from COVID-19 approached 200,000, by far the highest number of any nation, while Mexico surpassed 700,000 confirmed cases even as health authorities cited what they described as nearly two months of slowing infection rates.

* For an interactive graphic tracking the global spread, open tmsnrt.rs/3aIRuz7 in an external browser.

* For a U.S.-focused tracker with a state-by-state and county map, open tmsnrt.rs/2w7hX9T in an external browser.

* All pubs, bars, restaurants and other hospitality venues across the whole of England must start closing at 10 p.m. from Thursday as Prime Minister Boris Johnson tackles a second wave of infections.

* Greece reported 453 new cases of COVID-19 infections, a new daily record since the start of the outbreak in the country.

* India reopened the Taj Mahal after six months, with the first visitors trickling into the famous monument as authorities reported 86,961 new infections across the country, with no signs of a peak yet.

* Australia’s virus hotspot of Victoria reported a more than doubling in new infections, likely as a result of increased testing, while other states said border restrictions would be relaxed as case numbers dwindled.

* The U.S. Centers for Disease Control and Prevention took down its guidance warning on possible airborne transmission of the novel coronavirus, saying that the draft recommendation was posted in error.

* Optimism that vaccines are on the way to end the pandemic has been a major factor in this year’s U.S. stock resurgence. That will face a critical test in coming weeks, as investors await clinical data on whether they actually work.

* Nigerian health workers who went on strike in mid-September for a hazard allowance for treating coronavirus patients returned to work, their union said, without their demands being met.

* Iraq is to bar entry to religious pilgrims, its government health committee said, just weeks ahead of a Shi’ite Muslim pilgrimage which is the largest annual religious gathering in the world.

* Some 156 nations have joined a global scheme for fair distribution of future vaccines against COVID-19, an alliance led by the World Health Organization (WHO) said, but superpowers China and the United States did not sign up.

* The Federal Reserve remains committed to using all the tools at its disposal to help the U.S. economy recover from the blow delivered by the pandemic, Chairman Jerome Powell said.