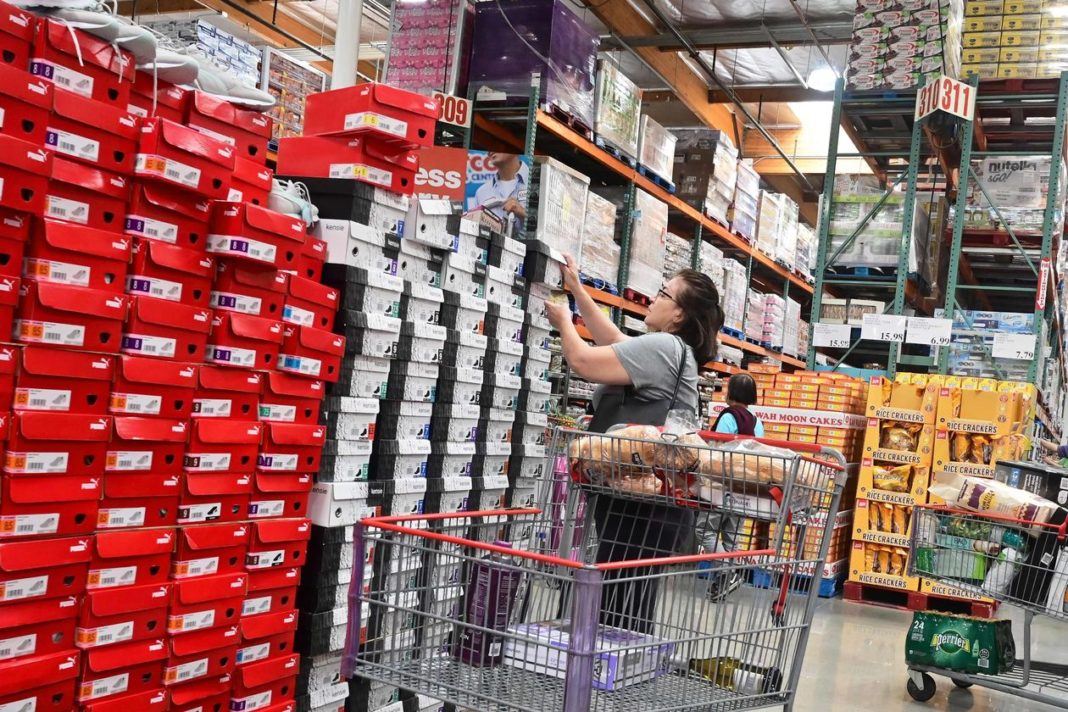 American shoppers pulled back on spending in September, signaling a key support for the U.S. economy this year could be softening amid a broader global economic slowdown.

Retail sales—a measure of purchases at stores, at restaurants and online—decreased a seasonally adjusted 0.3% in September from a month earlier, the first monthly decline since February, the Commerce Department said Wednesday. Excluding vehicles and gasoline, categories that can be volatile, September retail sales were flat.

Wednesday’s report suggested consumer spending was on less solid footing amid concerns that trade tensions are weighing on the global economy and dampening consumers’ outlook. Consumer spending is the main driver of the U.S. economy, accounting for more than two-thirds of economic output.

“This morning’s report forces eternal optimists to face the possibility household spending may be moderating along with a decline in fundamentals,” Lindsey Piegza, Stifel chief economist, wrote in a note to clients.

September’s decrease in retail sales was driven in part by a 0.9% decline in spending on vehicles, which reflects a pullback from a strong 1.9% gain in August. Lower fuel prices weighed on sales at gasoline stations, which fell 0.7%.

Some economists said the drop in vehicle and gasoline sales paints a more mixed picture than the decline in the headline retail sales number would suggest.

He noted that unit vehicle sales rose in September, citing figures from Autodata, in contrast to the dollar decline in vehicle sales reflected in Wednesday’s report.

Sales at nonstore retailers—a proxy measure for online retail sales—fell 0.3% in September, the first decline since December 2018 and one that Mr. Berson characterized as rare.

He said he would need to see “a lot more than one month of data, particularly one month of data that has all these anomalies,” before becoming overly concerned about a slowdown in consumer spending.

Consumers have been buoyed by an unemployment rate at a half-century low and prices that have risen modestly despite a U.S.-China trade war that only recently showed signs of easing. The National Association of Home Builders said Wednesday its housing-market index rose three points in October, to 71 from a revised level of 68 in September, reflecting an increase in U.S. home-builder confidence.

Retail sales can be volatile from month to month, and the broader trend this year has shown steady growth. They rose in August by a revised 0.6%, more than previously estimated. Sales increased 1.5% in the July-through-September period compared with the previous three months.

Yet, September’s slowdown in retail sales followed recent data that have suggested uncertainties around trade are weighing on other parts of the global economy. Personal-consumption expenditures—a separate measure of U.S. consumer spending—slowed more than expected in August. Manufacturing- and service-sector activity in the U.S. and eurozone has also seen a slowdown.

Forecasting firm Macroeconomic Advisers predicted U.S. gross domestic product grew at a 1.3% seasonally adjusted annual pace in the third quarter, compared with a 2.0% annual rate in the second quarter and a 3.1% pace in the first.

Trey Kraus, owner and president at Carltons Men’s and Women’s Apparel in Rehoboth Beach, Del., said he raised prices on almost every item in his store because of U.S. tariffs placed on Chinese imports. The store carries upscale clothing, and Mr. Kraus said the higher prices have deterred some of his customers from buying multiple items at once.

“Even though our business is up year over year, without the [price] increases, I would’ve anticipated five to 10% more in volume than what we are experiencing,” Mr. Kraus said.

Still, he characterized the store’s foot traffic as strong and said he has an optimistic outlook into the first quarter of 2020.

“I believe consumer confidence is still high in spite of a lot of the news that’s out there,” he said. “I don’t know what the statistics say, but that’s what I’m experiencing.”